Samantha: I had the perfect life; a husband who loved me, and two kids who were my world. Until someone else answered his phone and my perfect life shattered. When he died, I was left with answers he couldn't give me and a box full of lies. He left me broken.

Blake: I fell in love when I was fifteen, knowing she was the one. For five years, she was my everything—my every breath, every heartbeat, every thought. She made me promise to move on, promise to find love again, but I broke those promises because I can't move on. Two broken souls brought together by tragedy and heartbreak. Can a broken love story be fixed?

How do you put your life together again after a loss? Does it matter if the loss was colored by a betrayal or kept pristine through the age of the person when the event happened?

Samantha and Blake have both lived through loss, but different kinds of loss. They know how it feels to lost the person you thought was your other half, to lose the life you thought you were building, and to question how much of it was real, if it would have lasted, and if it would have stayed the same.

Samantha's husband, the father of her children, had another life. Another wife. And, as she discovers, felt more fulfilled with this other wife than with her. How do you move on from that? How do you raise your dead husband's children, when they lost their father, not the man who betrayed them. How do you go on?

Blake lost the love of his life when he was young. And, to answer the question of how you go on from that...he picked that you don't. That you let yourself get stuck in the past, that you barely live in the present.

And, then Blake meets Samantha. And, he wants her to move on, and move forward. To find the new her in the life that is hers in the now and not live in the past. But, in order to do that with her, he discovers that he also has to move forward.

This takes some time for both of them, and is complicated by the emotions of her dead husband's family, and the idea that moving on is forgetting him.

The story takes place at the same time as the other stories in the book, but literally from the other side of the first in the series, from the perspective of the other wife. Of the woman who didn't get the call from the hospital, but found out her husband was dead when his second family reached out on his phone. It's the other side of the awful string of events that started in the first book, the other page of the story, and the last part of the puzzle to put back all of the broken pieces into a new normal and a new happy.

This book is emotional, it's gripping, and it's moving. It's also exactly what you wanted from Samantha's story. It's a standalone, but it's also not one. While you can read just this one, I would recommend reading the others in the series (or at least the 1st one) to really understand the emotional depth in this book.

I have been waiting for this book since I read the first in the Love Story books, Perfect Love Story. Now, that being said you CAN enjoy Broken Love Story as a standalone. This story is complex, different, moving and had enough sweetness to make me sigh and tear up. I absolutely loved it.

Samantha is dealt a crushing blow immediately. That's certainly not a spoiler. I wanted to see how she would work through this process, how she'd grow and change. She's placed in a hellish situation, honestly, and has so much going on. But you have to root for her. You just have to. She deserves it, frankly.

Blake, oh my Blake. I have been waiting to see him evolve and this book did not disappoint. I love that as he pushed Samantha he pushed himself, learned more about himself. Getting to watch him come back to life instead of living a shell was fantastic.

These two do NOT have an easy journey by any means. But it's the perfect journey for them. A journey full of love, sure, but also all the uncomfortable things in life too. It's messy and uncomfortable in spots, moments that left me in tears. But together they show each other how to heal and live and it is just beautiful.

I love how this Author tells a story. This is a tricky plot and she doesn't shy away from anything uncomfortable. The writing was great and the pacing was perfect. I loved most of the supporting characters-we knew quite a few of them-and I really disliked a few. But again, that's life isn't it? This book was a beautiful example of two broken people learning to live again and heal. I would absolutely recommend this book-as well as the others that take place simultaneously-and can't wait to see what this author comes up with next. 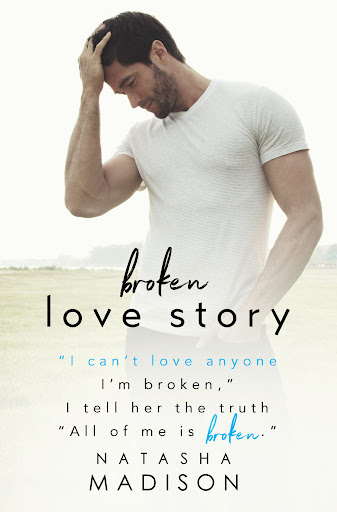