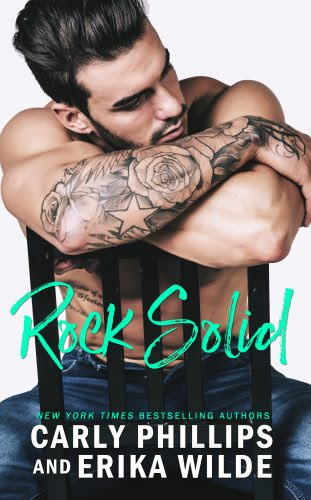 Connor Prescott doesn't do one night stands (yes, ladies, he's an anomaly) so when he meets a beautiful woman during a snowed in night at the airport who wants to forget her heartache, he makes an exception. Their night together is incendiary, and by morning Connor wants more . . . except his sexy stranger is gone. He's pretty sure he'll never see her again, until three and a half years later she finds him, and changes his entire world with three little words . . You're a daddy.

Rock Solid was a solid book for me. It had elements I've come to expect from these authors-a sexy alpha male, swoon worthy moments and sexy times. I was a little leery of this book before starting it-secret baby is not usually one of my favorite things to read-but I love these authors so I wanted to give it a go.

Katie has had a rocky past with relationships. She's complicated, which I think to some might be frustrating but she really had her reasons for behaving how she did. I like that she did let her guard down in the book and she grew as a person, just maybe not at the pace I would have liked.

Holy hell, Connor. He's definitely hot, definitely swoony and great at dirty talk. But as much as I loved seeing him try to pursue Katie, I adored seeing him with Val. Those two had some amazing moments. Not everyone would handle the curveballs Katie threw at Connor as well as he did. I really liked him.

There's definitely sparks with these two. There's a connection that you just believe (even if Katie didn't want to acknowledge it). This book definitely had some kindle melting moments in it for me. Aside from the relationship between Katie and Connor I really liked seeing the relationship between Connor and Val. Val was just adorable in this book!

The writing here was good, with these authors it always is. There were some moments where I wanted a bit more from the characters, particularly Katie, and there were definitely a couple issues that got glossed over. That being said, overall I did really like the book. I thought it was a fun, fast read. I would recommend this title.

Connor and Katie meet while they are stranded at the airport due to weather, and they have what she decides is a one night stand (he had other ideas, but she was gone the next morning).

Fast forward 3 years, and Connor has a daughter.

I liked how this was handled, mostly. I thought that there were places where it was too easy, and that a lot of the conflict was ignored. Well, maybe not ignored as the potential issues in the situation were addressed, but I felt that they were glossed over.

Overall, this was well written and I enjoyed it, there were just a couple of areas where I felt that there could have been more and that some of the story was a little too simple. 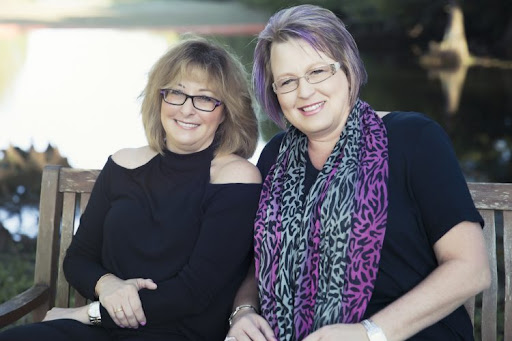 Carly Phillips After a successful fifteen-year career with various New York publishing houses, and over 40 sexy contemporary romance novels published, N.Y. Times and USA Today Bestselling Author Carly Phillips is now an Indie author who writes to her own expectations and that of her readers. She continues the tradition of hot men and strong women and plans to publish many more sizzling stories. Carly lives in Purchase, NY with her family, two nearly adult daughters and two crazy dogs who star on her Facebook Fan Page and website. She's a writer, a knitter of sorts, a wife, and a mom. In addition, she's a Twitter and Internet junkie and is always around to interact with her readers.