To catch a thief…or fall for one?

All Nick Norton wants is to stay on the straight and narrow…and never get caught stealing again. Then he lays eyes on her: Stella Peretti—100 percent sexy and absolutely irresistible. Especially when he sees her smooth moves lifting a two-karat diamond. Nick realizes he’s found the sparkling woman of his dreams—one so perfect for him it’s almost criminal.

The Shimmy Shimmy Bangs are master jewel thieves who are planning the heist of the century. And Shimmy leader, Stella, isn’t about to let anyone—even if he is a hunky, tatted-up studmuffin—get in her way. But when two of her girls are put out of commission, Stella realizes that Nick isn’t just a red-hot distraction. He might be the answer to her pilfering prayers.

Now, Nick and Stella are putting everything on the line for one last job. But when two thieves have this much chemistry, it’s only a matter of time before somebody’s heart gets stolen. 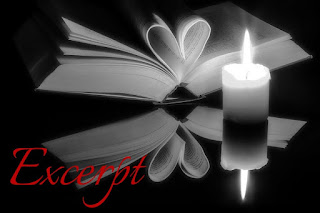 “Niiiiiiick!” came her voice, more of a growl that an actual word. “Get me out of here. My legs are going numb!” To the bathroom I went, where I was met not only with Stella’s pinch-worthy ass in the window, but also an explosion of towels and makeup, shampoos and lotions, on every flat surface, and all over the floor. Dozens of makeup brushes poked out of an old coffee can by the sink, which was encrusted with jewels like Stella’s phone. Stella had managed to tangle her legs up with toilet paper like the back end of a sloppily wrapped mummy, so I pulled that off her first. She’d also gotten her belt loop hooked over the lock on the window, so I unhooked that too. But I didn’t pull her out quite yet, because her ass was just too hot to ignore. She was still in the same jeans she’d been wearing last night, and I took the chance to run my hand up the back of one thigh. I leaned down, and gave her a kiss on the small of her back. Her body went limp in the window, and she let out a moan. Once I’d had my fix, I hooked my arm underneath her hips and gave her a tug. I absolutely loved the way her skin felt next to mine, especially like this, when she was way too out of her element to feel self-conscious. The muscles of her stomach weren’t flexed, and I felt the soft curves and lines like she hadn’t let me feel them before. The narrow strip of skin where her T-shirt had ridden up made all those cliché terms make sense. Soft as silk. Sweet as cream. Fucking heaven.

About the Author
Bestselling author Nicola Rendell loves writing naughty romantic comedies. After receiving a handful of degrees from a handful of places, she now works as a professor in New England. Nicola’s work has been featured in USA Today’s Happy Ever After and the Huffington Post. She loves to cook, sew, and play the piano. Her hobbies might make her sound like an old lady, but she’s totally okay with that. She is represented by Emily Sylvan Kim at the Prospect Agency.