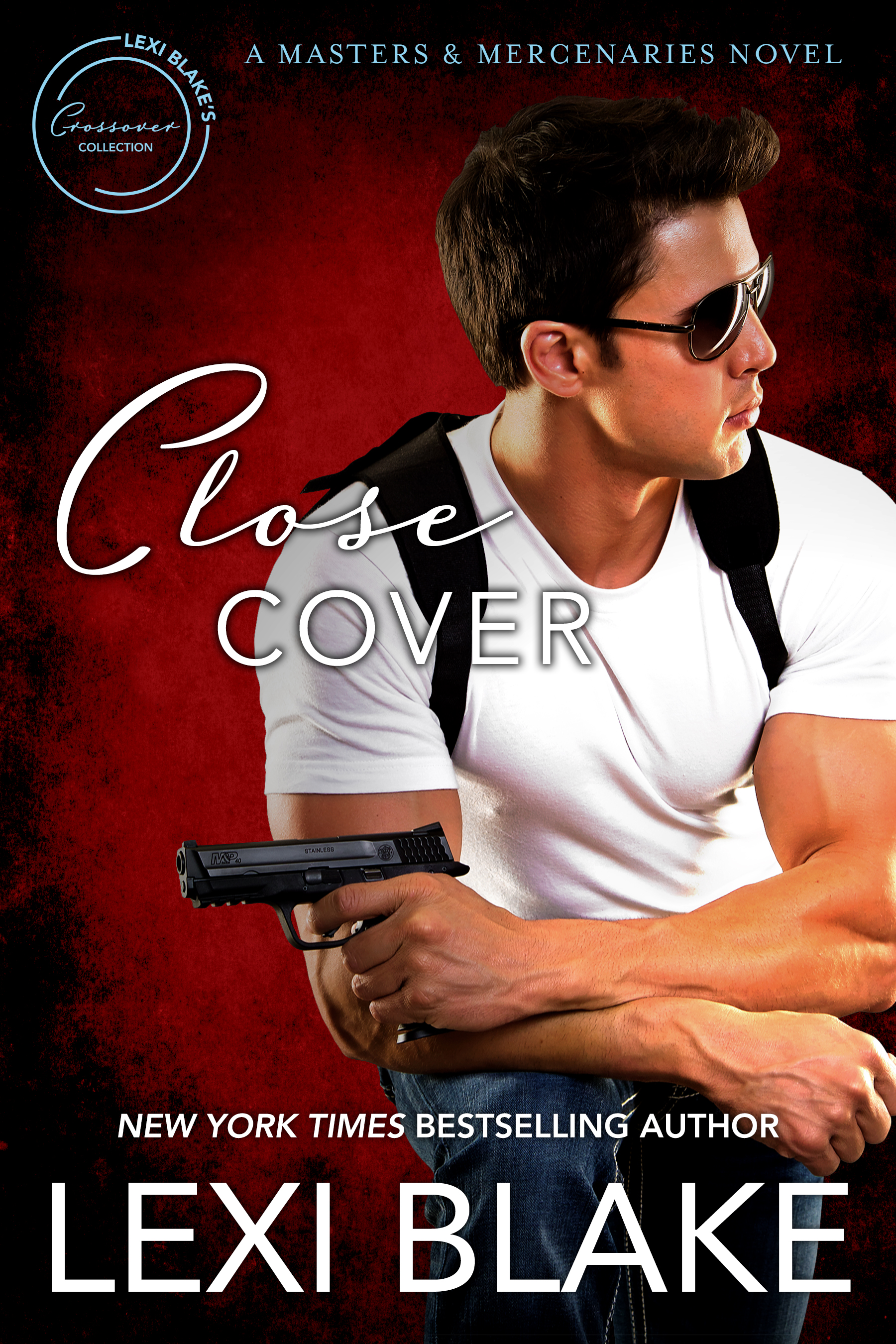 Remy Guidry doesn’t do relationships. He tried the marriage thing once, back in Louisiana, and learned the hard way that all he really needs in life is a cold beer, some good friends, and the occasional hookup. His job as a bodyguard with McKay-Taggart gives him purpose and lovely perks, like access to Sanctum. The last thing he needs in his life is a woman with stars in her eyes and babies in her future. Lisa Daley’s life is finally going in the right direction. She has finally graduated from college after years of putting herself through school. She’s got a new job at an accounting firm and she’s finished her Sanctum training. Finally on her own and having fun, her life seems pretty perfect. Except she’s lonely and the one man she wants won’t give her a second look. There is one other little glitch. Apparently, her new firm is really a front for the mob and now they want her dead. Assassins can really ruin a fun girls’ night out. Suddenly strapped to the very same six-foot-five-inch hunk of a bodyguard who makes her heart pound, Lisa can’t decide if this situation is a blessing or a curse. As the mob closes in, Remy takes his tempting new charge back to the safest place he knows—his home in the bayou. Surrounded by his past, he can’t help wondering if Lisa is his future. To answer that question, he just has to keep her alive. 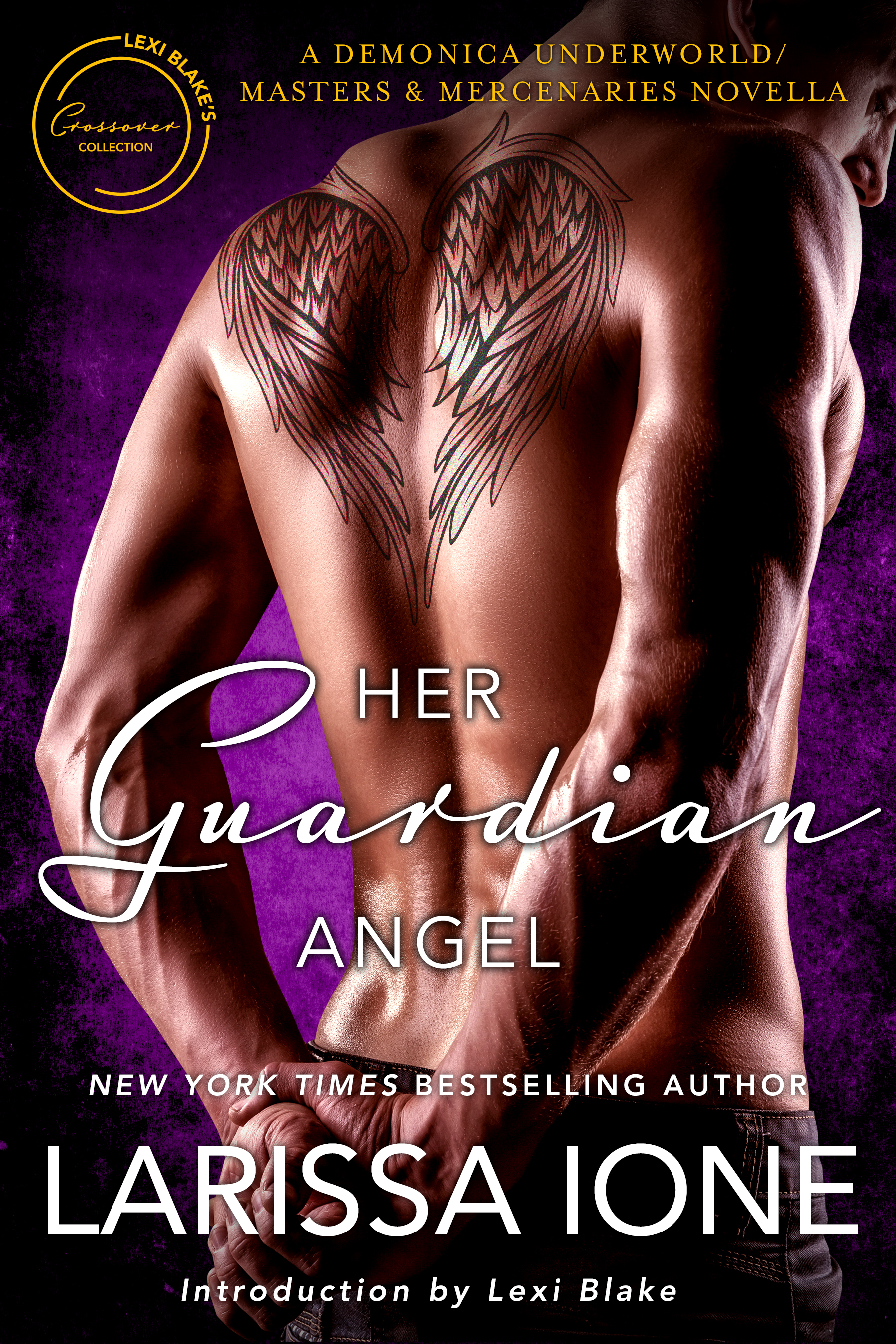 HER GUARDIAN ANGEL by Larissa Ione

After a difficult childhood and a turbulent stint in the military, Declan Burke finally got his act together. Now he’s a battle-hardened professional bodyguard who takes his job at McKay-Taggart seriously and his playtime – and his playmates – just as seriously. One thing he never does, however, is mix business with pleasure. But when the mysterious, gorgeous Suzanne D’Angelo needs his protection from a stalker, his desire for her burns out of control, tempting him to break all the rules…even as he’s drawn into a dark, dangerous world he didn’t know existed. Suzanne is an earthbound angel on her critical first mission: protecting Declan from an emerging supernatural threat at all costs. To keep him close, she hires him as her bodyguard. It doesn’t take long for her to realize that she’s in over her head, defenseless against this devastatingly sexy human who makes her crave his forbidden touch. Together they’ll have to draw on every ounce of their collective training to resist each other as the enemy closes in, but soon it becomes apparent that nothing could have prepared them for the menace to their lives…or their hearts. 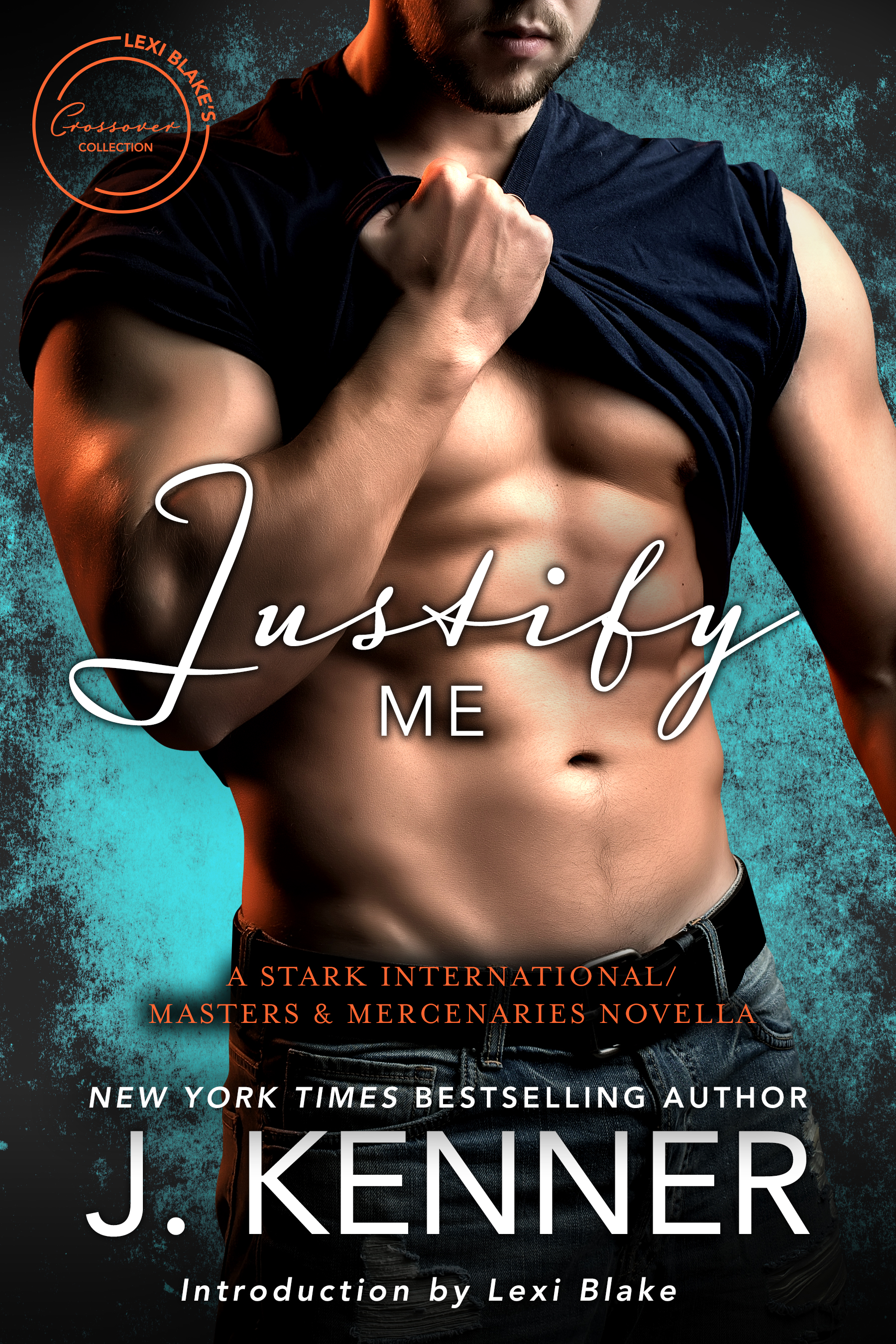 JUSTIFY ME by J. Kenner

McKay-Taggart operative Riley Blade has no intention of returning to Los Angeles after his brief stint as a consultant on mega-star Lyle Tarpin’s latest action flick. Not even for Natasha Black, Tarpin’s sexy personal assistant who’d gotten under his skin. Why would he, when Tasha made it absolutely clear that—attraction or not—she wasn’t interested in a fling, much less a relationship. But when Riley learns that someone is stalking her, he races to her side. Determined to not only protect her, but to convince her that—no matter what has hurt her in the past—he’s not only going to fight for her, he’s going to win her heart. Forever.

Riley and Tasha were fun. And sexy, and it was great to get to know them, and to read their story.

All of the crossover books were great, and they did a wonderful job of ending the McKay/Taggart series, and tying up the lose ends with the characters who were secondary in earlier books, but left an impression.

I enjoy J. Kenner. I like her writing style, and her characters, and the situations she puts them in, they are always believable and feel authentic. This was so fun, and the whole masters and mercenaries has been a fun idea from the beginning, so I enjoyed the element in this title.

I am sorry to see this series end, but I have enjoyed my way through all of them and I recommend this title. 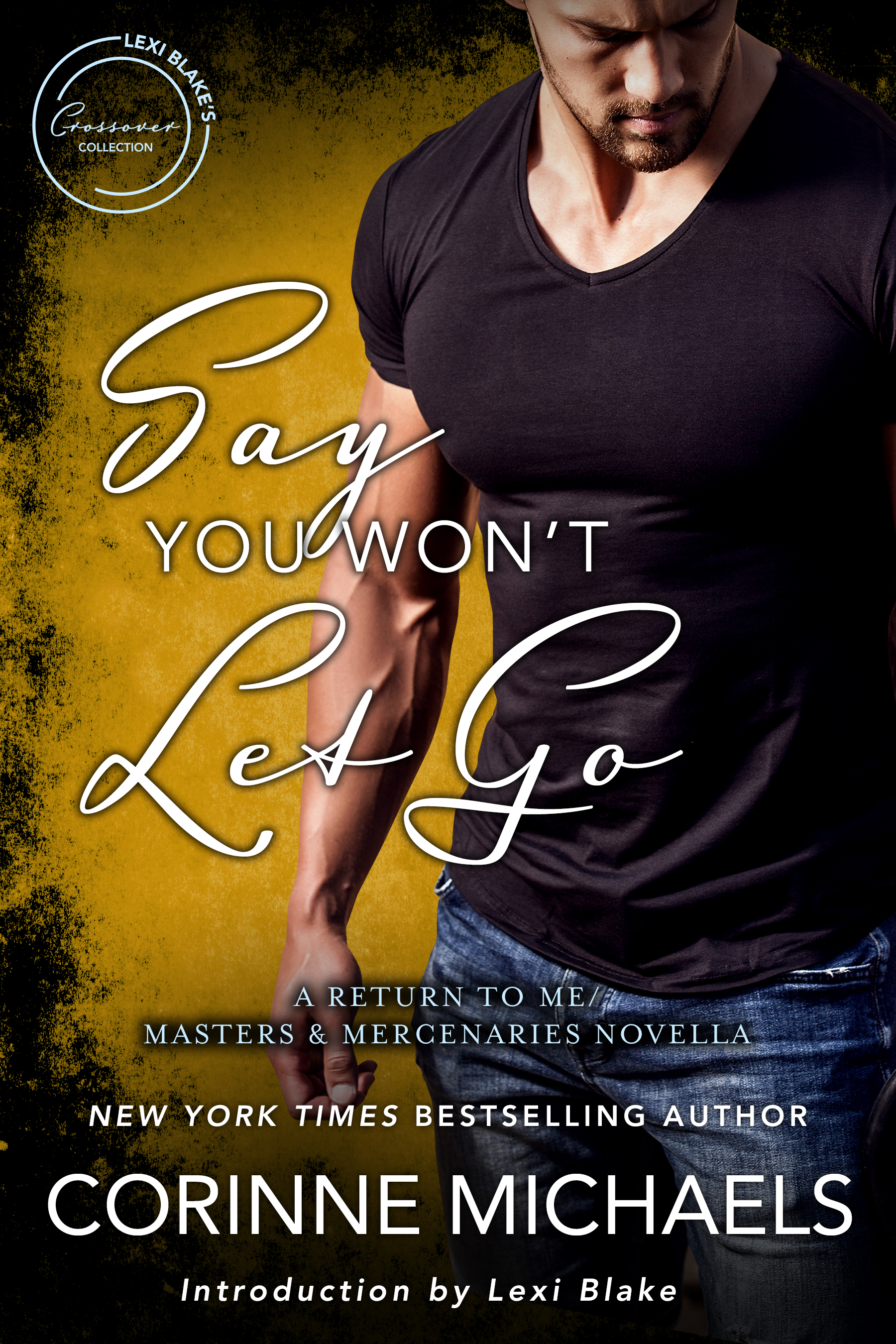 I’ve had two goals my entire life: 1. Make it big in country music. 2. Get the hell out of Bell Buckle. I was doing it. I was on my way, until Cooper Townsend landed backstage at my show in Dallas. This gorgeous, rugged, man of few words was one cowboy I couldn’t afford to let distract me. But with his slow smile and rough hands, I just couldn’t keep away. Now, there are outside forces conspiring against us. Maybe we should’ve known better? Maybe not. Even with the protection from Wade Rycroft, bodyguard for McKay-Taggart, I still don’t feel safe. I won’t let him get hurt because of me. All I know is that I want to hold on, but know the right thing to do is to let go… 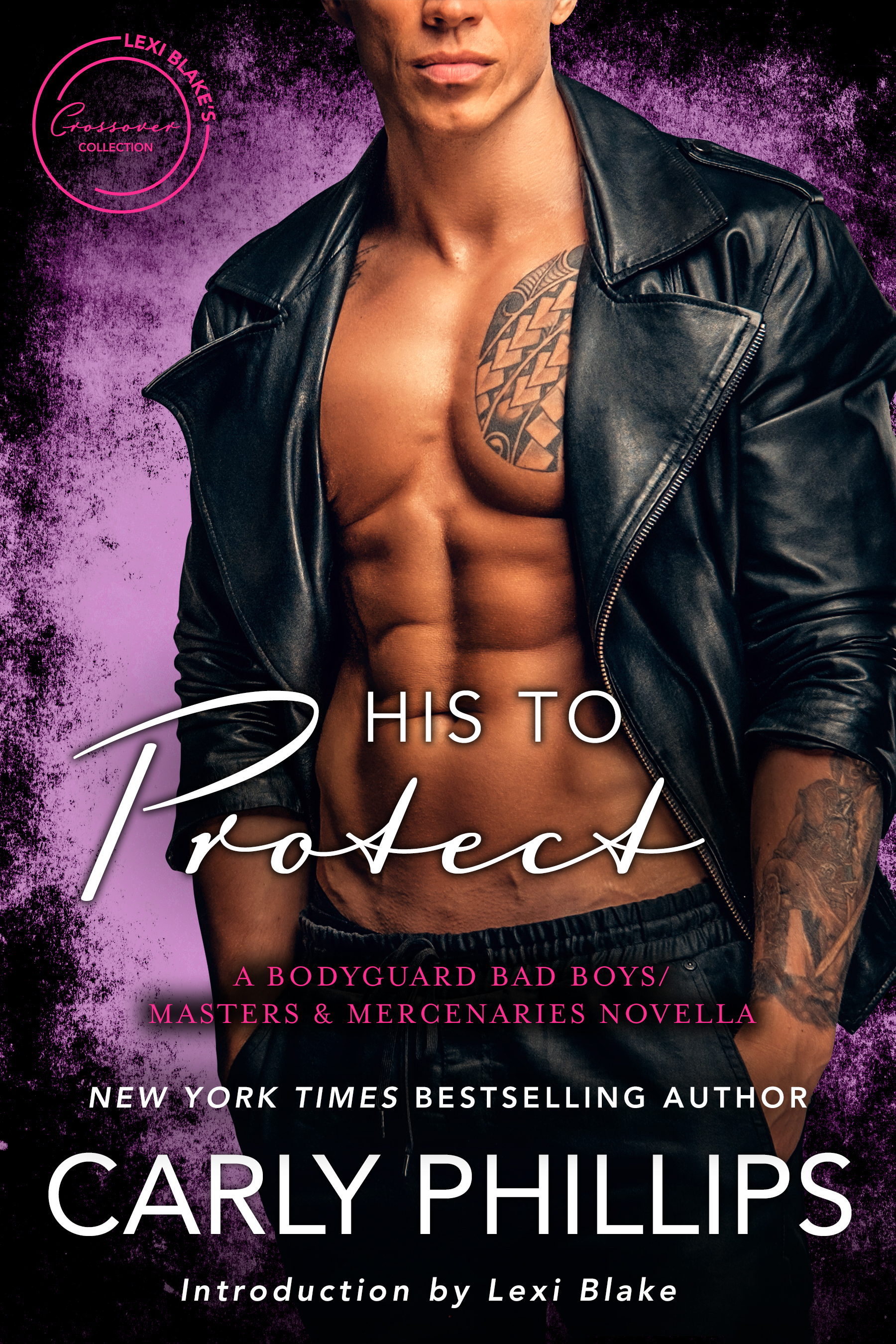 HIS TO PROTECT by Carly Phillips

Talia Shaw has spent her adult life working as a scientist for a big pharmaceutical company. She’s focused on saving lives, not living life. When her lab is broken into and it's clear someone is after the top secret formula she’s working on, she turns to the one man she can trust. The same irresistible man she turned away years earlier because she was too young and naive to believe a sexy guy like Shane Landon could want her. Shane Landon’s bodyguard work for McKay-Taggart is the one thing that brings him satisfaction in his life. Relationships come in second to the job. Always. Then little brainiac Talia Shaw shows up in his backyard, frightened and on the run, and his world is turned upside down. And not just because she’s found him naked in his outdoor shower, either. With Talia's life in danger, Shane has to get her out of town and to her eccentric, hermit mentor who has the final piece of the formula she’s been working on, while keeping her safe from the men who are after her. Guarding Talia's body certainly isn't any hardship, but he never expects to fall hard and fast for his best friend’s little sister and the only woman who’s ever really gotten under his skin.

Honestly, there's nothing that could go wrong here.

And nothing did. Talia and Shane are wonderful. Their first meeting while he's in the outdoor shower had the perfect balance of heat, attraction and mortification. I was laughing, and cringing.

There were some poignant moments, and you really felt the trust and the connection between them.

As always, the writing was strong, the characters were well developed, and the story was fun overall. 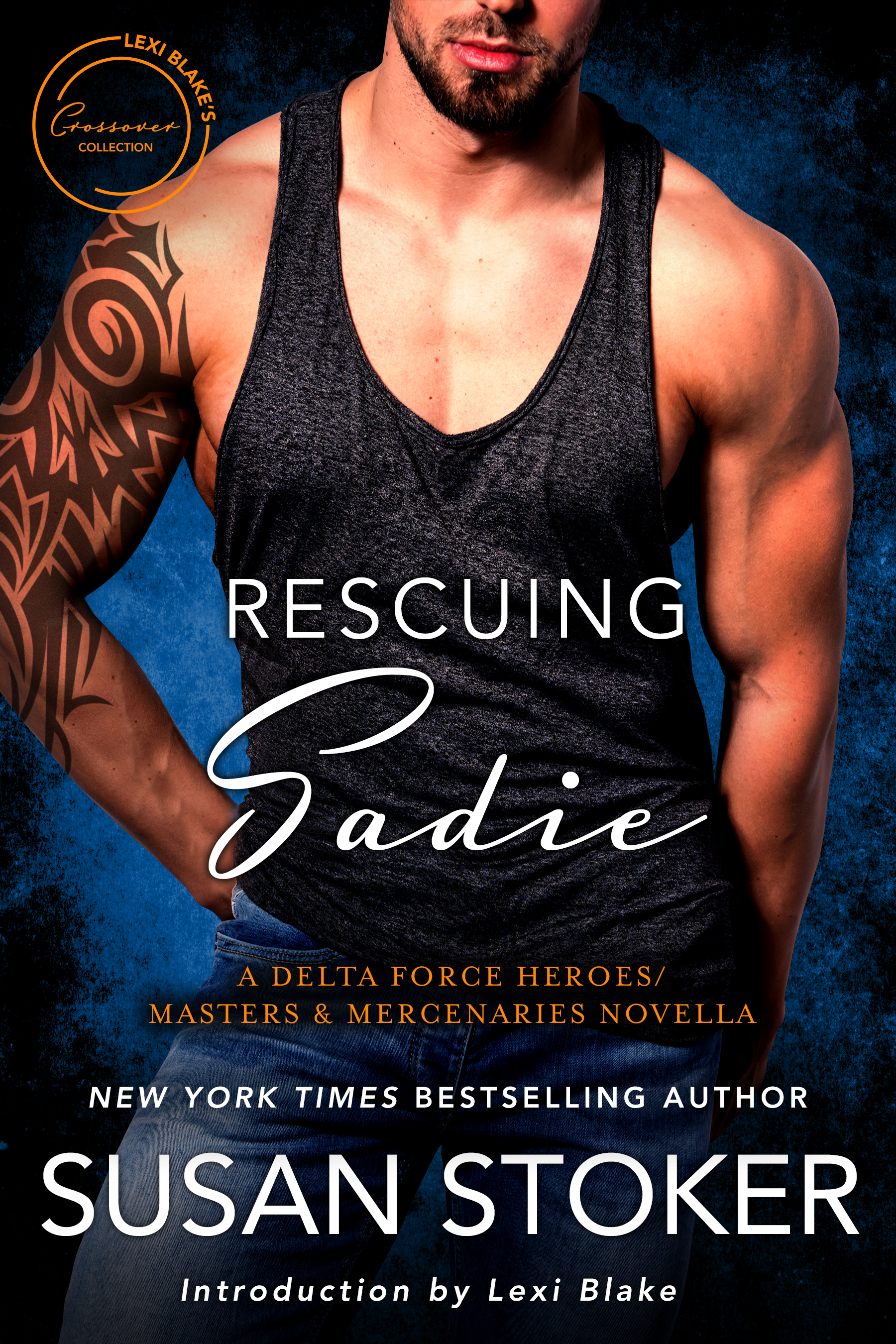 Sadie Jennings was used to being protected. As the niece of Sean Taggart, and the receptionist at McKay-Taggart Group, she was constantly surrounded by Alpha men more than capable, and willing, to lay down their life for her. But when she visits her friend in San Antonio, and acts on suspicious activity at Milena’s workplace, Sadie puts both of them in the crosshairs of a madman. After several harrowing weeks, her friend is now safe, but for Sadie, the repercussions of her rash act linger on. Chase Jackson, no stranger to dangerous situations as a captain in the US Army, has volunteered himself as Sadie's bodyguard. He fell head over heels for the beautiful woman the first time he laid eyes on her. With a Delta Force team at his back, he reassures the Taggart's that Sadie will be safe. But when the situation in San Antonio catches up with her, Chase has to use everything he's learned over his career to keep his promise...and to keep Sadie alive long enough to officially make her his.

I enjoyed this title overall. I liked Sadie and Chase together, and I liked that she really did believe he was not interested in her. She was wrong, and he let her know this, in no short order.

However, I thought the declaration he gave her was a little too quick.

I liked that we got to know the characters, and the way they were not only with one another, but with others in their lives.

However, there were a few points in the book where I felt it was a pretty safe guess as to the political affiliation of the author, which is something that annoys me in books. It wasn't bad in this one, but there were glimpses.

i think this is how I felt about most of the book...parts I enjoyed and parts I was not able to really connect with as well. I did enjoy it overall, and this is an author I really like, but this was not my favorite of the series. However, as a fan of the McKay/Taggart world, I was glad I read it. 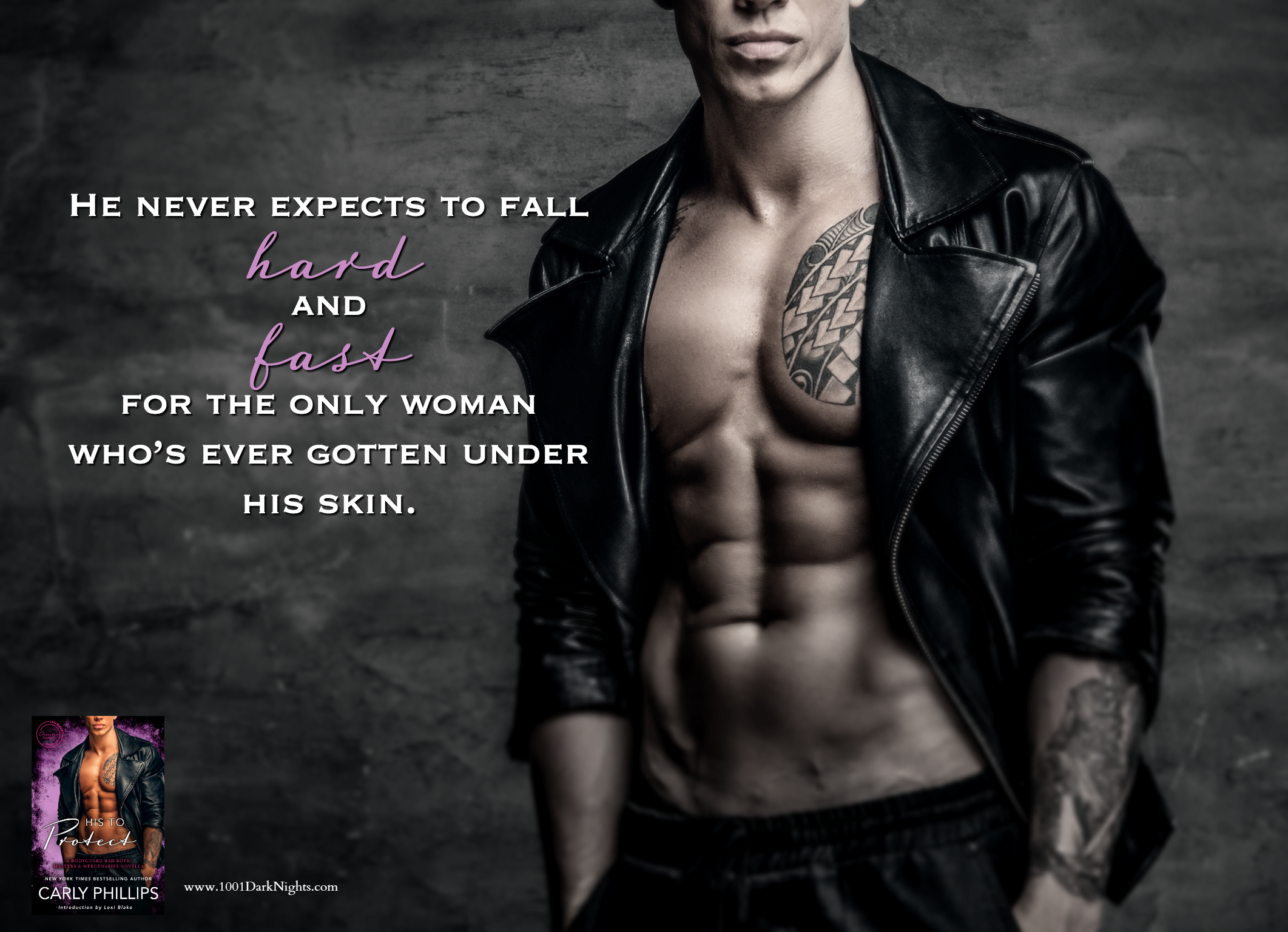 His to Protect by Carly Phillips

Shane narrowed his gaze, not liking the sound of that at all. “I’ll get to the bottom of it,” he promised, knowing his friend was in China and would be worried sick about his sister. “Keep in touch,” Tate demanded. “Will do.” Shane disconnected the call and looked at Talia. A woman he hadn’t seen since high school because, although he was good friends with her brother, he and Talia ran in different circles. They always had. A year younger, the little brainiac who’d tutored him in chemistry his senior year had saved his ass and enabled him to graduate. Too bad he’d been stupid enough to kiss her as a thank you, then shove his tongue down her throat and his hand up her shirt like she was a horny cheerleader and he was the football captain copping a feel. Which he had been. But she wasn’t that kind of girl. She’d deserved better. No wonder she’d pushed him away and slammed the door in his face, avoiding him afterward. Then life had taken them their separate ways. But now she needed him and he found irony in that. He had wrapped the towel around his waist and tucked the corner in to keep it in place. Folding his arms across his chest, he pinned her with his most serious gaze. “Tate says you’re in trouble. And I can’t help you unless I know the extent of it. So let’s hear it,” he said, getting down to what he did best. Business. Because if he kept staring at her porcelain skin, big brown doe eyes, and silky, chocolate-colored hair falling haphazardly and adorably out of a bun on the back of her head, his cock wouldn’t go down and this situation would remain embarrassing. Apparently she still made him lose control just as she’d done years ago. 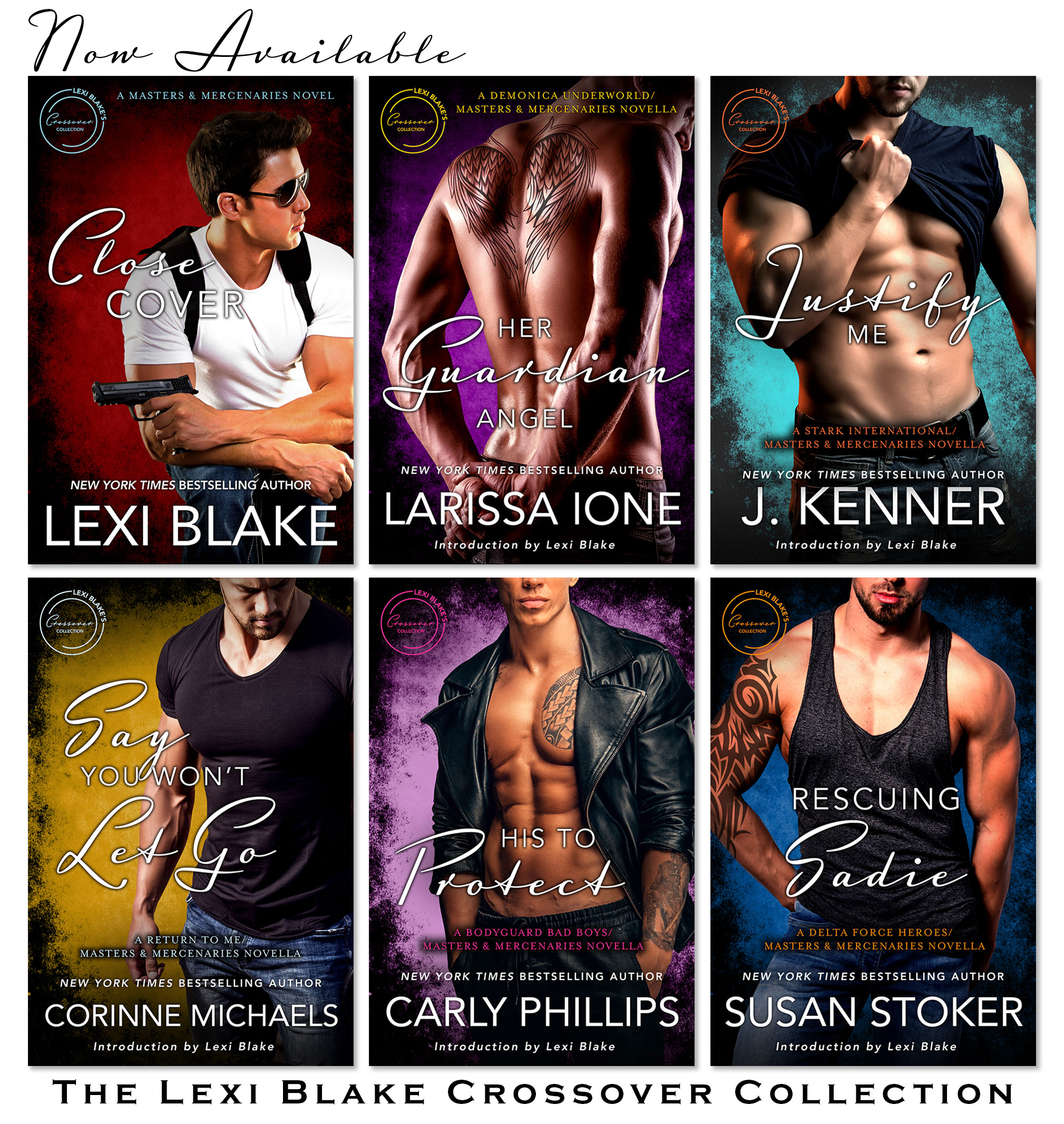 Carly Phillips is the New York Times and USA Today Bestselling Author of over 50 sexy contemporary romance novels, including the Indie published, Dare to Love Series. She is happily married to her college sweetheart, the mother of two nearly adult daughters and three crazy dogs. Carly loves social media and is always around to interact with her readers.