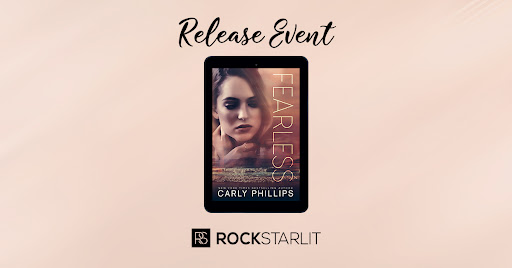 Fearless by Carly Phillips is now available everywhere!  See what we had to say about it below! 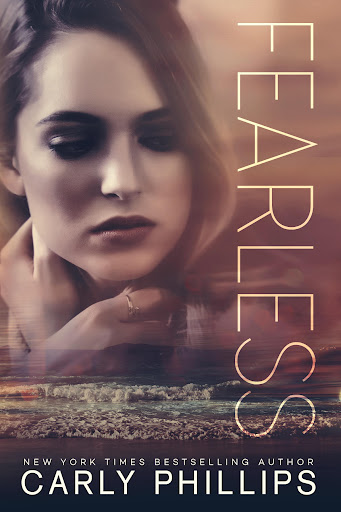 Fall in love with the Wards… Mechanic and garage owner, Kane Harmon is used to the wealthy beautiful women visiting his beach town. He doesn't get involved because he knows most females would merely be slumming for the summer. Except Halley Ward isn't just passing through. She lives a solitary life in a bungalow on the beach. A woman tormented by her past, distant from her wealthy family, different from Kane's usual fare of town girls who know his M.O.- Don't expect more than he's willing to give. Kane rescues Halley and her broken down car from the side of the road and instantly he's hooked. She says she's not interested in him. He knows she lies. And he makes it his mission to bring her back to life, to return her emotionally to her family. To show her the colors around her were as vibrant as the ones she puts on her canvas. Until past meets present and threatens all the progress they've made. Then it's Halley's turn to step up and stand up for the relationship and life she's finally coming to believe she deserves.

I'm a huge fan of Carly Phillips. When I see that she has a new book coming out I know I'll be checking it out and Fearless was no exception to that. Overall I enjoyed this new standalone from this author.

I fell for Kane pretty quickly. He's such a good guy. He has a lot of things that he's juggling and he doesn't want to juggle another woman who is just passing through his town. He's been burned in the past with situations like that so he keeps himself distanced. I understood his struggles and related to them a bit. I absolutely loved him.

I read through this book quickly. I always do when it comes to a Carly Phillips book. The story flowed well and I enjoyed it overall. I would recommend this book.

I enjoyed this title. It felt a little different than the usual for Carly Phillips, and it is always fun when an author you enjoy writes something that feels like that.

Halley and Kane are both dealing with things in their pasts, and their present, that color the lives they are living now. This gives them a connection that is not easily ignored, as there is an attraction between them and it is deeper than the physical one that initially draws them together.

I loved that Halley is a little damaged, but aware of it. And that she knows herself, and takes the time to make sure that she is in the right place to fully commit to being involved with Kane. I enjoy books where the romance is the catalyst to the change, and sometimes the reason for the reflection, but doesn't suddenly make everything perfect.

There were a couple of places where I found the dialogue a little clunky, which is odd for me for a book by Carly Phillips, so I think that was probably just me and something no one else will notice, but there were a couple. Not enough to ruin the story, so all good there.

Overall, I enjoyed this and I am really looking forward to the next in the series. I recommend this title. 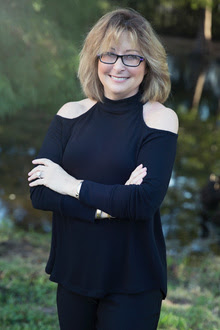 After a successful fifteen-year career with various New York publishing houses, and over 40 sexy contemporary romance novels published, N.Y. Times and USA Today Bestselling Author Carly Phillips is now an Indie author who writes to her own expectations and that of her readers. She continues the tradition of hot men and strong women and plans to publish many more sizzling stories. Carly lives in Purchase, NY with her family, two nearly adult daughters and two crazy dogs who star on her Facebook Fan Page and website. She's a writer, a knitter of sorts, a wife, and a mom. In addition, she's a Twitter and Internet junkie and is always around to interact with her readers.