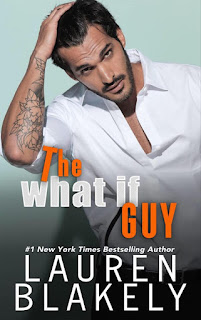 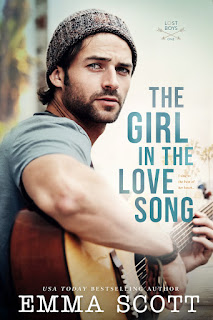 Melissa's Pick
The What If Guy by Lauren Blakely

It should be an easy rule to follow - don't bang your boss... But I didn't know who he was when I met him. And the first time I saw him, our connection sounded like the stuff of romantic legends -- that whole "their eyes locked across a crowded room" moment that turned into more.I didn't believe it. . . . until it happened to me. Fine, the charming, clever, sexy-as-sin guy in the tailored suit was only trying to buy the same Snoopy lunchbox (as a gift!), but still, our eyes totally locked, and my lady parts definitely tingled as we vied for the prize. Naturally, I did what any badass business woman would do. Negotiated for the lunchbox, then found my what-if guy online and made plans to see him the next night. One night only -- that was the deal we made. But one fantastic night had us both changing our minds in the morning. And making plans for another. Until I walked into the office to learn he just bought my company. And here's the biggest rule of romantic legends -- no matter what, don't bang your boss. Especially if you're already falling for him. THE WHAT IF GUY is a sexy standalone you can escape into! The other standalone romances in The Guys Who Got Away series include The What If Guy!
What We Said About The What If Guy

The What If Guy Release Blitz

The Girl In The Love Song by Emma Scott

Miller Stratton is a survivor. After a harrowing childhood of poverty, he will do anything it takes to find security for himself and his mom. He’s putting all his hopes and dreams in the fragile frame of his guitar and the beauty he creates with its strings and his soulful voice.

No one expects to meet the love of their life at age thirteen. But the spunky rich girl steals Miller’s heart and refuses to give it back.

Violet McNamara’s life hasn’t been as simple as it looks. Her picture-perfect family is not so perfect after all. Her best friend Miller is her one constant and she is determined not to ruin their friendship with romantic complications.

Labels: Emma Scott, Lauren Blakely, The Girl in the Love Song, The What If Guy, Top Eleven of 2020