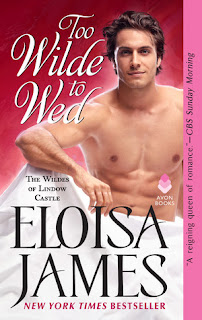 The handsome, rakish heir to a dukedom, Lord Roland Northbridge Wilde—known to his friends as North—left England two years ago, after being jilted by Miss Diana Belgrave. He returns from war to find that he's notorious: polite society has ruled him "too wild to wed."

Diana never meant to tarnish North's reputation, or his heart, but in her rush to save a helpless child, there was no time to consider the consequences of working as a governess in Lindow Castle. Now everyone has drawn the worst conclusions about the child's father, and Diana is left with bittersweet regret.

When North makes it clear that he still wants her for his own, scandal or no, Diana has to fight to keep from losing her heart to the man whom she still has no intention of marrying.

Yet North is returning a hardened warrior—and this is one battle he's determined to win.

He wants Diana, and he'll risk everything to call her his own.

Diana jilted North, and not only surprised him with her disappearance but gave him a bit of a wake up call with the idea that maybe, just maybe, she didn't like him.

Things like this are news to a Duke.  Especially one who dresses at the height of fashion and never seems to have an inappropriate thought or emotion.

So, imagine his surprise when he returns home from war in the Colonies and discovers that she is not only living in his home, but is a governess and, to use his words, miraculously has his child.  he takes this rather well, I think,

And, the relationship goes from there, with a lot of back and forth, issues with her being a duchess as she was a governess, and other bits and pieces of other issues that come into play when a Duke sets his eye on a commoner.

Historical romance, by definition is a slow burn, as it is not exactly easy to manage a place (although greenhouses do seem popular) in which to have any sort of forbidden tryst.  They often find a way, but it is generally much later in the book and means that a lot of the book has to be balanced with the attraction of the characters and the storyline.

I thought this worked well, overall.  There were a few places where I was not totally convinced the actions of the characters worked, but overall, I enjoyed this title. 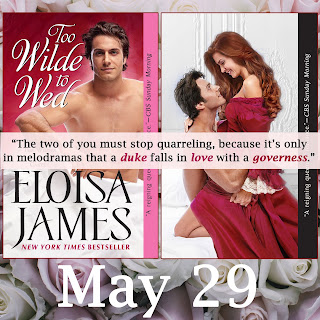