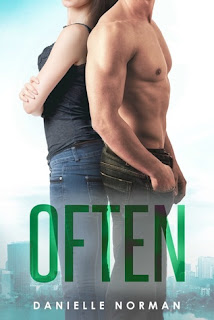 He wore suits and I wore biker boots.

He went to university and I went to trade school.

When my world was turned upside down, he took me in his arms and promised to help me find a new direction. Now I’ve lost my job, been separated from my friends, and any day an eviction notice was bound to show up.

Unfortunately, my journey was tougher than he had imagined. 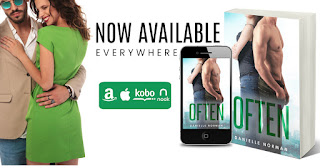 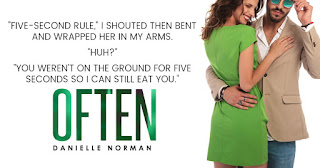 Before becoming a romance writer, Danielle was a body double for Heidi Klum and a backup singer for Adele. Now, she spends her days trying to play keep away from Theo James who won’t stop calling her or asking her out.

And all of this happens before she wakes up and faces reality where in fact she is a 50 something mom with grown kids, she's been married longer than Theo’s been alive, and now get her kicks riding a Harley.

As far as her body, she can thank, Ben & Jerry’s for that as well as gravity and vodka. But she says that she could never be Adele’s backup since she never stops saying the F-word long enough to actually sing.

Danielle writes about kickass women with even better shoes and the men that try to tame them (silly silly men).

a Rafflecopter giveaway
Posted by M at 8:00 AM