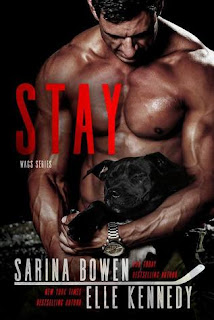 Can you fall in love with someone you've never even met?

Although it's against the rules for her to check his file, she's 95% sure she spends at least part of each day texting with her lifelong crush and catering to his every need. Still nursing a wounded heart thanks to her recent breakup, Hailey is perfectly content with some harmless online flirting... until she has to meet her client. Face to face. Cue: utter panic.

Matt Eriksson is no stranger to heartbreak. He's still not over the destruction of his marriage, and it sucks to be the only guy on the team who knows the truth—that hockey and long-term relationships are a toxic mix. He barely sees his kids, and dealing with his ex makes him feel insane. The only person in his life who seems to understand is someone who won't show her pretty face.

But it's nothing that a pair of fourth row hockey seats can't fix. Hailey can't resist the offer. Matt can't resist Hailey. Good thing he doesn't have to. Fire up the kiss cam!

I feel like I need to put a disclaimer here...I'm not a hockey fan. Sometimes I shy away from hockey books (even though I LOVE sports romance) because there are too many details thrown at me that I just don't know and can't follow. I never have to worry about that with Sarina Bowen and Elle Kennedy's writing. Though hockey is definitely a part of this book it doesn't consume it-the focus is on the characters and I loved it. This book is flirty, sexy, and fun. I absolutely loved it.

While this is technically the second book in the WAGs series from these authors this book can be enjoyed as a standalone. Stay gives us the story of Hailey and Matt and I loved every second of their journey.

I loved Hailey. She's co-owner of a brilliant business called Fetch. Clever and apt name, since basically Hailey runs a team of people who will literally fetch whatever someone needs. She's put her heart and soul into this business, focusing on its growth after her failed marriage to the co-owner of Fetch. Hailey's fun. She's sweet, she's somewhat shy with herself. I loved seeing her grow in this book, finding out what she liked, what she wanted. I was really proud of her, which seems odd to say about a fictional character I suppose, but Hailey felt like a girl I could know.

Matt Eriksson slayed me. This is a hot, sexy, vulnerable man. Yes, you read that right. Matt is so vulnerable and raw in this book. He's coming off of a failed marriage-in a time frame similar to Hailey's failed marriage-but he has so much self doubt. There were a couple moments where I wanted to shake him and other times I just wanted to slap his ex because I just didn't get it. I mean, this guy is a catch. Sweet, funny, sexy...and single?? It was great to see him find his confidence in his personal life again.

I adored these two together from their very first text message. They're flirty and fun and when Hailey realizes who Matt is? I couldn't stop laughing at her reaction. There's a chemistry between them that neither seem to know what to do with at first, and I liked that. I liked that they were confused about how to handle each other because it made the book that much more real for me. It made the journey to their resolution that more fun as well.

The supporting cast of characters is fantastic. If you've read works from these authors previously you'll see familiar faces. If you haven't read previous works, you're going to want to after you meet some of these people. They're a team and the way they behave around one another and play off each other is amazing. Also, there are some really adorable kids in this book, which just happen to be a weakness of mine.

The writing in this book is phenomenal. It's sharp, it's witty. But it's also realistic. The pacing of this book was great, too. It's a delicate balance with these characters figuring out the timing so that nothing seemed rushed but these authors absolutely nailed it.

This book is a fun, flirty look into two people who suddenly find themselves in a situation they didn't think they'd be in again. Watching them find their confidence again was so satisfying. This is a book I'll come back to time and again. I highly recommend this book!