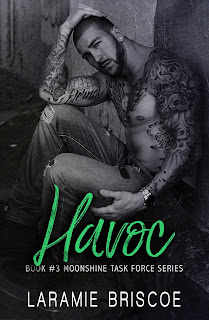 Holden “Havoc” Thompson
My job as the leader of the Moonshine Task Force is my life. I eat, breathe, and sleep it. The men under my command mean the world to me. Knowing they count on my guidance has kept my demons at bay for longer than I care to admit.

The control I have over myself is an iron fist that sometimes threatens to squeeze the life out of me. What I want more than anything is to live again – let go of the hurt smothering every bit of light I have in this darkness.

I don’t expect it to come in the form of a Moonshiner’s daughter needing my protection.

My whole life has been defined by who my family is. In the state of Alabama, we’re number one with a target on our backs. The danger and prestige isn’t for me. I don’t care about the money, and I care too much about the families we’ve ruined.

My brother and my dad are proud of it. They wear their arrest records like a badge of honor. Me? I want as far away from the lifestyle as I can get.

It’s the only reason I ask Holden to marry me. At least that's what I tell myself.

I never expect his whispered yes to cause such upheaval in my life. Even though I resist, I learn some havoc is good – and this one? It’s a whirlwind of lust, hope, and love and all I can do is let it sweep me away.

I am back and forth on this one. Did I like it? Yes. Did I think the past books were, maybe, a little more of a focus in this one than they were in the others? A little, yes.

Havoc and Leighton are, and aren't, a marriage of convenience. there is an attraction between them, and they are both curious where the relationship will take them, but they both seem reluctant to move to the next step with their marriage. Leighton is worried that the leader of the Moonshine Task Force is able to forget that she is the daughter of the biggest moonshiner in the area. Havoc is worried about the age gap. Although it is not really addressed, the impression is that he is about 15 years older than Leighton.

For me, this lack of understanding as to why they were waiting kept me from being able to fully engage with the book and the characters. I liked it overall, but I wanted to see more of them together, and less of them deciding how things would possibly progress.

I do recommend this book, overall. 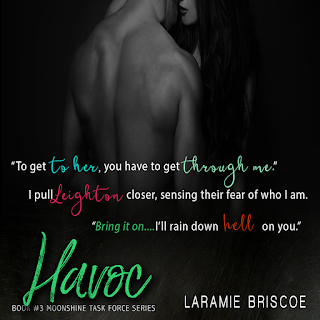 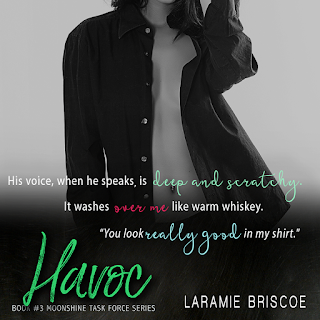 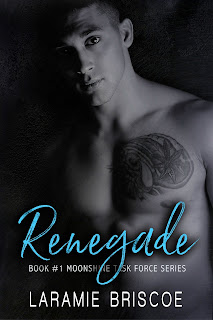 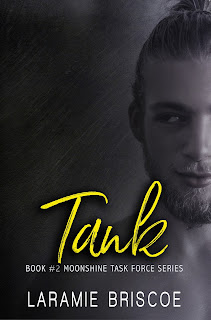 Laramie Briscoe is the best-selling author of the Heaven Hill Series & the Rockin' Country Series.

Since self-publishing her first book in May of 2013, Laramie Briscoe has published over 10 books. She's appeared on the Top 100 Bestselling E-books Lists on iBooks, Amazon Kindle, Kobo, and Barnes & Noble. She's been called "a very young Maya Banks" (Amazon reviewer) and her books have been accused of being "sexy, family-oriented, romances with heart".

When she's not writing alpha males who seriously love their women, she loves spending time with friends, reading, and marathoning shows on her DVR. Married to her high school sweetheart, Laramie lives in Bowling Green, KY with her husband (the Travel Coordinator) and a sometimes crazy cat named Beau. 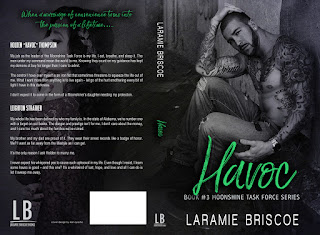