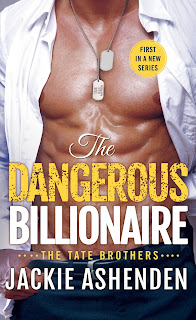 Navy SEAL Sullivan "Van" Tate has been called home to reluctantly inherit an empire and finds himself facing the most difficult mission of all: love.

Nothing about Sullivan "Van" Tate is what it seems. A Navy SEAL raised among the New York City elite, Van prefers heart-pounding action over a Wall Street corner office. But when his adoptive father dies and his business rivals move in to overtake his empire, Van must suit up to save the company and protect the one woman most forbidden to him…and the object of Van's most dangerous desires.

Chloe Tate is as ambitious as she is gorgeous. With a newfound independence, Chloe is no longer a prisoner on her father’s ranch. But everything changes when losing her father may also mean losing her life. Even with her survival on the line, Chloe can’t deny the burning attraction she feels the moment she locks eyes with Van, her rich, rough and ready, foster brother and the new head of her father’s company. Tall, dark, and muscled, he's the one man who she has no business being with. But how can she resist a Navy Seal Warrior when he’ll do anything to protect her?

Let's just be real.  You are here because of the story, the blurb is intriguing...but, the reasons you looked in the first place are the cover (because, hello) and the billionaire SEAL because, well, it's a BILLIONAIRE. SEAL.

If that isn't one of the things that got you here, turn right back around because this book is exactly what you expect.  It's hot, he's rich, he's super alpha, capable of leaping buildings in a single bound (wait, he was going down the building, but nevermind that detail, the meaning is there) and really into his woman.  Although, it does take him a bit to admit that to himself.

Van and Chloe are great for one another.  I loved the slightly forbidden aspect of them being pseudo siblings as he is her foster brother, but really, the connection is far enough removed that no one, but Van when he is trying to protect her, is going to care all that much.

You get what you are expecting with this book, a fun, hot sexy ride with a couple of characters you enjoy and who steam up the pages with their sexy times.  This is not my first book by this author, but it is definitely one of my favorites.  I am looking forward to the rest of the books in the series, because, well...Billionaire. Seals. 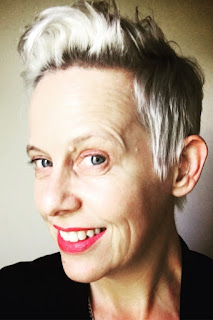 Jackie Ashenden lives in Auckland, New Zealand with her husband, the inimitable Dr. Jax, and their two kids and two cats. When she's not torturing alpha males and their stroppy heroines, she can be found drinking chocolate martinis, reading anything she can lay her hands on, posting random crap on her blog, or being forced to go mountain biking with her husband.


Google
Indiebound
Kobo
Posted by M at 9:30 AM