I KNEW YOU WERE TROUBLE BY LAUREN LAYNE-PRE-RELEASE BLITZ 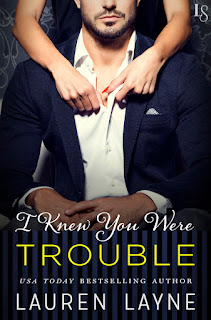 a Rafflecopter giveaway
Posted by M at 11:30 AM

Labels: I Knew You Were Trouble, Lauren Layne, Pre-release blitz