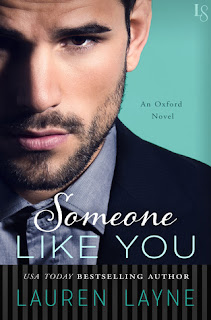 Lincoln Mathis doesn’t hide his reputation as Manhattan’s ultimate playboy. In fact, he cultivates it. But behind every flirtatious smile, each provocative quip, there’s a secret that Lincoln’s hiding from even his closest friends—a tragedy from his past that holds his heart quietly captive. Lincoln knows what he wants: someone like Daisy Sinclair, the sassy, off-limits bridesmaid he can’t take his eyes off at his best friend’s wedding. He also knows that she’s everything he can never have.

After a devastating divorce, Daisy doesn’t need anyone to warn her off the charming best man at her sister’s wedding. One look at the breathtakingly hot Lincoln Mathis and she knows that he’s exactly the type of man she should avoid. But when Daisy stumbles upon Lincoln’s secret, she realizes there’s more to the charming playboy than meets the eye. And suddenly Daisy and Lincoln find their lives helplessly entwined in a journey that will either heal their damaged souls . . . or destroy them forever.

There is a lot I could say about this book, but unfortunately most of the things I can say will be spoilers...and I am not going to spoil this for anyone. It was that good.

Lincoln is so much more than you think, and so much more than he seems. What he needs is someone who sees through the facade to the person he is underneath. Daisy is this person, and you learn this almost immediately. They get one another, they see through one another, and in a lot of ways they are the same. What this allows is for them to forge an intimacy that they don't have with anyone else and to let one another into their lives in ways that they do not allow others.

And, this works. This is a slow burn friends to lovers in which the attraction is there from the beginning but it takes both of them a little while to be ready to move to the romance of the relationship.

Lauren Layne is a favorite of mine because she writes amazing stories about people you absolutely love, and this is no different. I enjoyed it a lot, and I am so glad that Lincoln got his book, and his HEA. He definitely deserves it...but I am going to let you figure out why on your own.

I recommend this book. It is a New York Times Bestseller for a reason!

I adore all of Lauren Layne’s books, especially her Stiletto/Oxford series, so I knew I was going to love this book. I was torn on this one because I wanted desperately to read it but at the same time I didn’t-because I KNEW it was the end of the series. Oh my, was this ever worth it. I cannot praise this one enough. This can be read as a standalone, but really, this entire series is amazing.

Lincoln has intrigued me from the start. I just felt that he had so much more beneath the surface, and was I ever right. Lincoln is one of the sweetest, heartfelt men I’ve ever read. Getting to know more of him in this book made me laugh, cry and sigh. His journey is truly an incredible one.

Daisy Sinclair…I’ll admit I was totally on the fence with her being the heroine of this book when her name was first released months ago. However, Lauren Layne more than proved me wrong, she had me championing Daisy from the first chapter. The nickname Lincoln gives her totally suits in the beginning of the book, and watching her grow from that was a joy. These two characters could not have been better suited.

I can’t deny I loved getting to see all of my Stiletto and Oxford friends again. They don’t overwhelm the story, so if you haven’t read them (what are you waiting for?!) you won’t be lost, but I do recommend reading them. This book ties the series up so perfectly. I know I’ll be going back to it to read over and over.

Labels: 5 Stars, Lauren Layne, Review by Laura, Review by Melissa, Someone Like You, Spotlight