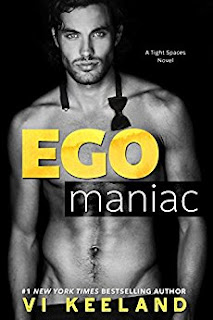 The night I met Drew Jagger, he’d just broken into my new Park Avenue office.
I dialed 9-1-1 before proceeding to attack him with my fancy new Krav Maga skills.
He quickly restrained me, then chuckled, finding my attempted assault amusing.

Of course, my intruder had to be arrogant.
Only, turned out, he wasn’t an intruder at all.

Drew was the rightful occupant of my new office. He’d been on vacation while his posh space was renovated.
Which was how a scammer got away with leasing me office space that wasn’t really available for rent.
I was swindled out of ten grand.

The next day, after hours at the police station, Drew took pity on me and made me an offer I couldn’t refuse. In exchange for answering his phones while his secretary was out, he’d let me stay until I found a new place.
I probably should have acted grateful and kept my mouth shut when I overheard the advice he was spewing to his clients. But I couldn’t help giving him a piece of my mind.
I never expected my body to react every time we argued. Especially when that was all we seemed to be able to do.

The two of us were complete opposites. Drew was a bitter, angry, gorgeous-as-all-hell destroyer of relationships. And my job was to help people save their marriages.
The only thing the two of us had in common was the space we were sharing.
And an attraction that was getting harder to deny by the day.

Egomanic is not my first Vi Keeland book but it is my favorite so far. Start to finish I was invested in these characters and their journey to each other. Everything in this book just clicked for me. The pacing worked, the plot was fresh and did I mention I loved the characters-who thinks to put a marriage counselor and a divorce attorney together and makes it work? Vi Keeland.

I feel Drew is Vi's most developed male character to date. We see him as a young man in flashbacks and the man he is today-a foul mouthed, sexy as hell attorney. I fell hard for him right from the start and the more I learned about him the deeper I fell. He's witty, charming and mostly honest. His banter with Emerie had me chuckling and there were moments that had me swooning so hard I had to just stop and smile.

Emerie was such a little firecracker. Vi usually has strong heroines so that wasn't anything new here, but Emerie's sassiness was tempered with a sweet, romantic and hopefulness that I identified with. I wanted to be Emerie-and not just because I was lusting after Drew, too.

The sex between these two was definitely hot. Again, I expect that but I feel like there was a whole new level explored here. There were definitely some squirm in my seat moments as I read this.

The plot overall was great. A complex story about relationships-both between Emerie and Drew and then additionally with their families-that just worked. The pacing was spot on to me as well. We got time to know Drew and Emerie separately before knowing them together as a couple. I would highly recommend this book.

This is my second book by Vi Keeland (3rd if you count the co-written one) and I can definitely say that this one is the one where I finally started to understand the thrill of her writing and why there is such excitement around her books.

Let me explain...I have always thought the writing was strong, but I have never totally loved the characters or have been fully invested with them. That was not the case for tyhis one. I loved Drew and Emerie, and I loved them together. I liked their meet cute, I liked that he was nice to her despite his own better judgment. I liked getting to know Drew as Emerie did. I liked that this evolved from pseudo-enemies to friends to lovers.

I was impressed by how seamlessly the development of their relationship was handled. The pacing was spot on, as was the character development and the development of their changing reactions to one another. I liked that Drew was an "egomaniac" and that this never really changes. It is a part of who he is, and by the end the reader (and Emerie) see this as an endearing quality and not the annoying one it may have been at the beginning.

The chemistry was amazing, and the sex was hot...which is always important. And, with the strength of the story arc itself, there was a great connection between Drew and Emerie that I really enjoyed.

I thought, personally, that there was too much emphasis placed on a couple of characters outside of the relationship. On his side, I was mostly ok with it, as I think the story line worked and stayed realistic. But on Emerie's side, I felt that the issue was resolved, came back, was resolved again and reappeared again, and this started to frustrate me a little. But, this is the only criticism I have of the book.

There is a lot more I could say, but the evolution of their relationship contains a lot of spoilers, mostly for Drew, which I would not want to ruin for others.

I recommend this book and I am already looking forward to the next one.