ONLY HIM BY MELANIE HARLOW - ARC REVIEW AND BLOG TOUR

But I’m not a lovesick teenager anymore, and I’d never let that cocky troublemaker break my heart again.

So when he shows up out of the blue asking me to have dinner with him “for old time’s sake,” I say I will. After all, it’s been twelve years, and I’m stronger and smarter than I was back then.

Except…he still does something to me. He’s got those eyes that make me weak, those hands that drive me wild, and a body I can’t resist—especially once I see the tattoos. It doesn’t take long for our trip down memory lane to go from sweet to sizzling.

We’re just as good together as we were back then—better, even—and I’m willing to give the only man I’ve ever loved another chance.

But he’s got to tell me the truth.

All I wanted was to see her again. Tell her I’m sorry. Make her smile.

Okay, that’s a lie. I wanted to do more than that—a lot more. But I know she’s better off without me, and I promised myself I’d behave.

Except I’ve never been much good at keeping promises…or my hands to myself when I’m around her.

But I can’t tell her the real reason why I’m here.

And I can’t stay.

Maren and Dallas were high school sweethearts, until Dallas disappeared without saying anything, breaking Maren's heart and leaving her in a place where she was not totally able to move past the relationship, and the heartbreak, of losing the only person she ever loved.

17 years later, life has been kind, sort of, to Maren and Dallas, and both of them have moved on and found success.  And, then Dallas gets news that he is not expecting and it makes him reevaluate his life, the things he has done, and the people he might have wronged.

A need to make amends, a little lack of certainty about what the future holds, and romantic and sexual chemistry that hasn't gone away in the years since they have seen one another, and you have the story that Melanie Harlow tells in this title.

I enjoyed it.  I know, for some, they probably wanted more angst, more time not knowing what was going on...but I liked this one the way it was written.  I liked the chance to see how they handled the revelation, and to see the way the information changed the narrative and the relationships of the characters. 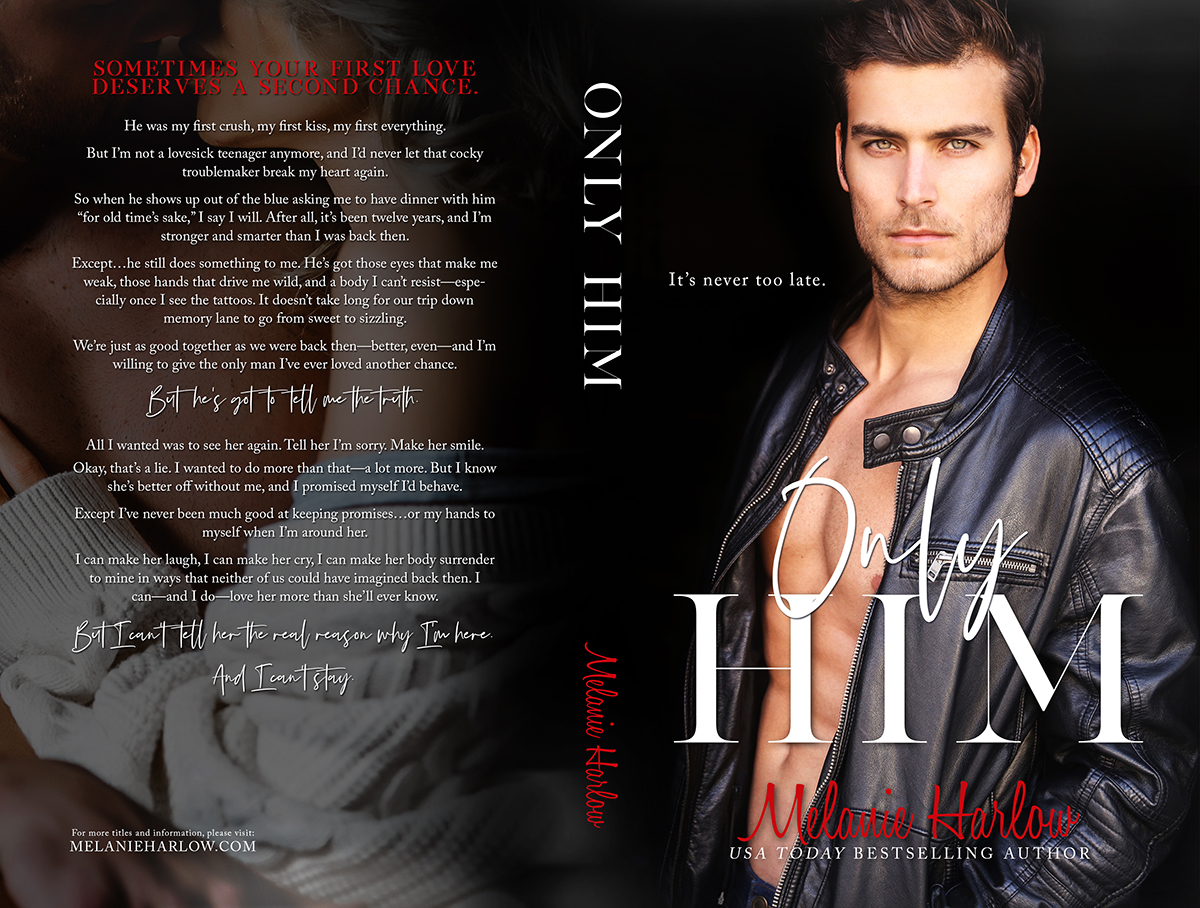 Maren glanced back at me, more puzzled than ever, but she started up the cement stairs. I couldn’t take my eyes off her legs in front of me. Her calf muscles were insane from all the ballet training. I remembered how flexible she’d been and felt my dick start perking up. “In addition to all the history I just gave you,” Aiden said, his voice echoing off the walls, “this hotel was also the site of a certain prom a few years back.” All of a sudden, Maren stopped moving and looked down over her shoulder at me. “No way.” The stunned, joyful expression on her face was worth every penny I had to pay to make this happen. Goose bumps rippled down my arms inside my jacket. I smiled at her. Her jaw dropped, and she continued up the stairs. At the top, Aiden moved ahead and opened the door to the rooftop. “Ballrooms were not available tonight, but when Dallas asked if you could have the roof to yourselves, I had to admit no one had booked it. In fact, no one has ever even asked to book it.” He laughed. Maren stepped over the threshold onto the rooftop. “Dallas is definitely one of a kind.” The three of us moved away from the door, and I saw the table that had been set for us, complete with white linens, flower centerpiece, and candlelight. Luckily, the air was warm, and the wind was soft. The sun was still setting beyond the skyline to the west, and to the east the Detroit River was visible; a little to the south was the Ambassador Bridge, and beyond the river, Canada. The view was breathtaking on all sides. After turning around in a full circle, Maren looked at me with shining eyes. “Dallas. This is incredible.” “You’ll have your own server for the night, and he should be up shortly,” Aiden said, checking his watch. “I should get back downstairs. Dallas, you have my cell if you need anything. Maren, good seeing you again, and I hope you enjoy your evening.” He gave us a smile before heading back to the stairwell door. As soon as he was gone, Maren turned to me. “I cannot believe you did this.” I shrugged. “I felt pretty bad when you said you’d missed the prom because of me. I figured I owed it to you.” She laughed and rolled her eyes, which were filled with tears. “You didn’t, but whatever. I’ll take it.” Opening her purse, she hunted around in it for something. “God, I don’t even have tissues. I didn’t know you were going to make me cry.” “No crying allowed at the prom. And I hope it’s okay I’m wearing jeans.” “It’s fine.” She sniffed and closed her purse. “I’m not that dressed up either.” “You’re perfect.” Our eyes met, and the air between us suddenly felt full of hope and possibility. In any other circumstance, I’d have kissed her. But I couldn’t do that tonight. “Oh, I almost forgot.” Reaching into the inside pocket of my jacket, I pulled out a wrist corsage. “Sorry if it’s a little smashed. I had to get rid of the plastic container to hide it from you.” She giggled and held out her arm. “That’s okay. It’s beautiful.” “Good.” I slid the elastic band with three deep red roses attached to it along with some other green stuff onto her wrist. “I told the lady at the florist to make it a prom corsage. Pretty sure she thought I was crazy. Or creepy.” “You might be crazy. But I love it. Thank you for this.” Then she rose up on tiptoe and pecked my cheek. When she lowered her heels, she stood there for a moment, her hand on my arm, her mouth so close I could have simply tipped my head down and my lips would be resting on hers. My heart stumbled over its next few beats. I wanted to do it so badly, but I’d promised her I’d behave. I’d promised myself I’d behave. There were so many reasons why I shouldn’t be here tonight, standing so close to the only girl I’d ever loved, tempted beyond reason by her legs and her lips and her laugh and her eyes and her ability to make me feel like I fucking mattered in the universe. What was the right thing to do? If only— The door from the stairwell opened, and we moved apart.


Buy Only Him Today! 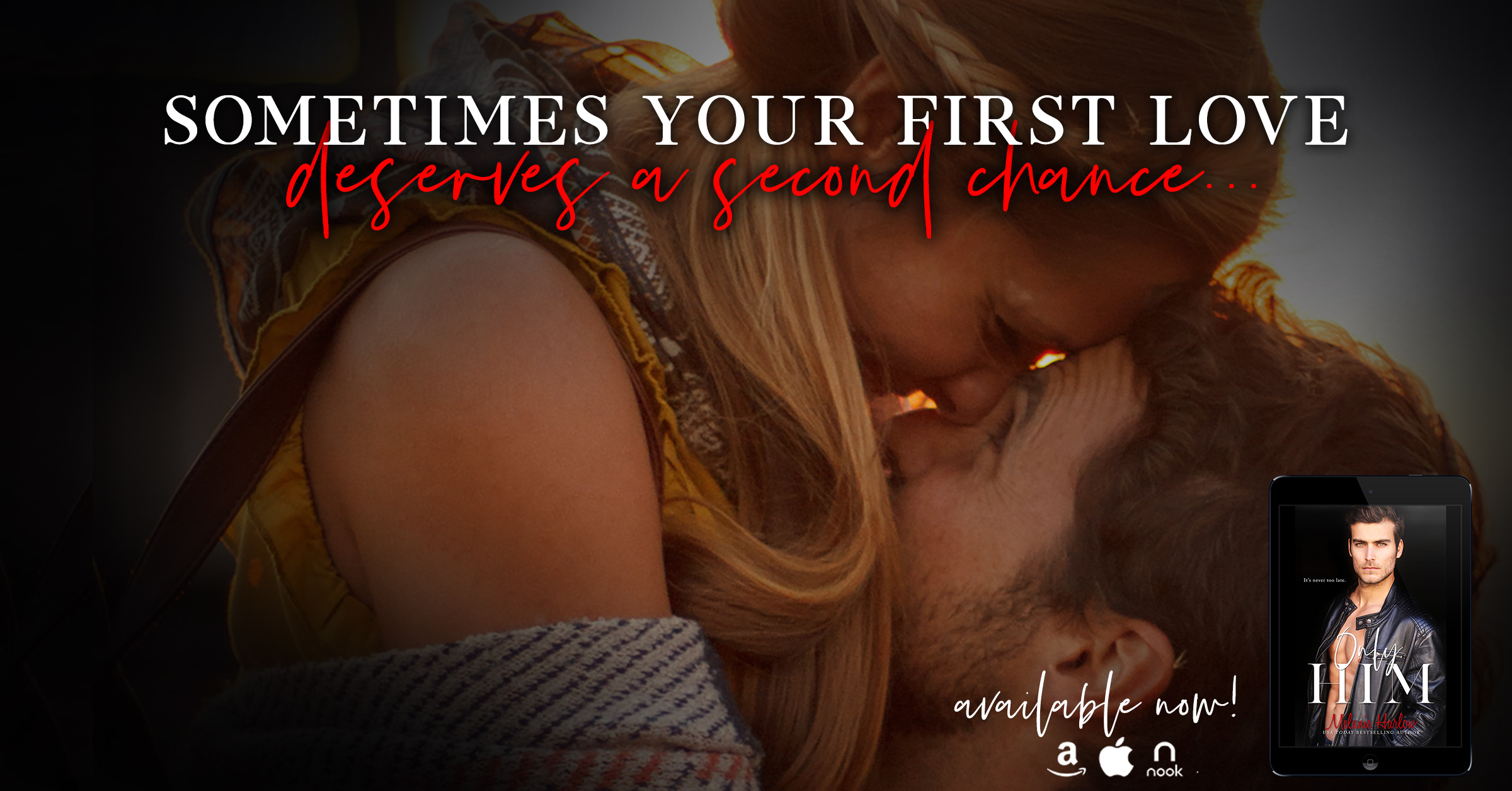 Labels: 4 Stars, Melanie Harlow, Only Him