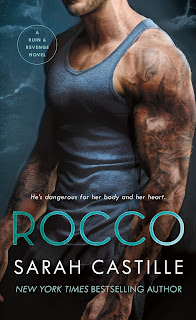 Rocco is the third book in a full-length, standalone series by New York Times bestselling author, Sarah Castille, set in Las Vegas and featuring deliciously sexy mafia bosses and the women who can’t help but love them.

Mafia enforcer Rocco De Lucchi is the best in the business.

Cold, hard, and utterly ruthless, Rocco is the most dangerous of men. Feelings are a luxury he cannot afford―until a chance encounter brings him face to face with the only woman who found her way into his heart and touched his soul.

Grace Mantini has spent her whole life running from the mob. The daughter of the boss's right-hand man, she is both a prize and a target. When Rocco walks back into her life, she wants nothing to do with the man who betrayed her and broke her heart. But only Rocco can protect her from the dangerous forces that seek to destroy her family. Can they escape the hands of fate closing around them? Or will love be the kiss of death for them both?

Rocco and Grace were toghether in the past, there was a relationship there even though Grace was really young and there were no inappropriate lines crossed.

Years pass, he is an enforcer (it's a little more complicated than that, but this is a review not a plot summary, so I am going to leave it there) and she has devoted her life to being anything but the daughter of a mobster.

So, what happens to a reunited enforcer for the mob and a woman who has devoted her life to getting away from all things mafia? Yup, you guessed right, an attraction they are not able to ignore.

For me, this title worked overall. I enjoyed it and I liked Rocco and Grace together. There were a few times and a few things that happened, that made me question if there was really a relationship that was going to work long term. But, that said, it is a mafia romance, so this is supposed to be a part of it. He is supposed to be dangerous and maybe even a little bit of an anti hero, so in this case, it fit. 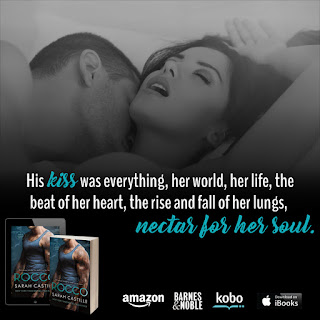 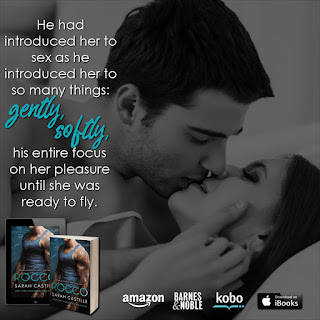 “The high-octane third in Castille’s Ruin & Revenge series…[Grace and Rocco] have plenty of explosive chemistry and appealing vulnerability.” – Publishers Weekly

“So awesome I don’t know how to even begin to explain it without giving anything away. Sexy. Romantic. And a little funny…A book that will have you up all night.” – Whispers from the Mountain 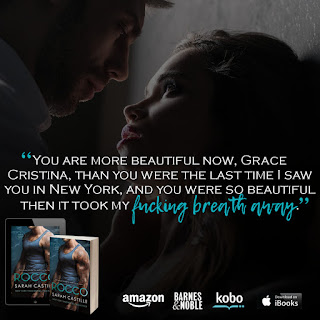 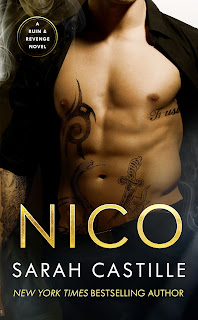 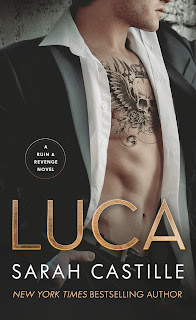 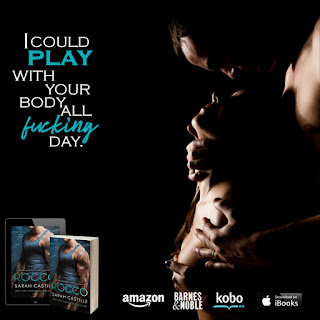 Sarah Castille is the New York Times and USA Today bestselling author of the Redemption Series, Ruin & Revenge Series, Sinner’s Tribe Motorcycle Club series, and Legal Heat series. A recovering lawyer with a fondness for dirty-talking alpha males, she now is a full-time writer, who lives on Vancouver Island. Sarah’s books have been listed as Publisher’s Weekly’s Top Ten Picks and Best Summer Reads, and Amazon’s Best Romance Books of the Year, and have won numerous reader’s choice awards including the Holt Medallion.