People like to see the womanizing jerk fall…the one who takes the number, but never calls? The guy who beds and never weds? Everyone wants to see that guy fall in love, right?

Pfft. Sounds like a script straight out of one of the box office movies my clients make.

Get your head out of the clouds because in real life the arrogant player doesn’t fall head over heels for the feisty brunette.

Unless the feisty brunette met him years before he’d perfected his cool demeanor. Unless she carved a spot out of his heart that never fully healed.

Our first meeting kick started my heart. Fourteen years later, our reunion was less heart and more kick. Turns out Quinn is just as hot and bothered to see me as I am her and I have the head injury to prove it. 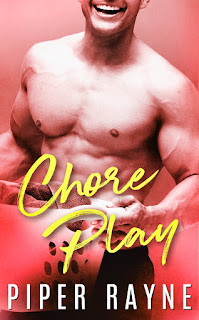 Jagger and Quinn have a history, one that makes her less than happy to see him in her home, after a rather convoluted beginning of the story that ends up with Jagger showing up in the place of the cleaning service Quinn hired.

I think, for me, the set up of the story made this a little harder for me to engage with. While I understand the backstory, it seemed off to me. I understand supporting your loved ones, and helping them out, but I am not sure I believed the sequence of events.

Quinn is sick, her defenses are down, and they have a reasonably friendly initial conversation. Sort of. Well, it is friendly in comparison to their last meeting, the one where she caught him cheating on her. And, it leaves Jagger determined he wants her back...and Quinn determined to avoid him and not let him hurt her again.

I am not sure I ever liked Jagger. There were moments I liked him, and moments where I thought he was a jerk. I think that was the point, and usually that works for me...but there was just something about him that I was never totally enamored with.

Quinn, on the other hand, I liked. A lot. She had heart and, I think, by the end I believed that she was actually happy to be with Jagger, and that let the book work well enough for me to be able to recommend it overall.

I love a good second chance romance and I enjoy Piper Rayne's work so I was excited by this blurb. It sounded like it would be a fun read, and it mainly was. This is technically the third book in a series of books but can be read as a standalone.

I liked Quinn. I thought she was sassy and fun. I believed in her reactions to Jagger, both the ones she wanted to have and the ones she didn't. I also like that she was confident enough in the end to accept Jagger for who he was; she knew who she was getting and who she wanted.

I have to be honest and say that I didn't fully love Jagger. I liked him most of the time but at the beginning? Yeah, I definitely didn't like him. I have to say he stayed true to his character so I can respect that. Did he have some swoonworthy moments? Absolutely-and I did enjoy those moments.

The pacing of this book seemed a little bit off to me. There were moments that I think needed a bit more time taken with them. I liked the supporting characters here, some of them more than the hero BUT they helped me understand the hero better so that's good. The writing itself was sharp and clever. This was a fast read for me and I did like it overall. I recommend this title.

I roll over, pulling the covers up to my neck, burying my pounding head into my pillow. The pressure is like a steaming pot rattling the lid.
Flipping back over, I stare up at my ceiling. I focus on the fan above me, circling around and around. My body shivers from my fever and I can barely form a coherent thought, my head is so heavy with congestion.
From the bedside table my phone dings, no doubt my agent asking where the hell my book is. The lies are going to catch up to me now. Now that I can’t sit in front of my computer for the next twenty hours straight to get her a shitty draft.
Bang.
I pop up in bed, my heart squeezing while the room spins.
Bang. Clank.
I throw the covers off me, swinging my feet over the side of the bed. Staying as still as I can, I wait. Maybe it was Toby, the cat next door, snooping in the trashcans again. Or the mailman dropping a package by the front door. But it sounded like it was inside.
“Fuck.”
I freeze at the male voice that’s not coming from outside my windows, but inside my house. I look over at my nightstand to grab my phone and that’s when I remember…I left it downstairs on my kitchen table. Shit. Slowly, I pull the drawer open, grabbing the heavy-duty flashlight my dad gave me as a housewarming present.
My socks slide on the hardwood floors as I inch closer to my bedroom door, waiting for another sound.
Bang.
Clank.
Water runs.
“What?” the intruder asks, and my hair whips in my face as I spin around the door frame into the hall, half expecting to see him or his partner. Shit. There could be two of them. I find nothing.
“You’re a smart girl, you can handle it on your own. I’ll be in at noon.” The water turns on again and the man’s voice triggers something inside of me. Familiarity courses through me, but I remind myself I only know two people in this city and only one of them has a key. The other one wrote me out of his life more than a decade ago.
I tiptoe down the stairs, my hand sliding down the railing, my other hand raised with the flashlight in my grip. Adrenaline gives me the strength I didn’t have minutes ago to get out of bed.
The loud noises increase, coming from the kitchen, so I don’t have to worry about my approach. I round the end of my stairs, walk past my bookshelves and, grabbing every ounce of my Wonder Woman strength, I run forward and hit the man over the head.
He spins immediately. “Whoa!” His hands move up to block me, but I continue hammering away at him. Over and over again until he loses his footing on the floor and falls to his ass, his hands criss-crossed in front of his face. “What the fuck?” he screams.
Dropping the flashlight, I dart over to the counter and yank open a drawer, plucking a butcher knife out, holding it out toward him.
His arms slowly lower and the knife trembles in my hands, thudding to the floor. In my haze of recognition, he slides his leg out and kicks the knife away.
“Jagger?” My voice is like a scared mouse in front of a cat.
Confusion is etched in every line of his still-handsome face. “Belle?”
Rage over the nickname he used to call me because of my love for reading lights a fire in my belly. “Don’t call me that!” I imagine patting myself on the back. In my head, I’m bouncing from toe to toe like a boxer preparing to pummel her opponent. But my exhilaration slows as I really see him now.
Fourteen years later and he still has the ability to steal my breath away. He rounds to all fours and his large frame rolls up until he towers over me. At one point, I loved that about him. The way my head fit perfectly under his chin. The way his long arms encompassed my entire body, warming me like a blanket. The way his lips would brush along the top of my head, silently telling me no one would hurt me as long as I was in his arms.
His movements pause, and his gaze fixates on me. Too quickly, that look of surprise vanishes. “Let’s not continue with the dramatics, okay?” He raises his hands in front of him in a placating gesture. Condescending and arrogant—a side to him that once turned me on.
“What the hell are you doing here?”
His gaze inspects my body like he’s trying to figure out what I look like under my pajama pants, t-shirt and sweater.
Fuck. I grab my stringy brown hair and pull it to the side, hoping to God I don’t look like I feel, which is beaten and left for dead on the side of the road.
The right side of his lips tip up like he’s enjoying what he’s thinking in that mind of his.
I crisscross the sides of my cardigan to cover myself. He can masturbate his dick off before he’ll ever get a look at me again.
Without a word he walks over to the counter, picks up a card and hands it to me.
Clean Queen.
“You hired this service?” He cocks an eyebrow.
In the haze of my illness, I never cancelled. 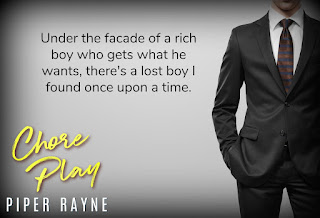 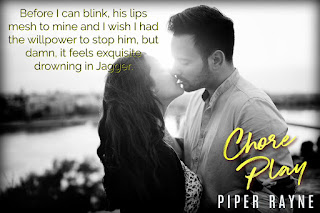 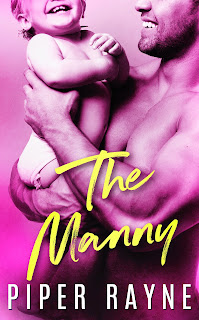 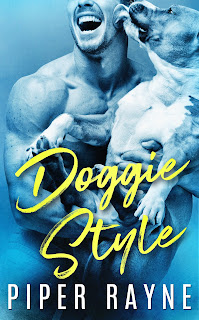 Piper Rayne, or Piper and Rayne, whichever you prefer because we’re not one author, we’re two. Yep, you get two established authors for the price of one. You might be wondering if you know us? Maybe you’ll read our books and figure it out. Maybe you won’t. Does it really matter?