DANCE WITH THE DEVIL BY KATHERINE GARBERA-RELEASE DAY LAUNCH 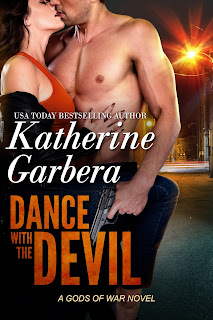 Kaylee Thomas escaped from Madrid, taking secrets with her that could get her killed. As an cyber operative for Grimaldi Global, Kaylee's single-minded focus is on tracking down criminals who use the internet to hide their identity. A survivor of cyber bullying, she uses her skills to ensure that no one can hide on the internet.

Mick O'Halloran is a covert ops agent for Grimaldi Global and leader of the Ares team. Saving lives and protecting others is a way of life for him. But babysitting a computer geek sounds like a job better left for the boys back in the office until he meets Kaylee. Sparks fly between them as he takes her into protective custody until the facts she's uncovered can be verified.

But some secrets can't stay hidden and when an assassin comes calling Mick and Kaylee go on the hunt for the mole inside their group. It'll take every bit of her computer savvy and his lethal skills to keep them alive. Releasing the information that Kaylee has uncovered threatens to burn the world down around them. 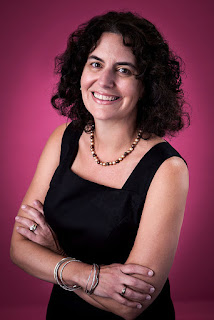 USA Today bestselling author Katherine Garbera is a two-time Maggie winner who has written more than 90 books since making her first sale to Harlequin (Silhouette) Desire. Katherine is known for her sexy heroes, feisty heroines and sensual stories. A Florida native who grew up to travel the globe, Katherine now makes her home in the Midlands of the UK with her husband, two children and a very spoiled miniature dachshund.

Over 3 Million books in print in over 20 languages

Featured in REDBOOK magazine (Women Under 30 who do it all)

1. Katherine is a USA Today bestselling author with more with other 3 million books in print in over 25 countries.

4. Katherine worked at Walt Disney World in Orlando, FL as a VIP tour guide and production page on The New Mickey Mouse Club keeping Britney, Christina, Justin and Ryan from being pestered by teenagers.

5. Katherine is a native Floridian who currently lives in the UK.