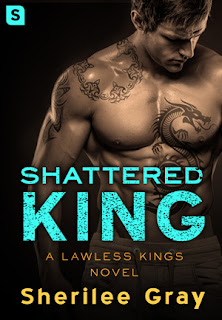 He’s after the woman who helped put him behind bars. She’s been in hiding for three years raising the son he doesn’t know about.


Holding a grudge has never felt so good.

I like books where there is some tension between the main characters.  Not all the time, as they can get heavy, but they can be fun.

I loved the beginning of this book, and there are some great angry hurt (and angry sex) scenes and you definitely start to feel how Lulu and Hunter felt about one another, and how much splitting up left an emotional scar for both of them.

The end of the book is also interesting, and strong.  I wanted a little more from the reveal of the child being his, and I thought the whole step-father thing was a little unnecessary.  I also thought, for someone who held enough of a grudge to kidnap Lulu and chain her in the bathroom of a cabin, that he reacted a little unemotionally to the revelation that she had a child.

I thought the middle of the book was a little unbalanced with the rest of the story, and there was a lot of time spent on the build up of their physical attraction.  Don't get me wrong, they are on point in that area, and the sex was scorching...but as this is a second chance romance in which Lulu was not only responsible for Hunter going to jail, but also has his child and didn't tell him, I wanted more intensity.

I recommend this book overall.