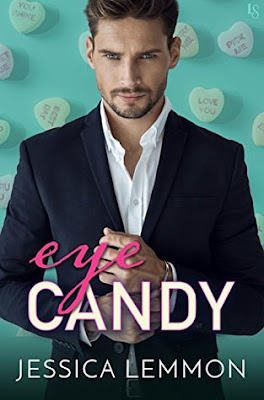 Don’t trust lust at first sight. One woman chooses reality over fantasy in this friends-to-lovers romance.

Jacqueline: As an adult woman—and the vice president of a marketing firm—I shouldn’t be waiting by my office window to ogle the mystery man who jogs by every morning at 11:45. Sure, he’s a gorgeous, perfect specimen of the human race, but I can’t bring myself to hit on a total stranger. However, my best friend–slash–colleague Vince Carson thinks I should do more than talk to the guy. In fact, he’s borderline obsessive about “getting me laid.” (His words.) But the more time we spend together, the more it’s clear: The one I’m falling for is Vince.

Vince: Jackie Butler’s got it bad for some pompous, over-pumped A-hole who struts his stuff past her window. That doesn’t bother me. I know she deserves nice things. What does bother me is that she friend-zoned me big-time last year, so I can’t ask her out myself. But what if I set her up with Mr. Steroids? Then, when he breaks her heart, I can swoop in and save her like the nice guy I am. Everything’s going according to plan . . . until we share a ridiculously epic kiss. And suddenly anything is possible.

I loved the premise of this book.  The idea of a woman who sees someone, finds him appealing, and then wants to pursue him...all because he runs by her window at the same time almost every day.

Jacqueline and Vince are friends, but Vince is starting to accept that he wants there to be more between them.  The problem?  They are friends, Jacqueline helped him through his divorce, and she has pretty firmly "Friend zoned" him.  And, she doesn't date.

Vince's idea around this?  To set her up with the runner guy, so it "breaks the seal" so to speak on her dating, and he can move in when things don't work out.  Vince is the only one who thinks this is a good idea.

Does this backfire?  Of course it does, and that was obvious from a mile away, that this was going to go wrong.

The story itself, aside from the premise of the runner, is pretty much the standard friends to lovers.  But, the difference here is Jessica Lemmon.  As always, her writing is fresh, and it is fun. She takes what could be an ordinary story and gives it life through her characters, and the relationships they have with one another.  You get to know them, and you connect with them.

Friends to lovers is difficult, as there is a lot at risk in taking that leap, and I loved the way the author handled the anxiety of this, how it was mixed with the friendship, and the awkwardness of the change in the relationship.

I also appreciate the use of stairs.  Those worked well too...but to get that explanation, you are going to have to read the book, which I recommend.

Jessica Lemmon is a go-to author for me. I know when I see a Jessica Lemmon book that I'm going to laugh, swoon and have to fan myself. Eye Candy had me doing all of those things-and it even made me tear up.

Eye Candy is a refreshing take on the friends to lovers romance trope. We have Jacqueline and Vince, friends and coworkers who have bonded over their past failed relationships. There's a deeper connection there that they both ignore, assuming they're better off as friends...until Jackie sees a hot runner run by her window.

I loved Jackie-O. She's so real. This is a character I could sit down and have pizza and beer with. I imagine she portrays things every woman feels at one point or another-that uncertainty about themselves. She's funny, she's smart and she's sweet. But it's that vulnerability that got to me, that really spoke to me. Seeing her push through that and grow with it was amazing.

Vince. Holy hell did I love Vince. He had me laughing and swooning as he planned how he would get the girl. He's a bit scarred from his last relationship too, which lends a guardedness to him that totally works here. I fell in love with him from the start and I know other readers will as well.

The connection between these two is palpable. You can feel it jumping off the page and you just want them to be together. You want Vince to realize it's ok to love and not just be in lust/like with someone. You want Jackie to see she isn't lacking. And you want them both to realize that they're perfect together. Not individually, no, but they are the perfect match for each other. The way the author allows these characters to tell this story is great.

I read this in one sitting. I didn't want it to end-which is how I react to this author's work in general. I would absolutely recommend this book and look forward to the rest of the series. 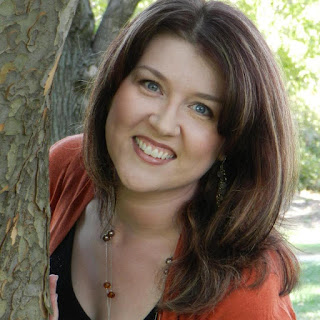 A former job-hopper, Jessica Lemmon resides in Ohio with her husband and rescue dog. She holds a degree in graphic design currently gathering dust in an impressive frame. When she’s not writing super-sexy heroes, she can be found cooking, drawing, drinking coffee (okay, wine), and eating potato chips. She firmly believes God gifts us with talents for a purpose, and with His help, you can create the life you want.

Jessica is a social media junkie who loves to hear from readers. You can learn more at her website.