A high school reunion is about to get down and dirty
and a whole lot more complicated! 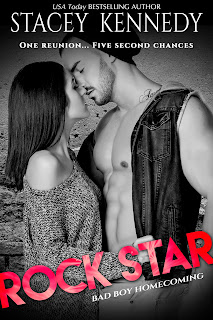 Veterinarian, Rae Evans expects to attend a dreadful ten-year high school reunion. Instead, she’s confronted by a past she’s never gotten over. The love of her life, Travis Walker, has returned to Catfish Creek, and the now-famous rock star wants only three things: Her. Naked. And screaming his name.

Fresh off his last world tour, Travis has returned to town to get a dose of reality. With fame casting a superficial cloud over Travis’s life, he’s scrambling to stay afloat. He needs an anchor, and Rae is that for him. But as he finds himself, he’s determined to remind Rae of the heat that once burned between them.

Before they know it, their one hot night is three, and soon, just like ten years ago, Travis holds the strings to Rae’s heart. But Rae’s not that young girl who watched her high school sweetheart race off to become famous. She’s a woman who knows what she wants and realizes when a man needs her. She just has to decide if she should put the past on repeat, or walk away from it forever.

As this was a shorter story, there is not a lot of development of the backstory with Rae and Travis prior to their meeting at the high school reunion. But, it works. I think because the chemistry is written so well.

I enjoy Stacey Kennedy, I like her characters and I like the stories she tells. In this case, it was the idea that life can draw you in a direction that makes it difficult to stay with the person you love...and what happens when you make one choice vs. the other. As kids, they chose to separate, as adults, well, they get the expected happily ever after.

I liked the juxtaposition, the idea that they get another chance to decide if they made the right choice 10 years ago, and this is not something that we all get the chance to do in our lives, and it is the reason (at least in my opinion) that we all read...for the chance to experience the other side of the same choice.

I liked it, and I thought it worked overall...being older, and having the chance to make a different choice is realistic and the phrase about hindsight being 20/20 is true for a reason.

There were a few areas where I thought there was not enough depth, enough explained to really address an idea. I know there is the challenge of it being a novella, but there were a couple of places where I wanted more resolution than I got.

Overall I enjoyed this book and I recommend it. 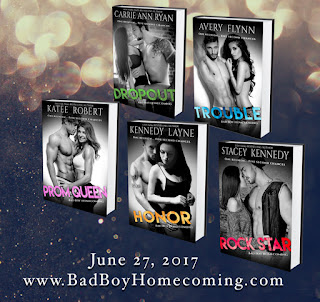 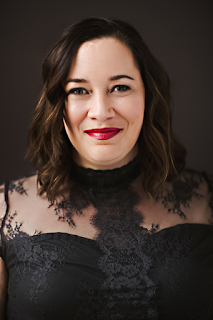 STACEY KENNEDY is the USA Today bestselling author of the Dirty Little Secrets and Club Sin series. She writes deeply emotional romances about powerful men and the wild women who tame them. When she’s not writing sensual stories, she spends her time in southwestern Ontario with her real life hero, her husband, their two young children, and her other babies: a mini labradoodle named Jax and a chocolate labrador named Murphy. Stacey is a proud chocolate, television show, Urban Barn, and wine addict. She likes her heroes in her books like she likes her coffee . . . strong and hot!