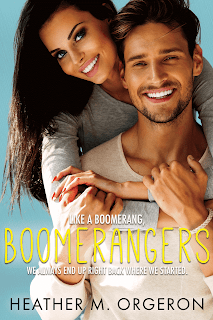 Boomerangers [boo-muh-rang-ers] noun, informal: an adult that moves back home to live with a parent after a period of independence.

I love sex. I love the power, the intimacy, the euphoria it brings. Too bad I’m not having any . . . You’d think as New Orleans’ most renowned sex therapist that I’d be swimming in single men. In a way, I am . . . except for the fact that one is in diapers and the other two are drowning in preteen hormones. As a single mother of three, my days are devoted to my clients and my kids, and my nights are spent with Fabio, my trusty vibrator. When my world begins to unravel, I have no choice but to move back home. And when my high school sweetheart comes waltzing back into my life, comedy and chaos ensue.

What can I say? I never said I could pick ’em, but you can bet your ass I know how to fix ’em.

As soon as the ink dried on my divorce papers, I made myself a solemn vow: I was done with relationships. Moving home to take over my father’s firm was the plan, until Spencer decided to return, along with three souvenirs from the life she’s lived without me.

I’ve been in love with the girl next door for nearly all of my life; the rest was spent trying to forget her. I’d give almost anything for a second chance with her, but I have no time for distractions—especially the kind that involve diapers, bottles, and eighteen-year commitments.

The problem is, she’s already got me by the balls . . . and I’m beginning to feel the noose tightening around my heart.

Spencer and Cooper have a history. And, 15 years later, a couple of meddling parents decide to see what they can do to bring the history into the present.

I liked the idea of this book a lot. The second chance with 2 adults who were tossed back into a situation that wassimilar to when they were together.

Unfortunately, this really didn't end up to be what the book was about. Cooper is in love with Spencer, in fact has never gotten over her, even though he is married and divorced. He is upset that she moved on with her life, got married and had kids, even though she is now single. Spencer is convinced that she and Cooper are never going to be together because of the reasons for his divorce leading her to think he would never be able to love her children.

What ensues is a story about parenting. The kids are the focus of the book, the developing relationship Cooper has with her 3 children. And, yes they are cute kids and the story is funny...but the romance is all in the past. There is almost an insta-love between them, and the relationship development is mostly with the adults and the kids.

I don't have an issue when their are kids in a romance novel...heck, if I did I wouldn't have picked up this one...but when the main romance is a story about a 30 year old man and a 2 year old, well, something maybe didn't work quite right.

I find myself neutral about this book. I can't say that I totally recommend it, but at the same time, it was an enjoyable read. 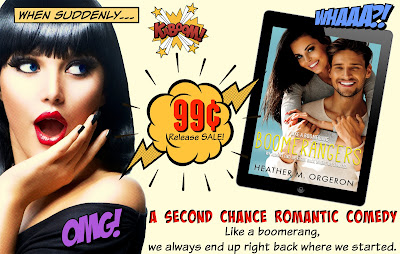 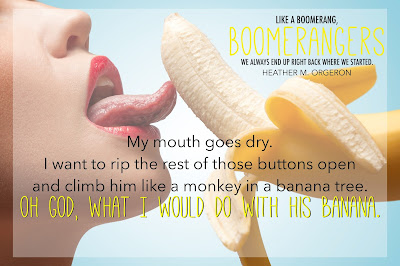 
Heather M. Orgeron is a Cajun girl with a big heart and a passion for romance. She married her high school sweetheart two months after graduation and her life has been a fairytale ever since. She’s the queen of her castle, reigning over five sons and one bossy little princess who has made it her mission in life to steal her Momma’s throne. When she’s not writing, you will find her hidden beneath mounds of laundry and piles of dirty dishes or locked in her tower(aka the bathroom) soaking in the tub with a good book. She’s always been an avid reader and has recently discovered a love for cultivating romantic stories of her own. 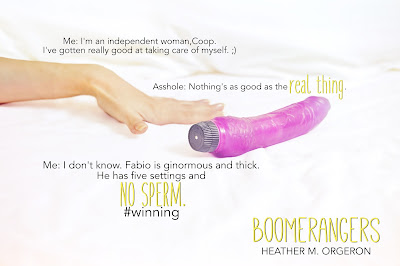