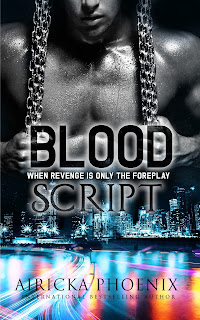 He was insufferable, deeply scarred, and frustratingly gorgeous, and he was the man who was blackmailing her into tying the knot.

Cora Harris has never had luck with men. Being the daughter of a ruthless crime boss tended to put a dent in any relationship, but she never imagined she’d get kidnapped in the dead of night by pirates. She sure as hell never imagined the asshole with the smoldering gaze would threaten everyone she loved if she didn’t become his wife.

Only Captain James Crow wants more than just her hand in holy matrimony. He wants her absolute submission. He wants her pain. He wants the one thing she’s never given anyone — her heart. But is he willing to give the daughter of his sworn enemy his in return?

“How easily his eyes could make her forget that he was her captor. Not her savior.”

But when the truth is revealed, can James keep Cora from the true evil in their midst? Can he win before his revenge cost him more than just his life? And how far will Cora go to free herself of the man who enchanted her, seduced her, and when she submitted, imprisoned her?

Vengeance and betrayal will either bring two warring families together or obliterate them all.

Pirate books are just fun. Let's start there. Yes, I am probably not supposed to be ok with men who kidnap their women, and hold them hostage...I do get this, but darn it, pirate books are fun.

And, I love them. because they are pirate books. And they are fun. Because pirates.

Then there was the blurb. And, I was hooked. And, who wouldn't be? That's a valid question.

This book did not disappoint, not even a little. She was a modern day tavern wench...although in this one, she owned the bar. He was, well, a pirate. Because this is a pirate book.

The writing was strong and the characters consistent, a little rough around the edges but still characters you like and want to get to know more of, to see what happens next. The challenge of a book like this is to allow your pirates to be pirates while still letting them be romantic heroes, and Airicka Phoenix hit that balance well.

I am sure there is a lot that I should say isn't right to be written in 2017, but, the pure honest truth is this book is a pirate book, and a good one at that. So, go into it knowing that it's a book about pirates...and he is a pirate and have fun with it. I did.

This was my first Airicka Phoenix book and my first pirate book. I was definitely excited to try something from this subgenre and the blurb for this sounded interesting so I jumped at the chance to read it.

I will say it took me a bit to get into the story-I felt like I was put into an existing story and felt a bit lost at first. But then it clicked for me and I was able to easily follow the story along. I appreciated that this was a modernized pirate story. When I think pirate, I tend to think of a man with a parrot on his shoulder and that's not James at all.

James and Cora. Wow, these two were made for each other. Cora's feisty attitude matched and challenged James, more than he expected. The heat these two generated was scorching. I don't want to get into too much detail about them personally because I really want readers to experience them for themselves.

Now, this is definitely a bit more darker of a read than I usually gravitate to. There are some things that I'm sure would bother some readers, but taken in context I didn't mind them. I believed that is how this story needed to play out.

This is definitely an author I'll read again. If you're looking for a suspenseful, darker romance give Blood Script a try. I'm glad I did. 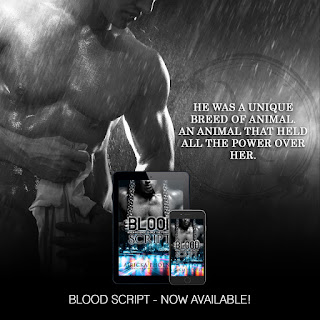 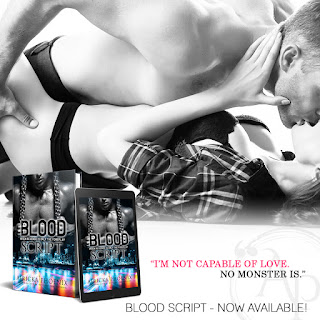 Airicka Phoenix is a romance junkie with an incurable addiction to chocolate. She is also a prolific author of several novels written for young adult and new adult romance addicts who love bad boys, hot kisses and a gritty plot. Airicka prides herself in producing quality material her readers can fall in love with again and again.

When she's not hard at work bleeding words onto paper, Airicka can be found cuddling with her family, reading, watching TV shows, or just finding excuses not to do chores.
Be the first for giveaways, teasers and upcoming releases by joining Airicka's newsletter on her websitewww.AirickaPhoenix.com