UNDER HER AUTHORITY BY L.T. SHADE-VIRTUAL TOUR

Sleeping with the enemy is never a good idea, especially when she’s your boss. 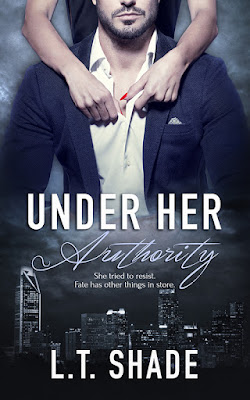 No one tells Shane Williams what to do. His world. His rules. Which is why he ran away from home at eighteen to pursue his dream of making a name for himself outside of small-town Georgia. Ten years later, he is one of the hottest creative directors on the east coast and the majority shareholder in a digital media firm in Charlotte. Handing over the business portion of his company to his trusted friend and business partner, and keeping his true identity as the founder a secret, has its perks. But Shane is about to find out one of its flaws.

At the expense of her relationships, Rosemary Berkowitz has always done what it takes to succeed. As a female leader in an all-boys tech field, she’s tougher than nails. She may be a sweet country girl, but underneath her innocent exterior, Rose is a boss with an iron fist. She never backs down from a challenge, and when she wants something, she goes after it full force.

No matter how sexy his smile is, the attention of a tattooed bad boy is the last thing Rose wants. After a club outing with her best friend turns into steamy night with a mysterious stranger, Rose wants nothing more than to move past her one-night stand—however amazing it was—and continue to mend her broken career. Little does Rose know that fate has other things in store for her.


Reader Advisory: This book contains some scenes of public sex.

This was hot.  I figured it was going to be when there was a reader advisory...and it did not disappoint.

This book is definitely erotica.  Which is fine, and I enjoy...but is definitely something the reader should be aware of going into the book, as this is not for everyone.

The secondary characters, her family, the coworkers, were all interesting and added to the narrative in a positive way and worked to allow the characters to seem like real people with lives outside of their work relationship.

There were a couple of places where I thought the narrative skipped a bit and a couple of times where the balance of the pacing seemed a little uneven, but nothing to make me unable to enjoy the story. 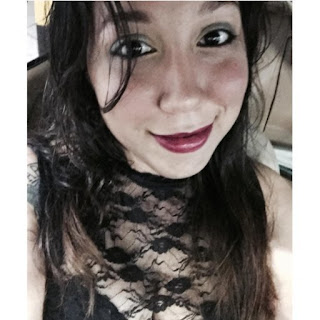 Lauren goes by the pen name L.T. Shade and lives in Miami, FL. She loves black coffee and sexy heroes. Not exactly in that order. Nothing makes Lauren happier than writing, or reading, about strong and capable heroines and their happily ever after’s.

When she’s not writing, she spends her time reading, overdosing on Cuban coffee, interning as a book publicist and hanging out with her amazing family and her American Cocker Spaniel, Princess Albie.