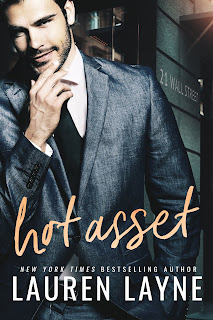 Ian Bradley is the definition of a Wall Street hotshot: seven-figure salary, designer suits, and a corner office. His drive off the floor is just as potent. Every woman who knows him has felt the rush. But now he’s met his match in Lara McKenzie—a woman with the power to bring Ian to his knees.

An ambitious, whip-smart daughter of FBI agents, Lara is a rising star in fighting white-collar crime. Her latest case—the investigation of Ian Bradley for insider trading—could make her career. She knows a scoundrel when she sees one. Ian fits the bill: a cocky, ridiculously handsome bad boy with a slick swagger.


“[A] playful romance…Layne populates her world of high-stakes finance with charismatic characters, and the fast-paced story works well with the simmering sexual tension between the leads…It’s easy to root for this couple.” —Publishers Weekly

“Layne can always be counted on to create an engaging, steamy, and thoroughly rewarding reading experience.” —RT Book Reviews

I'm a Lauren Layne addict. I adore her writing style, the sense of community she creates in her books. When I saw the blurb for Hot Asset I was immediately hooked and once I got the book in my hot little hands it didn't disappoint.

This story drew me in right from the beginning. Ian and Lara have a wonderful push/pull going on. It's a bit sticky as Lara is actually investigation Ian...and isn't believing his claims of innocence. Watching these two circle each other as they figured things out was a delight.

I liked Lara. I like her determination, her focus and her conviction. She was absolutely dedicated to doing her job, no matter how attracted she was to Ian. She's meticulous and thorough, which I appreciated, but she also has some vulnerabilities and I liked that. Ian definitely kept her off balance which was fun.

Ian. Holy hot Ian. He's such a charmer! This is a man who makes women fall at his feet but he just can't get Lara to really SEE him. I loved how his walls came down for her and he truly put it all out there for her. He's a swoonworthy book boyfriend for sure.

Like I said, there is chemistry between these two. They spark off each other in such a great way. They had me smiling, laughing, and sighing. I loved seeing the two of them come together.

The writing here was fabulous. It drew me in right from the start and didn't let go. The pacing was spot on. I loved the little world Lauren Layne created here and I can't wait to revisit it again. I loved this book and absolutely recommend it.

Wow. This one grabs you from the beginning and you are invested.

Ian is a stockbroker, he is successful, he's cocky, and he is incredibly good at what he does...partly because when what you do is something you love, you do it on knowledge and on instinct.

It's this instinct that makes the SEC, and it's investigator, Lara think that he is guilty of insider trading as he did not lose any money when a large client filed for bankruptcy...even though other traders in the firm did.

The problem? At least at first, Lara is convinced he is guilty. There was a tip, it was anonymous, and in her experience these tips always turn out to be credible.

The reader knows, from getting inside Ian's head, that he isn't guilty, and Lara comes to suspect as much as she is not able to find any evidence of his guilt. (No, not a spoiler as, really, there is no chance the hero of a Lauren Layne romance is guilty of a federal crime.)

This book felt a little different than other books by Lauren Layne, although I am not actually able to decide why that is. It's well written, the characters are wonderful and well developed. Their chemistry is strong and believable, and the plot and story is well done, and it moves quickly so you never lose interest in the story. All of this is classic LL, yet for some reason, the tone and the feeling of this is different.

I say read it, and let me know if you feel the same, as I definitely recommend this title. 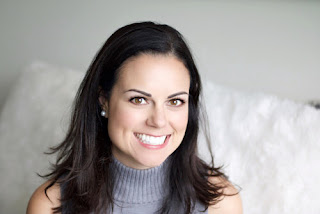 Lauren Layne is the New York Times and USA TODAY bestselling author of more than two dozen romantic comedies. Her books have sold over a million copies, in eight languages. Lauren's work has been featured in Publishers Weekly, Glamour, The Wall Street Journal, and Inside Edition. She is based in New York City. 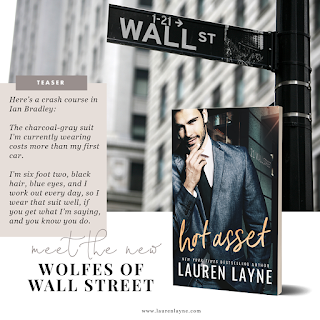