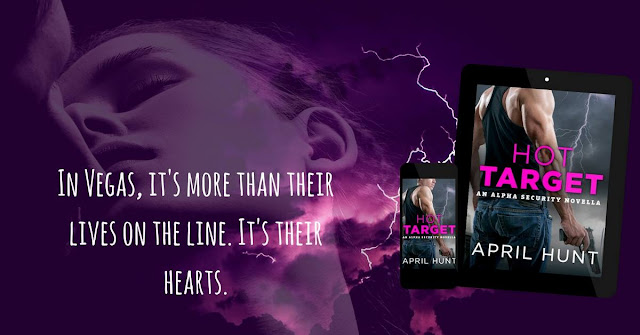 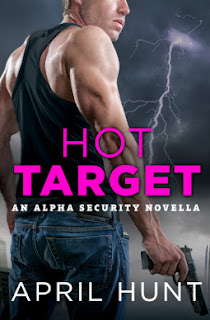 How did a nice girl like Rachel Kline end up in a jail cell in Vegas? Don't even ask. She came to Sin City to find her missing friend and accidentally got swept up in a police raid. Even worse, she's being bailed out by the last man she wants to see right now: the irresistibly sexy, infuriatingly cocky Alpha op who rescued her a year ago. What are the odds?

Logan Callahan is six-and-a-half feet of solid muscle and Texas charm, a hard-fighting ex-Marine with a soft spot for Rachel. He's more than obliged to hang up his cowboy hat and help her out. But when someone takes a shot at her, he knows there's a good chance what happens in Vegas won't stay there. With targets on their backs and killers on their tails, it's one high-risk game they're playing. And it's not just their hearts that are on the line . . .

Usually, when a book has the .5 in the title, you know you are getting a shorter story, or a novella.
In this case, Rachel and Logan definitely could have made a full story work and, as it was a novella, I did feel that there was a bit of backstory that I was missing, and that I could have benefited from a little more detail in the backstory of the characters.

There was enough for me to be able to enjoy the story overall.  And, I enjoyed the connection with Logan and Rachel.  They had chemistry, and respect for one another, and I liked reading their story.

I am curious on the other stories in the series, as I have not read all of them, and the snippets I got from this one makes me think I just might want to read the others in the series.

I liked that Rachel was capable, no she's not totally an operative, but she was treated as a woman with a brain and not the silly female who had no idea what was going on or what was happening.  That's always a nice balance, especially when the hero is an uber protective, alpha.

I enjoyed this title, and I do recommend it. 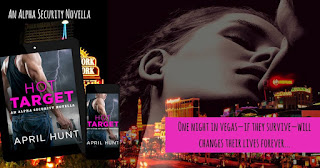