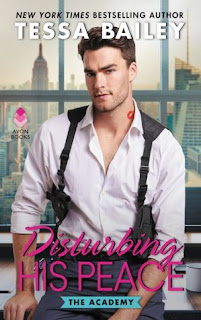 She’s got probable cause to make her move . . .

Danika Silva can’t stand Lt. Greer Burns. Her roommate’s older brother may be sexy as hell, but he’s also a cold, unfeeling robot. She just wants to graduate and forget about her scowling superior. But when a dangerous mistake lands Danika on probation—under Greer’s watch—she’s forced to interact with the big, hulking jerk. Call him daily to check in? Done. Ride shotgun in his cruiser every night? Done. Try not to climb into his giant, muscular lap and kiss him? Umm…

Greer doesn’t let anything—or anyone—distract him from the job. Except lately, all he can think about is Danika. He’s wanted the beautiful, cocky recruit since the moment he saw her. But she’s reckless and unpredictable, and Greer is painfully aware of what can happen when an officer doesn’t follow the rules. Probation seemed like a good idea, but now Danika’s scent is in his car and he’s replayed her voicemails twenty times. Christ, he’s a goner.

Danika’s melting Greer’s stone-cold exterior one ride-along at a time. Being together could have serious consequences… but breaking a few rules never hurt anybody, right?

But, she also writes amazing characters, and stories you are invested in, and series that you want to see how they play out because you like the characters you have met and you want to know how things work out for them.

She also doesn't write fairly tales.  It took me a while to figure out why her books feel "grittier" and I think this is why.  Life is real in her books.  People die, they have addictions, they have flaws, they aren't perfect.

Danika and Greer are academy student and instructor.  They should not be involved, for that reason...and for all of the reasons he has in his head, not the least of which is that he is her instructor and shouldn't date her.

Well, Danika tends to agree, as she overheard what Greer said about her friend Jack.  So, she doesn't like Greer...but,that doesn't have anything to do with their attraction and their chemistry.  She doesn't want to be attracted, but she is.

I liked the characters, I liked that they were flawed and that things were not perfect for them, that they felt like they were real people, with real lives, difficulties, and attractions.

As always, it was hot, sexy fun...and it was enjoyable.

I recommend this title, and all of the titles in the series. 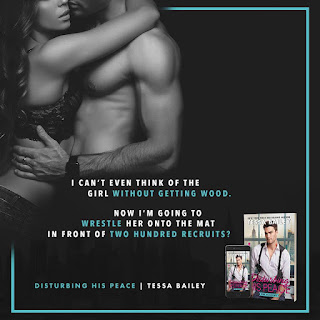 Check Out the Other Titles in the Series!
Disorderly Conduct
Indecent Exposure