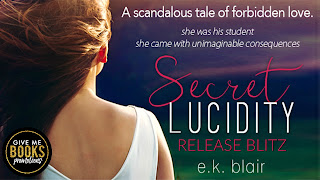 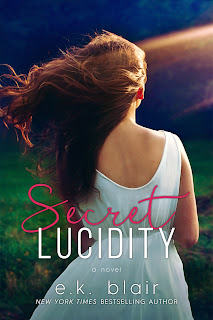 This wasn’t supposed to happen.

This wasn’t supposed to be my life.

I was just a typical girl, living a typical life. Nothing was out of the ordinary until tragedy threw me into a turnstile I couldn’t see my way out of. That was, until him.

I never could’ve imagined my heart falling the way it did. Hard, fast, and with unbounding beauty.

He was off limits.

But he became my everything, and I became his, so we risked it all. It was only a matter of time until I realized that our risk came with unimaginable consequences.

My name is Camellia Hale and his is David Andrews, and this is our love story.

Forbidden romance, taboo story lines, people who should not be together because society (and sometimes the law) say they shouldn't be...are some of my favorites.

Authors handle it in different ways. Sometimes, it's the step brother who is older, so he never lived in the house, or the couple that meets when one of them is underage, but nothing happens until they are both above the age of consent.

And, then there are books like this one. About a 17 year old girl and a 31 year old man. I liked the way the author dealt with this, as the things Cam was handling, the things happening in her life, would have given her a maturity. And, we saw this as the story unfolded, as she stepped away from the things in her life that no longer worked after her accident (happens at the very beginning, not a spoiler) because she was no longer that person.

Cam and David were interesting. I liked the progression of their relationship. I liked their acknowledgement that it was legally wrong but not to them. I liked that they were both willing participants and while there were times that Cam seemed young, most of the time, I had no issues believing that she was making an honest choice to be involved with David, and that her feelings were real.

That, I think, was the toughest challenge, as Cam is 17. I needed to believe that the relationship was real and that she was mature enough to hold the interest of David, at 31. And, I did believe it. I found it authentic.

The ending, however, was not quite what I wanted. The things that happened before the last chapter (so trying not to spoil) worked for me...but there were things between the end of the last chapter and them meeting at the coffee shop, that would have interested me. And, I wish there was at least some of that in there...however, I see why the author plotted the story the way she did.

This is my first title by this author, I enjoyed it, I recommend it, and I am looking forward to the next one by E. K. Blair. 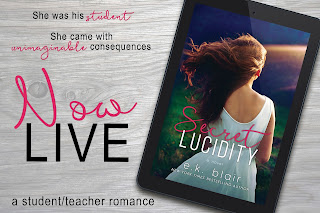 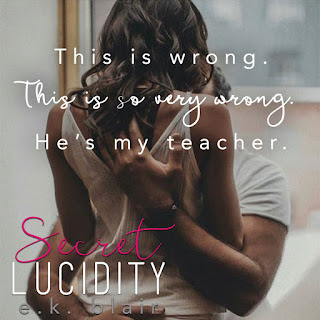 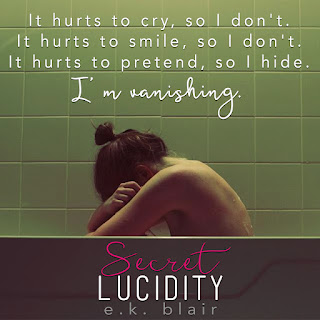 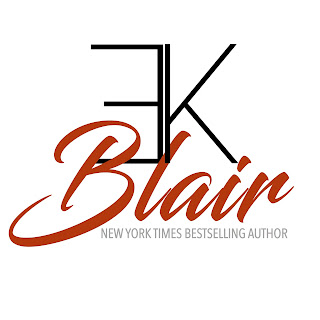 New York Times, USA Today, and International bestselling author, E.K. Blair, takes her readers on an emotional roller coaster with her books. Blair tends to drift towards love stories that are deeply layered with emotional angst. Give her a character and she will dig into their core to find what lies beneath.

Aside from writing, E.K. Blair finds pleasure in music, drinking her Starbucks in peace and spending time with her friends and family. She's a thinker, an artist, a wife, a mom, and everything in between. 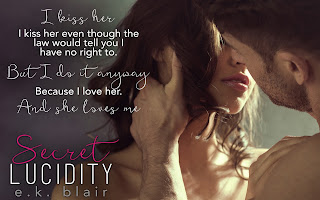