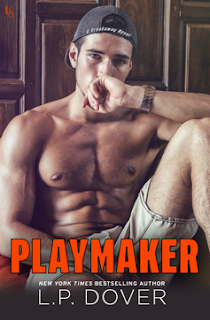 He knows every play in the book. But she’s calling the shots.

I’m Maddox Ledger, all-star winger and the reason the Charlotte Strikers killed it in the playoffs. Yeah, the tabloids like to call me arrogant. A real hothead. All I see is a guy who plays to win. Wreaking havoc on the ice, breaking a few hearts—that’s all just part of the game. And I’m sure as hell not sitting on the bench.

When my teammate asks me to be in his wedding party, I can’t refuse—but that’s the only way you’ll see me walk down the aisle. Commitment is for suckers. Lucky for me, the bridesmaid I’m paired with is the definition of eye candy. Lacey Easton is totally irresistible . . . and weirdly familiar. A glimpse of bare shoulder takes me back to a steamy Vegas night I can’t forget. One I’m eager to repeat.

Suddenly our one-night stand is turning into the sequel . . . and so much more. Still, Lacey’s keeping secrets. She doesn’t trust me. And maybe I deserve it. But there’s no chance I’m letting her get away—or letting another guy take what is mine. This time, I’m playing for keeps.Maria cleared her throat and tapped her finger on the chart. “That patient asked for you. I’m pretty sure you know who he is.”

Looking down at the name, I felt my stomach clench. What the hell was Maddox doing in New York, and at my hospital, for that matter? “Yep, I know him,” I replied.

I enjoyed this title. I liked, a lot, that Maddox and Lacey, the main characters were married throughout the book (really not a spoiler, you find this out immediately) and that the book is about them figuring out that they actually do want to stay married and that what they have when they met, and married, in Vegas was actually real and was the kind of thing you build from.

It's hard, especially in romance, to write something that feels different as we all know that this is going to end up with them in a happily ever after. And, it does. This book, though, is less about the journey of them falling in love and more about the journey of figuring out how to put the past, and their preconceived notions, aside in order to be able to make the relationship work.

The writing was strong and the characters felt authentic. I believed both of them as people. Some of the side characters felt like they possibly got too much time in the story, but not enough that I was not able to connect with Maddox and Lacey.

I enjoyed this overall and I recommend this title. 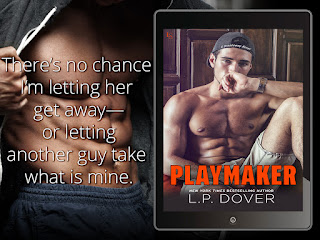 “I have to say, I wish I was you. I may be a Rangers fan, but those Strikers are pretty hot.” Unfortunately, she was right, but the Strikers were about to have one less player. “I hope he’s okay,” Maria added. “He seemed to be in a lot of pain. Abdominal cramps.”
“I’m sure he is.” Turning on my heel, I headed for his room. I was going to kill him. There were other nurses walking around, so I plastered a smile on my face and opened the door. Maddox stood, his arms crossed over his chest. As soon as I shut the door behind me, my smile disappeared. I tossed his chart onto the desk, knowing damn well there was nothing wrong with him. “What are you doing here?”
With a loud huff, he uncrossed his arms. “Hoping to get a minute of your time. You seem to have a problem returning calls.” I had no doubt he’d stolen my number from my phone while I was at the beach house.
There were nurses just outside the door so I lowered my voice. “I’ve been busy,” I hissed.
“But not so busy for Braeden. Callie said he’s coming up here this weekend.” His eyes blazed and I knew I was in trouble. I should’ve known he wouldn’t give up on me.
Lifting my head, I stared right into his bright blue eyes. My heart shattered. “Braeden and I aren’t together. Not that it’ll stop you from hooking up with other women.”
“You can’t be serious.” The sound of his voice sent chills through my body. It was cold and dark.
Eyes burning, I stood up straighter. “You can’t be coming around like this, Maddox, especially here. This is my job. Everything I do is being watched. If you screw things up for me, I’ll never forgive you.”
He shook his head. “So that’s it?” he scoffed, throwing his hands up. “We spend a weekend with each other, and you expect me to let you go?”
“I told you it was just one night. You agreed to it.”
His jaw tensed. “I thought I could change your mind.”
“You can’t.”
“What do I have to do, Lacey? Can’t you see I’m in love with you? You’re my wife. You wanted this just as much as I did. We owe it to ourselves to try and make this work. I’m not afraid to put everything on the line. The question is . . . are you?”
Lips trembling, I stepped back toward the door. I closed my eyes and I could see all the tabloid pictures of him with other women. When I opened my eyes, they burned. “I may be your wife, but I saw all the pictures, all the women you paraded around with over the years. You say you didn’t sleep with any of them, but it’s too hard for me to believe.”
He flinched as if I’d stabbed him in the chest. Hell, that was how it felt for me seeing him with other women. Maddox’s gaze never wavered from mine. “I swear to fucking God I didn’t sleep with them, Lacey. It was all a show to piss you off and make you come back to me. The joke was on me, though. I can’t take it back.”
“You must really think I’m stupid,” I spat.
“It’s the truth, believe what you want. I was wrong to do what I did and I’m sorry. I thought making you jealous would bring you back to me.”
I shook my head. “All it did was make me hate you. It broke my heart. You’d proved exactly why I needed to leave you in the first place. Men like you can’t be faithful to just one woman.”
He moved closer, his jaw clenched. “You never gave me a chance.” He pulled me into his arms and crushed his lips to mine. When he pulled back, he rested his forehead to mine. “Let me prove it to you.”
“How?”
He cupped my face with his warm hands. “I don’t know, but I’ll figure it out. You’re the only woman I want to be with. There hasn’t been anyone else other than you. You have my heart, Lacey. From the first day I met you, you’ve had it.” I wanted to believe him, but I just couldn’t. He searched my eyes and huffed. “You still don’t believe me, do you?”
Tears fell down my cheeks. “I want to, Maddox. You have no idea how bad I want to.”
Sliding his hands down my arms, he entwined his fingers with mine. “The next few weeks are going to be hectic with practice. All I ask is that you at least talk to me and try to work things out. Can you do that?”
“Okay,” I replied with a nod.
His eyes brightened and he kissed me again. “That’s all I ask. The question now is what are you going to do about Braeden?”
By the look on his face, he didn’t want me anywhere near him. “He’s coming to see me this weekend, Maddox. I can’t send him away. He’s my friend.”
That wasn’t what he wanted to hear. “But I’m your husband.”
“A husband nobody knows about,” I countered. “I’m not ready for people to know. I can’t be seen with you right now; not until we tell everyone the truth.”
Huffing, he placed his hand on the knob. “You don’t trust me, but you expect me to trust you with Wallace? How is that fair?”
He had a point, but it still didn’t change anything. The only thing I could do was stand there. Sighing, Maddox opened the door. “One of these days you’re going to trust me, Lacey. I’m not going to stop trying until you do.”
Posted by Laura at 11:00 AM