NEXT YEAR IN HAVANA BY CHANEL CLEETON - RELEASE BLAST 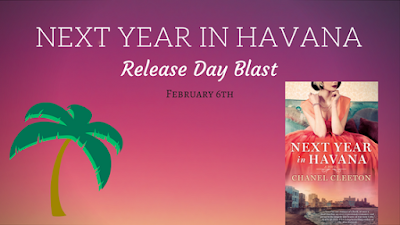 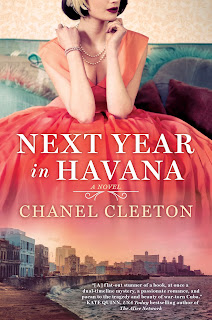 After the death of her beloved grandmother, a Cuban-American woman travels to Havana, where she discovers the roots of her identity--and unearths a family secret hidden since the revolution...

Havana, 1958. The daughter of a sugar baron, nineteen-year-old Elisa Perez is part of Cuba's high society, where she is largely sheltered from the country's growing political unrest--until she embarks on a clandestine affair with a passionate revolutionary...

Miami, 2017. Freelance writer Marisol Ferrera grew up hearing romantic stories of Cuba from her late grandmother Elisa, who was forced to flee with her family during the revolution. Elisa's last wish was for Marisol to scatter her ashes in the country of her birth.

Arriving in Havana, Marisol comes face-to-face with the contrast of Cuba's tropical, timeless beauty and its perilous political climate. When more family history comes to light and Marisol finds herself attracted to a man with secrets of his own, she'll need the lessons of her grandmother's past to help her understand the true meaning of courage.

Learn more about Next Year in Havana including downloading the book club guide and more at: http://www.chanelcleeton.com/next-year-in-havana/ 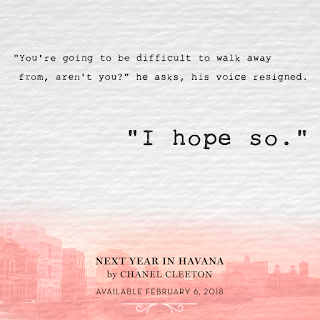 Praise for Next Year in Havana:


Cleeton has penned an atmospheric, politically insightful, and highly hopeful homage to a lost world. Devour NEXT YEAR IN HAVANA and you, too, will smell the perfumed groves, taste the ropa vieja, and feel the sun on your face. Just a wonderful and educational book!

An evocative, passionate story of family loyalty and forbidden love that moves seamlessly between the past and present of Cuba’s turbulent history— how one young woman’s sacrifice becomes the key to her granddaughter’s future—how culture and spirit survive against all odds. Next Year in Havana kept me enthralled and savoring every word.

In Next Year in Havana, Chanel Cleeton's prose is as beautiful as Cuba itself, and the story she weaves--of exile and loss, memory and myth, forbidden love and enduring friendship--is at once sweeping and beautifully intimate. This is a moving, heartfelt, and gorgeously realized story that will stay with you long after you turn the final page. 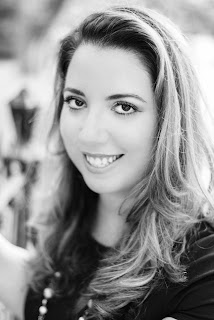 Originally from Florida, Chanel Cleeton grew up on stories of her family's exodus from Cuba following the events of the Cuban Revolution.

Her passion for politics and history continued during her years spent studying in England where she earned a bachelor's degree in International Relations from Richmond, The American International University in London and a master's degree in Global Politics from the London School of Economics & Political Science.

Chanel also received her Juris Doctor from the University of South Carolina School of Law.

She loves to travel and has lived in the Caribbean, Europe, and Asia.