“Lauren Layne gets the red rose for this one, and fans of The Bachelor will fall in love with this thoroughly charming story.”—Kate O’Keeffe, bestselling author 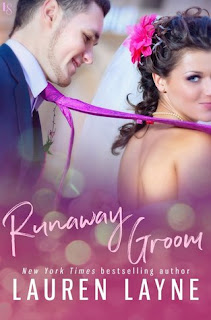 For one charming playboy, getting cast on a Bachelor-esque reality TV show is the shock of a lifetime—until he finds love where he least expects it.

Gage Barrett’s reputation as a ladies’ man has been greatly exaggerated, but none of that matters after a drunken bet lands him on Jilted, a reality TV show that matches runaway grooms with wannabe brides. Now he’s stuck at a Hawaiian resort with nineteen women competing to drag him back to the altar—and one contestant who’s even more miserable than he is. Gage has no idea how feisty, independent Ellie Wright wound up in the cast, but it’s obvious she hates his guts. And if there’s one thing Gage likes, it’s a challenge. . . .


Ellie can’t believe she let her best friend talk her into exchanging her dignity for a glorified bikini contest. Still, she could use the exposure—her business is struggling—and she’ll probably be one of the first to get eliminated anyway. But Gage isn’t the shallow jerk Ellie anticipated—and he’s in no rush to send her home. As stolen kisses turn into secret trysts, she finds herself losing track of what’s real and what’s for the camera. With the wedding finale looming, this runaway groom is tempting Ellie to start believing in storybook endings.

Lauren Layne has made me fall in love with reality tv-or at the very least, her version of it. Runaway Groom is sweet, fun, and sexy-all things I've come to expect from this author. Once I started reading I didn't want to put my kindle down and when I finished? My face hurt from smiling so much. This book further proves why Lauren Layne is a one click author for me.

I'm not a fan of reality tv. There. I said it. But this book made reality tv seem a bit fun. The concept of the show used in this book isn't like any I've read before and I truly enjoyed the fresh spin on this.

Ellie, our heroine, is incredibly likeable. She's smart, strong and sweet. This is a character that I would absolutely go meet for coffee or to binge watch a tv show with. I liked that she wasn't willing to change who she was to become who she thought Gage would need her to be. Her growth in the book was fun to see.

Gage was oh so swoon worthy! Definitely one of my favorite Layne Book boyfriends. He was sexy and sweet, but it was his vulnerability that got to me. He just wants someone to see HIM, to want HIM. He's a stand up guy-and it's fun watching him show that to Ellie.

These two have quite the journey together. Neither wants to be where they are in the beginning but they form quite a little friendship. They have chemistry and great banter, sure. But underlying all that? They like each other, they genuinely like each other as people, not just as show contestants or as love interests. That's what had me rooting for them. I believed in them as a couple. Their banter definitely had me smiling and their sexy times? Well, I mentioned he was swoon worthy right? Be prepared to swoon.

The supporting characters in this book had me laughing and cringing. I'm not sure how the author came up with some of the contestants on the show but I have to admit I enjoyed them. I didn't expect to like many of them-I thought I would feel disloyal to Ellie-but I didn't. They were a great balance and addition to our hero and heroine.

The writing here was tight, sharp and fun. The pacing was great-my only issue was that I didn't want the book to end. If reality tv was like this book I would try to watch some (ok, I probably wouldn't-I'd read another book) but this was fun. I absolutely adored this book and cannot wait to see what this author comes up with next. I highly recommend this title.

I adored this book, the premise, and the slight shade to the whole bachelor themed reality television shows that exists in the way both Gage and Ellie feel about participating in the show. I know, I read romance, I believe in the happily ever after, and I love watching people find that love. I just don't love it when it is on a reality show, so I found myself really relating to Ellie, and her determination to get off the show.

There was so much about this book that felt fresh and fun. The premise, the idea that the relationship was not supposed to happen, and that he was not free to openly date Ellie without breaking a contract made for some amusing (and clever) diversions being necessary for them to get their alone time, in the closet, so to speak.

Lauren Layne is a wonderful author, and she is a favorite of mine because of books like this. It's her ability to take characters and put them into situations that are a little different than other authors, and then to develop these characters, let you get to know them and to fall a little in love with them.

I am definitely more than a little bit in love with Gage and I recommend this title. 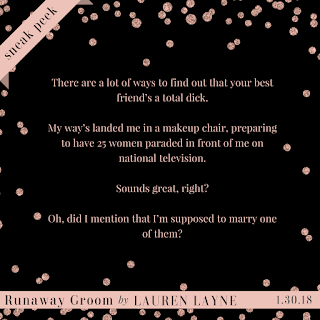