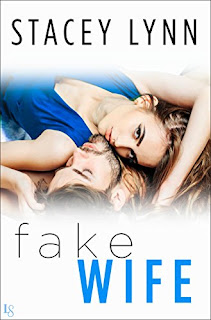 This marriage is strictly business . . . until the temptation gets way too real.

Corbin: I loved my grandma, but I don’t need her money. All I care about is keeping the house—the only place that’s ever felt like home. That, and screwing over my dad, who wants to turn the property into a mall. There’s only one catch: To receive my inheritance, I have to get married within six months. Me, the guy who’s never dated a girl for more than six minutes. Now I need to find a woman I can trust. So when I’m rear-ended by a Prius, I figure it’s a sign that I’m supposed to meet gorgeous, down-to-earth Teagan Monroe.

Teagan: First I lose my job. Then I come home and find out—in the most graphic way possible . . . yeah, that way—that my boyfriend is a cheating jerk. And then I speed off and nearly kill Portland’s sexiest bachelor. Corbin Lane should be pissed. Instead, he offers me more money than I’ve ever seen in my life to marry him and live together in a mansion for two years. No sex. No feelings. Just cash—enough to make all my dreams come true. Then we go and break all our rules . . . and I realize I’m falling in love with my fake fiancé.

Who better to be your fake wife than a woman who lost her job, boyfriend, and home in the same day? Or maybe the woman you meet when she rear ends your car?

What if they were the same woman? This scene really sets the tone for the story. The situations, and the things that happen are just enough to keep you engaged without ever making you feel that it went too far.

Corbin and Teagan need one another to solve their current problems and this puts both of them in the perfect place to be ok with a fake marriage for 2 years.

The problem? Fake marriages, especially in romance novels, are never as easy and simple as the people involved think they will be. The challenge with writing them is that you have to keep them fresh without making them seem too unrealistic and like the people who have been thrown together would never actually be attracted to one another.

Stacey Lynn did a good job with this title, I believed not only the attraction between Teagan and Corbin, but I also believed it was realistic that they would end up together. As the story went on, I was able to see a happily ever after for them, and that is what matters.

Add in the chemistry, which was scorching, and the willingness of Corbin to wait until Teagan saw that there was more between them than just the fake marriage and you have an enjoyable read.

I enjoy Stacey Lynn so when I saw this title on NetGalley I clicked it right away. Once I saw the blurb I was even more excited since I enjoy a good fake romance. This book was a sweet read, very light on angst (which I appreciate most of the time) and overall enjoyable.

I liked Teagan. She had a heck of a day and then gets presented with the opportunity of a lifetime. I liked her sense of self. I truly felt she was a believable character. Her reactions are genuine-to every situation she deals with in the book, and I loved that.

Corbin was a bit harder for me to connect with initially. I'm not sure what it was but I felt a little distanced from him until about 60% into the book. Then I was all in with him. I think in the beginning I just didn't believe his response to the situation he was dealing with. I just wanted a little more from him overall. He's sexy for sure and the swoon factor is there, but I just wanted...more.

There's chemistry between Teagan and Corbin right from the start. She's a little star struck but I think that's absolutely normal. I liked how their relationship progressed; it felt very realistic. I loved watching them figure out their feelings for one another. The sex was steamy-which is always a bonus.

I think the pacing in this book worked. You know going in what to expect in a sense from the blurb, so it's interesting to see this author's spin on this trope. I loved the supporting characters. I look forward to what this author comes up with next. Overall, I enjoyed this title and would recommend it.