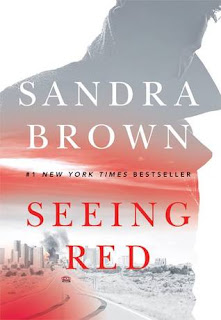 Kerra Bailey is a television journalist on the rise, and she's hot on the trail of a story guaranteed to skyrocket her career to even greater heights: an interview with the legendary Major Trapper. Twenty-five years ago, the Major emerged a hero from the bombing of the Pegasus Hotel in downtown Dallas when he was photographed leading a handful of survivors out of the collapsing building. The iconic picture transformed him into a beloved national icon, in constant demand for speeches and interviews--until he suddenly dropped out of the public eye, shunning all members of the media. However, Kerra is willing to use any means necessary to get to the Major--even if she has to wrangle an introduction from his estranged son, former ATF agent John Trapper.

Still seething over his break with both the ATF and his father, John Trapper wants no association with the hotel bombing or his hero father, and spurns the meddling reporters determined to drag them back into the limelight. Yet Kerra's sheer audacity and tantalizing hints that there's more to the story rouse Trapper's interest despite himself. And when her interview of a lifetime goes catastrophically awry--with unknown assailants targeting not only the Major, but also Kerra--Trapper realizes he needs her under wraps if he's going to track down the gunmen before they strike again . . . as well as discover, finally, who was responsible for the Pegasus bombing.

Kerra is wary of a man so charming one moment and dangerous the next, and she knows Trapper is withholding evidence collected during his ATF investigation into the bombing. But having no one else to trust and enemies lurking closer than they know, Kerra and Trapper join forces and risk their very lives to expose a sinuous network of lies and conspiracy running deep through Texas--and uncover who would want a national hero dead.

Really, what do I say?  This was Sandra Brown, and she did it again.  I was engrossed from the 1st chapter, I was up too late reading, I finished in about a day, and I didn't want to put it down.  Do I have other books on my list with a sooner publication date?  Absolutely.  Do I have the willpower to allow a Sandra Brown title to sit on my Kindle, unread? No.  No, I do not.

All true, and it happens every time I read one of her titles.  She is just that good.

Bombers, crazy killers, conspiracies, family dynamics that will take years of counseling to straighten out.  It's all in here.  And, it works.  The plot, the writing and the pacing are tightly constructed and you believe what happens to the characters.

And, like she often does, her hero isn't the best...or so it seems at first...for a romantic hero.  Your introduction to him leaves a lot to be desired, and Trapper doesn't seem to care.  Kerra knows she should, she know she should not be attracted to Trapper (John) a down on his luck private investigator who had been fired from his job with the ATF.  But, he is the son of her "hot get" interview target, so she tests him...leaves him a photo, tells him he is going to need a magnifying glass, and waits. He doesn't disappoint, and what you get is a chase across Texas, a couple of corpses, a stolen vehicle or 2, and enough twists and turns that you aren't even sure where the heck you are but you know you have enjoyed the heck out of the ride.

I have joked, more than once, that by the end of the Sandra Brown book, once the characters get their HEA, and they did in this like they always do, that all of the characters are going to need therapy.  Yeah, that's probably the case for this one too, but what a ride.

Was there a HEA? Of course there was.  Ms. Brown tells a heck of a twisty story, but at the end, it's a story about people, about redemption, about a second chance, and about a way to come back to who you were and be a little better off on the way there.  Kerra and John get their HEA, and you believe it. They are going to be a couple for the long haul., although their life might be a little boring going forward, comparatively.

Oh, and for the "gotcha" moment that happens in every book?  Oddly enough, there was nothing that left me absolutely stunned until the end.  I actually found myself thinking that, while there were quite a few jaw dropping moments, that the "OMG did that seriously just happen" wasn't going to be in this book.  And, it was like Ms. Brown heard me...because GOTCHA.

Ms. Brown got me good.  And, I never saw it coming.

Pre-Order This Book!
Amazon
Posted by Booked All Night - Laura at 11:00 AM