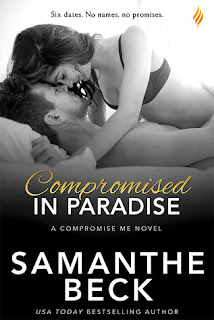 Stressed out hotel heiress Arden St. Sebastian is in Maui for one thing and one thing only. Work. But when the hottie at the bar buys her a drink to end all frilly umbrella-and-glow stick drinks, she can’t help but accept his unspoken invitation. When they get back to her villa, however, and the sexy moment of truth arrives, she can’t…quite…get there. Again.

ER resident Nick Bancroft can handle a night of fun, anonymous sex, but he draws the line at a fake orgasm. He makes his mystery woman a deal. He’ll take care of her little stress-induced orgasm problem if she’ll spend the next six days exploring the island with him, no questions asked.

A week of island relaxation on the arm of the sexiest man she’s ever met? Arden’s game. As long as she keeps her identity secret, she’s got nothing to lose…except her heart.

Was this the most emotionally wrenching book I have ever read? No. Was it a good time with a couple of likeable characters and some really hot sex? yes. 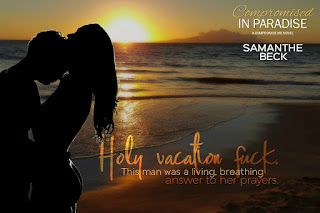 One night. No names. No Promises. COMPROMISED IN PARADISE is only #99cents!!