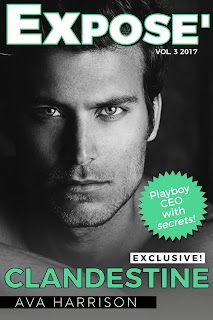 One night.
No names.
No commitment.
That was our agreement.
But Spencer Lancaster was addictive.
And I was high.
High off his taste, starved for his kiss, and desperate for his touch.
So when he asked me to stay, to enjoy his company for more nights than I knew I should, I wasn’t in the right mind to say no.
Everything was perfect. A dream come true.
But half a world away there were secrets.
Lies.
Insecurities.
All of the truths that could tear us apart.

This was not what I was expecting, and isn't that such a fun surprise from a book. Don't worry, it is all good, and you will like it. All of the important stuff is there; a couple you like, individually and together, the passion, the connection, the happily ever after. But, in a slightly different way than it usually is...which will make sense when you read it.

From the blurb, I was expecting that this would be a Pretty Woman kind of romance, a few illicit (like what I did there?) nights strung together and then a couple of characters figuring out that they wanted more. Well, it was, and it wasn't, this simple.

In a lot of ways, this is exactly what I got, but the order was different than I was expecting, the development of the relationship with Spencer and Olivia was a little faster than I expected it to be at the beginning. And, like Olivia says, this really lets her, Spencer and in my case, the reader, off the stress of "will they work it out before they leave their time together" and lets you focus on the future. It's also a lot of fun to read the books where the hero just loves the heroine. Yeah, there is a some resistance at first, but even from the beginning, Spencer figures out quickly that what he has with Olivia is different, and that he's never had anything like that before.

Isn't that why we read romance? To be there, with the couple, when they realize this person is it for them? That this is the person they are meant to be with? I know this is one of my favorites of the many ways in which a romance evolves.

There are a whole bunch of unresolved issues, and insecurities. Spencer has his past, his former relationship with his ex, his estrangement with his brother Grant (who is getting his own standalone, isn't that the best news???) and his fear of letting anyone close to him that is causing him to push Olivia away...even though he thinks he is keeping that hidden from her. Olivia has her past as well. And, ironically, although you see this coming, I think, it is the girl who seems to have her family all worked out who has some of the biggest issues to face. Because isn't that life? You have it all figured out, all is going to plan, things are moving as they should and then life happens.

I loved the character development in this book. Through some internal, and some external, neither of them are the people at the end that they were at the beginning. Some of it is big, some of it just those small realizations we all have when we realize something we thought was true isn't true, or is no longer true.

There is a scene toward the end (no spoilers I promise) where not only does Olivia react differently than she would have in the past, but she owns it. She knows it. She stops herself from the knee jerk reaction that she would have had in the past...and because she stops it, she is able to move forward with Spencer. Little moments like this, and there are a couple in this book, are what take a book from good to great.

I could go on, in fact many reading this likely think I should have stopped this review a few paragraphs ago, LOL....but let me just say I recommend this book, you want to read it, and I can't wait for the next one by this author! 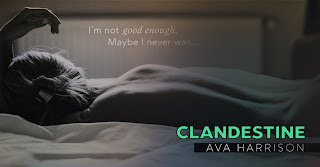 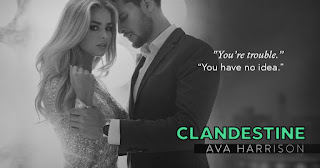 Ava Harrison is a New Yorker, born and bred.

When she’s not journaling her life, you can find her window shopping, cooking dinner for her family, or curled up on her couch reading a book. 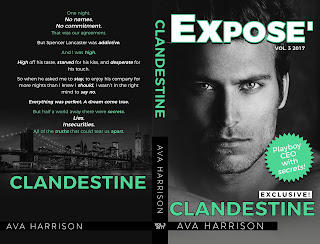