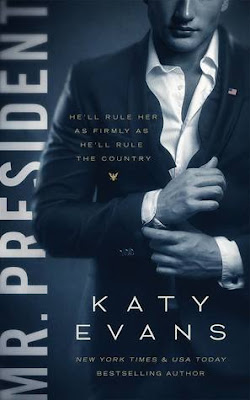 He's won the hearts of millions. But is he willing to lose his?

I met the president’s son when we were both young. Matthew Hamilton was handsome, polished, and intelligent. I’d never met a guy like him.

He promised me that he’d never run for president. I promised that if he did, I’d be by his side.

Three terms later, an invitation to join Matthew Hamilton’s campaign is the most exhilarating opportunity I’ve ever experienced. I'm determined to make a difference; he is determined to win.

Focused on his goal, Matt is steadfast, ruthless, and disarming. All eyes are on him and his popularity is surging. But soon, the next possible president of the United States is possessing me in more ways than one—and despite the risks, I'm helpless to resist.

We're stealing touches, stealing moments, and stealing away at night. But our chemical connection is quickly becoming dangerously combustive, putting not only my heart, but Matt's chance at the presidency on the line.

Winning will take everything. Walking away will be the hardest thing of all.

This book, somehow, was my first by Katy Evans.

I'm not sure how that happened. And, now I have a lot of reading to do... because if her other books are even half as good as this one, I have a lot of fun to look forward to...

Matt is wonderful. I'd probably vote for him, honestly. And the idea that he's in the judge of a presidential campaign is different. Matt wasn't planning to run when he was younger, but as he says, life and time have a way of changing what you want.

He's been in the White House before, as the son of the President of the United States. He's seen what the office can do to a family and to the life them live. And he's refusing to do that to anyone. So, he decides he will stay single.

The best laid plans, and all that....

Charlotte is 22. There's a lot she doesn't know and she's figuring out who she is in a lot of ways. But what she does know is that she loves this country and believes Matt is the best thing for it. She also learns that she is in life with Matt. And has a pretty good idea he just might be with her.

Their chemistry is intense. There's a scene in a limo, before anything has happened with them where you can see the steam coming off your Kindle. It's hot, it's amazing.

The writing is strong, you adore and believe the characters. The pacing moves from one event to the next quickly. There are some small time jumps, but nothing that messes up the continuity.

The book is a forbidden romance. They can't afford a scandal... but Matt also refuses to acknowledge that he's going to have to give her up if he wins, because of his own rules. He doesn't want to admit this, so he avoids it.

Until he can't. It's not really a spoiler as the next book is Commander in Chief... but it's going to be interesting watching them try to figure this out, to balance what they want with who he is...

And I'm looking forward to it.