IT HAPPENED ONE BACHELOR BY CAITLYN BLUE-RELEASE BLITZ 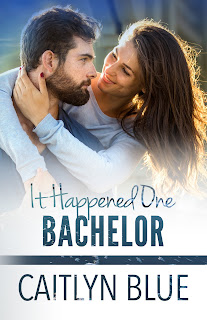 Sometimes you can’t help falling in love with the wrong person.

Successful art director, Brynn Callahan has had it in for adventure vlogger, Paxton Mercer since he introduced her fiance to the love of his life and caused her engagement to end. But when their group of friends heads to the tropics for a fun getaway, an unexpected kiss to end all kisses convinces her what she needs is a little adventure with a man who knows how to have fun.

But a vacation fling isn’t enough to build a relationship on and Brynn is a girl who has her future all planned. Once they’re home it’s going to take more than flirty banter or through the roof electricity for Brynn to take a chance on someone who goes wherever the wind blows him.

Can a guy who lives on the edge convince a woman who loves to play it safe to risk her heart with him?

This book was light and fun. There are some under currents of a more serious situation, and of things that will need to be resolved with other couples, but it was balanced well enough with the relationship between Brynn and Paxton.

Paxton is a lot more interested in Brynn than she is in him, probably because she blames him for messing up her wedding, which is definitely something about which she is holding a grudge. He makes it his mission to show her why her ex was wrong for her and why he is the person she should be with. As a reader, you find yourself agreeing with Paxton, that the ex is a jerk and in his belief that he is the one who should be with Brynn. And, you are a little frustrated at how long it takes her to figure it out, but at the same time you understand her reluctance to get involved with Paxton, even though she is attracted to him.

The ride as they figure out that they are meant to be together is a lot of fun, the scenes with them and also with the other supporting characters are handled well and the pacing is strong, there is enough of each in order for the reader to feel they got a complete story instead of one that was pieced together.

It's the 3rd in the series, but it can also be read as a standalone, however I do recommend reading the other titles, as you do get a more complete look at the relationships of the characters involved and some of the backstory. I think having this info leaves you with a richer experience in this book.

Whether you have read the others in the series or not, I recommend this title. 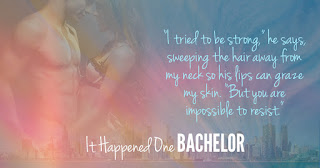 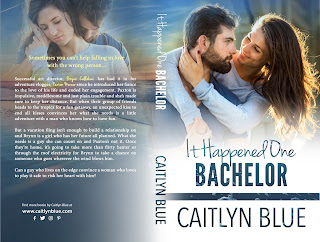 I toss my suitcase onto the bed and unzip it. Unpacking gives me a reason not to stare at Paxton. Obviously he’s already settled in because he’s swapped jeans and a T-shirt for a ridiculously bright pair of swim trunks and nothing else. They ride low on his hips, showing off his ripped body. My fingers twitch as I pretend to be absorbed in my task, but I can’t stop myself from biting my lip as my pulse starts to race. Damn it. I can’t afford to be attracted to him. He ruined my life. I don’t like him.

It’s just a simple physical reaction to a gorgeous man. I haven’t had sex in a long, long time and there’s no question that he’s hot.

He’s referring to the travel cubes that hold all my clothes. Made of nylon and mesh, they come in various sizes and enable me to keep everything organized and wrinkle free.

“You mean you don’t stuff everything into a duffel and head out?”

“With all the traveling I do, I needed a better system than that.” He gives me a long, lazy look. “Hey, there’s something else we have in common. I bet we spend the weekend finding out that we’re two peas in a pod.”

I don’t like the way he’s looking at me. Heat begins to build beneath my skin and suddenly I’m imagining the two of us in that huge shower I can see in the bathroom beyond him, naked and going at each other. I’m almost overcome by the urge to moan.

I can’t be. His actions resulted in my broken heart. How many times do I have to remind myself of that?

“Look,” Paxton says, “I want to be cool with you this weekend.”

Cool? I’m feeling anything but that. I grab my make-up bag and head toward the bathroom. He backs up just enough to let me by. Again I’m assaulted by the scent of him. Bittersweet citrus, mint, and something peppery for heat. Clean and manly. Faint enough to make it necessary to lean close. Almost before I realize what I’ve done, I suck in a deep breath. Sharp desire spears straight to my core, awakening a keen ache.

And suddenly I want something besides my lungs filled with him. My stomach drops as I imagine wrapping my legs around his waist as he enters me. Damn it. I hate carnival rides and that’s what being around Paxton is like. Pulse stopping dips and exhilarating twists.

As I scowl at his reflection in the mirror, it’s no challenge to pitch my voice into frustrated tones. “But that’s going to be really hard if you talk to me. At all. Why don’t we keep the distance of the house between us at all times and everything will be great.”

“So you need me to stay away from you to remain cool? What happens if I get close?” His voice is a self-satisfied purr. “Are you going to heat up?”

He demonstrates by setting his hand on the countertop and shifting in my direction. My heart hammers so hard, I’m sure he can hear it. There’s no missing the bright color that pops into my cheeks or the sudden glazing of my eyes. Despite the warmth of the room, goose bumps appear on my arms.

“I’m not playing.” And he’s not smiling. His gaze is keen and probing as it meets mine in the mirror. “I’m deadly serious about you.”

My mouth opens to ask a question but nothing comes out. I don’t want to know what he has in mind or why. “We’re not a good fit, you and me.”

“Are you so sure?” The light kiss he drops on my shoulder make my toes curl. “You’ve never given me a chance.”

I gape at him. “Why should I after what you did?”

“I mean before. Back in high school.”

“High school?” We’d barely known each other. We hadn’t had any classes together and I’d hung with my own friends. I didn’t know who he was before Julie started dating Zach. And I don’t think I said two words to him after that. “We ran in completely different circles.”

“I’d hardly call you, Paul, or Zach losers.” In fact, they all owned their own businesses and had done exceptionally well. “And I’m no leader.”

In fact, when I allow myself to think about it, I’m disappointed in both my career and personal life.

“Besides,” I continue, “From what I remember of you then, I wasn’t the sort of girl you were interested in. You liked to party and that wasn’t me.”

“We would have been a terrible fit.” I don’t know why I’m so insistent that he agrees with me. “It’s no better now.”

He doesn’t say anything for a long moment and then shakes his head. “I disagree.” 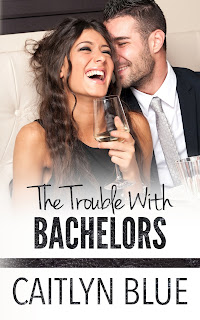 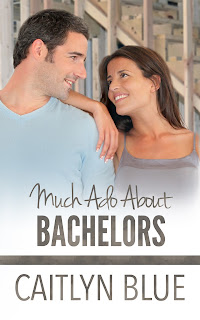 
Voracious reader with an overactive imagination, chocolate addict, lover of fancy cocktails and tasty edibles, sucker for adventure movies and any music with a beat.

When not writing, Caitlyn loves to connect with her readers for whom she’s extremely grateful. Join her VIP list to stay up to date on giveaways and exclusive offers. 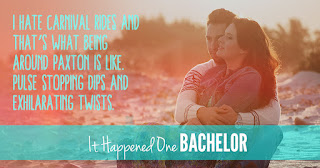