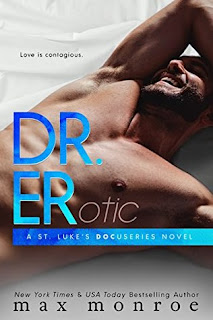 Well, that was my plan.

Until her—feisty, beautiful, and addictively sexy Harlow Paige.
A gossip columnist that just loves writing about yours truly, she’s everything I thought I never wanted and then some.
She drives me crazy.
Problem is, she doesn’t want to be anything when it comes to me—not friends, not lovers, not even adversaries.
God, I love a good challenge.

Get ready, Harlow. Love is contagious.

I fell in love with Max Monroe when I discovered their debut book, Tapping the Billionaire, last year. I have to say I fell in love with them again in this book. I was a little worried I might not love this book-as there were aspects to their last book, Dr. Ob, that I didn't love. But I worried for nothing, as this book took me back to why I love Max Monroe.

Scott Shephard took me by surprise. I truly didn't think I'd fall in love with him but I really did. He's a player and he doesn't try to hide that. But he also respects women. He never implies he's looking for more, or wants more in his life, until he meets Harlow. He's smart, funny and incredibly sexy. In life, people say you can tell a lot about a man by how he treats his mother-and Scott adores his mom, so it was a no brainer that I fell for him.

Harlow was different than most Max Monroe heroines. She had a softness to her, a vulnerability that drew me to her. She's a relatable character, someone who gave up a dream and changed herself for a man. We all know someone like that. Watching her rediscover herself was incredibly gratifying. I liked her, I rooted for her.

The chemistry between these two sizzles the moment they meet and just continues to escalate. I always enjoy how Max Monroe writes their sexy times. It's always hot and usually has a touch a sweet-which is a killer combination. It absolutely works between Scott and Harlow. It offers a whole new side to them that they usually keep tucked away.

What I really loved about this book was that even though some past characters are mentioned, they don't take over the story. I'm looking at you, Thatch. Don't get me wrong, I love, love, love the Bad Boys Billionaire Series but I feel that those characters were a touch overused in Dr. Ob. It's one thing to occasionally bring back a past character, but Kline, Thatch and Wes aren't needed here really and Max Monroe sensed that and wisely left them (mostly) alone.

This book took me back to why I love Max Monroe. It had me laughing, it had me swooning and sighing. The sexy times were great. It has me looking forward to the next book in the series. I would say that this book, while part of a series, can be read as a standalone. I recommend this book. 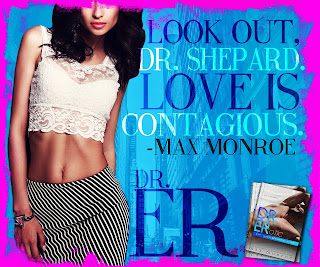