My best friend is married.

Everyone I know is married. It doesn’t bother me.

I like my life the way it is. Since I’m single though, when my best friend and her husband finally decide to go on their dream honeymoon, she asks me to watch their three-year-old son.

Of course I say yes.

What my best friend neglects to tell me is that I won’t be babysitting alone.

Feeling Max might be too much for me to handle, her husband asks his only single friend to help.

Nick Carrington and I have met a couple of dozen times. I’ve never really given him a second thought—other than to say he’s kind of a jerk. Out loud. So he can hear. Sure, he’s tall, dark, and handsome. And yes, he has the best ass I’ve ever seen, and I mean ever seen quite literally. You see he mooned me at last year’s Fourth of July barbecue because, like I said, he’s a jerk.

He always has to be the life of the party.

I’d even go as far as to say he’s a manwhore.

Yet somehow before I know it, this manwhore and I are co-parenting. Living under the same roof. Eating meals together and yes, talking.

Even though I knew every minute would be hell, I had to say yes.

But after two weeks what I didn’t expect is that I’d been wrong about him.

That under his smart-ass exterior, he’s quite charming.

That his arrogance is actually confidence.

And that the sight of his naked body would do really bad things to me.

And I want more of him.

The question is—does he want more of me?

Will be available on Kindle Unlimited!

The enemies to lovers story isn't a new one, so in order to enjoy it, there needs to be something about it to make it feel different, or there need to be characters you connect with and the writing needs to be strong.

This has all 3. Nick and Tess are essentially thrown together to be responsible for the child of mutual friends. in the interest of making sure the vacation happens, neither of their friends are all that concerned with letting Nick and Tess know of the arrangement, or particularly remorseful about what they did. I liked this. It was a different situation, and one in which neither of them could feel ok with walking away from, so the spending time with the enemy worked.

I liked Nick and Tess. I liked that they both had impressions of the other that were not entirely accurate, and I liked that both of them, with a little annoyance, were willing to put this aside in order to keep their promise to their friends. And, I liked this. I liked that we didn't spend a lot of time with them continuing to hate one another and being difficult to one another. While that works, it also gets old. And, this story was about 2 adults, at least most of the time. This appealed to me.

Kim Karr is a wonderful writer. I have enjoyed all of the books of hers that I have read, as her characters are enjoyable, the story is told well, and the reactions of the characters are believable. In this case, I had a small issue with the pacing at the end, as it seemed to really speed up in the last 20% of the book, but other than that, this was a wonderful read.

I've recently found myself drawn to enemies to lovers story lines and this book definitely had elements of that. It was a fast read that had me laughing in spots and sighing in others.

I adored Tess. I thought she was a fun character and would make a fantastic friend. She has some emotional baggage-but who doesn't, really. I love her determination to make this situation she finds herself in work because she wants her best friend to enjoy herself on vacation and not worry about what's going on at home. A good friend indeed.

I can't lie, I fell for Nick right away. There was just something about him that I loved. I didn't find him to be overly cocky, I liked how confident he was-in all aspects of his life. And I swooned with how he behaved with Max. There's no other way to put it, it was adorable.

The supporting characters in this book worked really well. I enjoyed seeing the friendships and relationships blossom, and they made me want to learn more about them-I'm looking at you, Jace.

I will say that while this was a fast read for me, the ending was a bit too fast. There were some things that just felt rushed to me and I wish they could have been fleshed out a bit more. Overall though I enjoyed this book and am already looking forward to Kim Karr's next book. I would recommend this book.

She grew up in Rochester, NY and now lives in Florida with her husband and four kids. She's always had a love for reading books and writing. Being an English major in college, she wanted to teach at the college level but that was not to be. She went on to receive an MBA and became a project manager until quitting to raise her family. Kim currently works part-time with her husband and recently decided to embrace one of her biggest passions--writing.

Kim wears a lot of hats! Writer, book-lover, wife, soccer-mom, taxi driver, and the all around go-to person of her family. However, she always finds time to read. One of her favorite family outings was taking her kids when they were little to the bookstore or the library. Today, Kim's oldest child is seventeen and no longer goes with her on these, now rare and infrequent, outings. She finds that she doesn't need to go on them anymore because she has the greatest device ever invented--a Kindle.

Kim likes to believe in soul mates, kindred spirits, true friends, and Happily-Ever-Afters. She loves to drink champagne, listen to music, and hopes to always stay young at heart.

The Dream Guy Next Door by Lauren Blakely-Cover Reveal 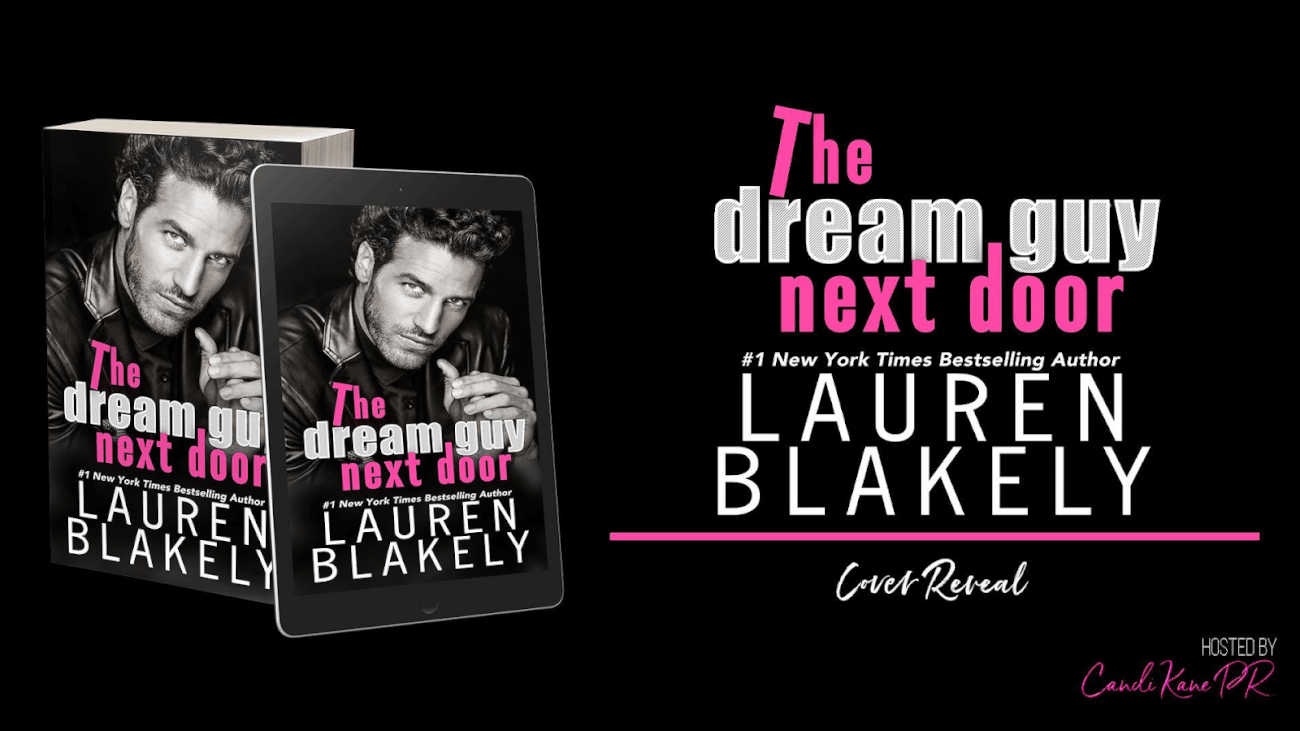