She's after payback, but there's no way she's going to get it. 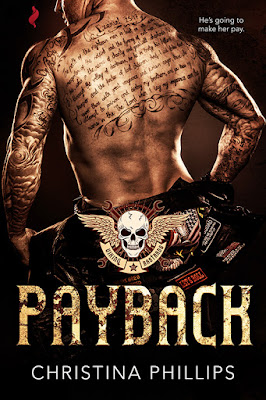 I don't fuck girls who work for me, but as soon as Amelia turns those big green eyes on me I know she's trouble. I can't keep my hands off her, and the almost-but-not-quite-sex we share in the kitchen is the hottest thing I've ever had. Except she calls it quits, before we've even started.

Instead of moving on, she’s all I can think about and that's bad news. I'm breaking all my rules for her, and don't even care.

Until I find out who she is and what she really wants. She's after payback, but there's no way she's going to get it. No way in hell...

Get HOOKED on the Viking Bastards MC 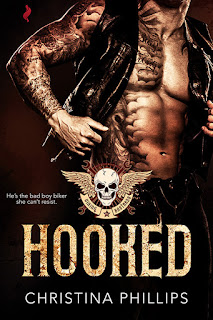 Christina is addicted to good coffee, expensive chocolate and bad boy heroes. She writes on the sizzling side of naughty, and loves bringing her tough biker heroes to their knees (her heroines enjoy this, too ☺).

Christina is also owned by three gorgeous cats who are convinced the universe revolves around their needs. They are not wrong.