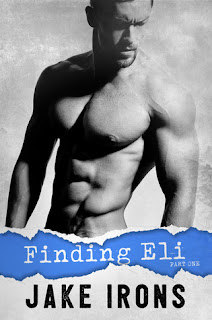 When you have a thrice-a-day Starbucks addiction, a love affair with Louboutins, and an apartment in one of the most expensive cities in the world, the last thing you need is to lose your job. But that’s what happened to me—or what will, unless I can pull off the impossible: find Eli Murphy.

Eli, notorious playboy and New York City high roller, is the founder of the newzine where I work. He's been MIA for three years. But I think I can find him. If I do, and I get his story, I can keep my job.

What could go wrong?
Ask me when I’m tangled in my lies—and his bed sheets.
Ask me when we’re running for our lives.

There are things I liked about this book, so I am going to start there, however they were not enough at the end for me to be able to give this a positive rating.

Just the one...but unfortunately, when you are not able to totally buy in to the start of the romantic relationship, there isn't a lot of room to go up from that.

Eli's thought process. Well. It went something like this..."I think she might have been sent by the people I am hiding from (I will not spoil why he is hiding or who he is hiding from) but, I really want to fuck her...so I am going to ignore this. And, since she can't do what she might have been sent to do to me while we are naked, it is all good. And, while I am at it, I am not going to ask her if she was sent by them, because 1. She could lie and 2. If I ask, she is honest, and says yes, well, then I am not going to be able to fuck her. So, I won't ask until later. Cool."

I was not able to get past this.

Writing is highly subjective, as are reviews, and I am sure this is just my opinion and that it is one that others are not going to share. That said, I am planning to read the conclusion of the book, as while this one did not work for me, I do want to see how it is going to end, and where it is going to go from here.

It am not able to recommend this book, but I reserve high hopes for the next one.