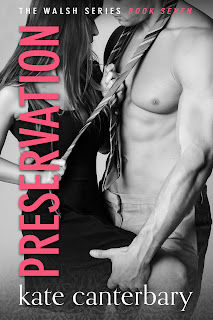 Just once, she'd like to be someone's first choice.
She's strong-willed and spunky, but she's left picking up the pieces from her ex's lies and manipulations, and daydreaming about taking a scalpel to his scrotum.

Flying under the radar is what he does best.
He's laid-back and loyal, but he wants the most off-limits woman in his world, and nothing will ever make that a reality.

An arrangement of mutual benefit.

Two months, four dates.
Five, if things go well.
Five at the most.
But possibly six.
Definitely no more than six dates.
Only the appearance of a romantic relationship is required, and they expect nothing more from their time together. There will be none of those benefits involved.

After waking up in bed together—very naked and even more hungover—the terms and conditions of their arrangement no longer apply. Now they're faced with something riskier than exposing their fake relationship:  letting go of the past and zipping up the future.

Kate Canterbary doesn't have it all figured out, but this is what she knows for sure: spicy-ass salsa and tequila solve most problems, living on the ocean--Pacific or Atlantic--is the closest place to perfection, and writing smart, smutty stories is a better than any amount of chocolate. She started out reporting for an indie arts and entertainment newspaper back when people still read newspapers, and she has been writing and surreptitiously interviewing people—be careful sitting down next to her on an airplane—ever since. Kate lives on the water in New England with Mr. Canterbary and the Little Baby Canterbary, and when she isn't writing sexy architects, she's scheduling her days around the region's best food trucks.

Start The Walshes series for ONLY $0.99 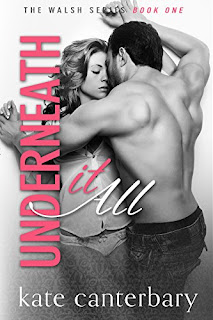