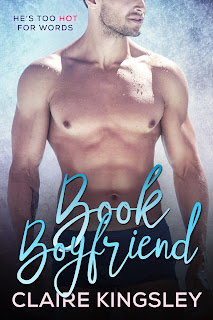 He's too hot for words.

Alex Lawson might as well be the hottest book boyfriend imaginable. A fun, romantic, possessive, panty-melting man. And the best part?

For a girl like me—a slightly awkward book addict—Alex is a dream come true, straight off the pages of my favorite romance novels. But our story is turning into a whirlwind romance—the kind that only exists in books.

And I wonder if we’re heading toward our own happily ever after, or if he’s too good to be true.

Here’s the thing. I’m not a bad guy. Lying to Mia wasn’t part of the plan.

Finding success as a romance author using a female pen name wasn’t part of the plan either. But sometimes life takes unexpected turns.

Like realizing the woman you’re falling for is your alter-ego’s online best friend.

Online, she thinks I’m a woman named Lexi. In person, she knows I’m all man. I want to worship her body and claim every inch of her.

But if she finds out the truth, I could lose everything.

I wanted to like this book, and I did like parts of it. I liked the characterization of the characters, although I had issues with some of their actions.

I thought the writing style was light, fun and breezy. This amused me and made Mia and Alex seem like real people, most of the time. I did like that the book flows smoothly and that the pacing was consistent throughout. I thought the place where the story started was interesting, and a little different, so that was compelling to start out with.

What I didn't like, honestly, is...well...the lack of honesty. I liked that he was conflicted, and I liked that he stayed away from her when he realized that getting involved with Mia would result in him having to keep big secrets from her. The issue I had is that it went WAY too far before she found out. If they are willing to trust one another enough to have sex, there should be enough trust there for him to be willing to share his secret. If there isn't, that is a relationship that should not go forward. But, looking at the other ratings, something I do try not to do until I have finished my review, it would seem that this is just me.

I am also torn on the references to her being a blogger...I thought there was an odd amount of cliche in the book, and in places it seemed a little out of place, like there was maybe too much effort being placed on that being her identity so that in places it felt a little forced.

I did enjoy this overall, and it was the writing style that kept me reading. And I do recommend this, as I am aware that there are a lot of books out there with the whole "I have a super big secret" premise and that this is my own personal pet peeve.

I do recommend this book, with some reservations, but I recommend it.

I love collecting book boyfriends so this title definitely made me smile. I have a list of qualities I look for when adding characters to my book boyfriend list and Alex definitely had some of them. This book was a quick, mostly light, read that overall I enjoyed.

I definitely related to Mia-a woman with a passion for books who blogs about them in her spare time? Yep, I could relate to that. I truly liked Mia, I felt she was a character I'd be friends with in real life-awkward tendencies and all. She had me chuckling a few times as well, from her moments of blurting out whatever she was thinking to fangirling over male models. She was just fun.

Alex DID have some characteristics to make him a good boyfriend. Hot? check. Sexy? check. Swoonworthy? At times. I liked him a lot, but I wanted to love him more. He had the potential but just missed the mark for me after keeping something from Mia longer than I thought he needed to.

Did these characters have chemistry? Yes. Sexy scenes? For sure. There were moments that I thought were very sweet as well.

I liked the secondary characters here. I think they were a good addition and added some good perspective to the story.

Overall, I liked the book and will read this author again. 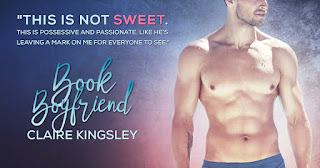 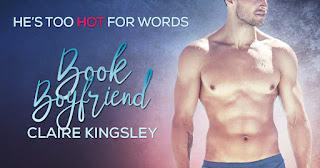 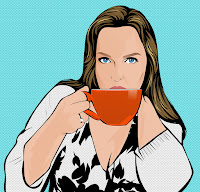 Claire Kingsley writes smart, sexy romances. She's in love with love, and finds inspiration in the stories of broken people who find love and healing together—with a generous dose of steam.

She can't imagine life without coffee, her Kindle, and the sexy heroes who inhabit her imagination. She's living out her own happily ever after in the Pacific Northwest with her husband and three kids.
Author Links 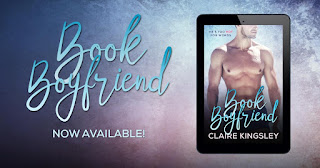