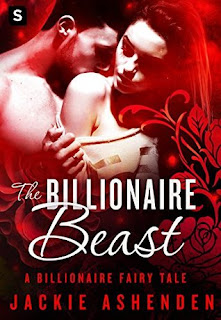 Dark, tortured, and intimidating, these dominant billionaires will steal their innocent heroines' breath away. Overwhelmed by their desire to control their world, they push their heroines to explore their deepest desires. But even the most unworldly of heroines can unlock these billionaires' secrets.

Nero hasn’t left his house in ten years—he demands the world come to him, and the world is only too happy to bend to the strong-willed billionaire. Ruthless, cold, and selfish, Nero wants for nothing and takes care of no one but himself. His last handful of assistants have left his house in tears, but the prim redhead applying for the job looks up to the task. Nero has spent his life shut within the walls he built, with no care to have more than a window to the outside world. But the fiery passion he senses beneath his reserved assistant’s exterior makes him want to break down the barriers he lives behind, and unleash the beast within.

Phoebe needs the obscene amount of money that comes with being Nero’s personal assistant for one thing, and one thing only—to pay for the mounting hospital costs that her fiancee’s two-year coma continues to incur. She’s heard rumors that the de Santis beast is a force that cannot be tamed—but even she isn’t prepared to handle the smoldering intensity simmering beneath his hard shell of feral dominance. Nero is hiding something, something he is fighting with every step he takes. Yet he can’t help but stake his claim on this woman who has shaken up his life, and Phoebe can’t believe this animal of a man is the one person to ever look into her eyes and see her soul. Nero wants to keep her. He wants to devour her. And Phoebe just might let him.

The writing was strong, and Jackie Ashenden is quickly going on the list of one-click authors.  Books like this, and characters like Nero and Phoebe are why.  I just liked both of them, a lot.  He was such a tortured soul, and you wanted things to be better for him.  Because you like him.

I also liked Phoebe.  I thought she was compelling and interesting.  I liked who she was and I liked the way she was written...you relate to her, and you understand where she is coming from.

It's so hard to write reviews without spoilers as I don't want to ruin the fun of the book for anyone else.  But I recommend this title and look forward to the author's next book.

Buy the Book!
Amazon PreOrder/Order Link
Posted by Booked All Night - Laura at 11:00 AM