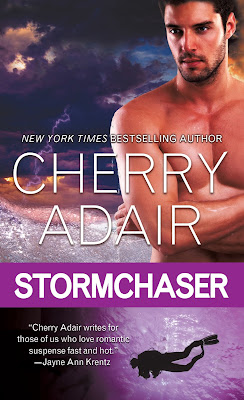 Somewhere off the coast of Greece, a king’s ransom in gold, emeralds, and silver coins lies waiting at the bottom of the sea. Finding this ancient treasure would be a dream come true for marine archeologist Calista West. But that’s not why she’s here. She didn’t climb aboard Jonah Cutter’s magnificent yacht seeking fortune or fame. She’s come for revenge—against the sexiest, most seductive, modern-day pirate she’s ever encountered…

Like his famous half brothers, Jonah is a master of salvaging ships—and driving women mad with his movie-star looks and raw animal magnetism. Tall, dark, and devastating, he manages to make Callie forget her mission. Every moment they share under the hot Mediterranean sun is an erotically-charged adventure neither can resist. But when Callie discovers what he’s really after—the lost city of Atlantis—is it too late to change the course of her heart…or go all in with the lover of her dreams?

The Cutter Cay series is: 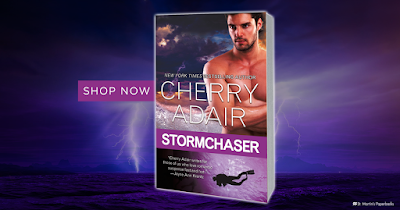 
1. Your novels span many genres. Do you have a favorite?

It depends where I am in the process. Usually my favorite is the one that I just finished. Or the book I'm writing that's going exceptionally well-that one will be my favorite that day. I love writing Chapter One, and I love writing The End. So the answer is- every day I have a different favorite. Lol


2. It’s been a few years since we’ve visited Cutter Cay, are you glad to be back? And what inspired you to return?

Cutter Cay was always intended to be six books. (or as I like to say - a 6 book trilogy lol) Undertow, Riptide, Vortex, Stormchaser. Hurricane and finally Whirlpool (the redhead everyone has been waiting for.)

3. All writers put a little bit of themselves in their stories or characters, is there a certain hero or heroine that could be your alter-ego?

I like to think that my heroines get a little of my snark, and a pinch of my kick butt personality, it would be hard to make them otherwise, but because of each character's backstory they aren't me. (which is probably a Good Thing lol)

4. With your two Cutter Cay Series books being published so close together, I’m wondering if you have something new coming our way.

Whirlpool Cutter Cay book #6 comes out in July, and then at the end of 2017 another Fallen Agents Of T-FLAC Absolute book (Following Absolute Doubt)

5. What is your favorite part of being a novelist?

Everything. I love the process of writing, enjoy plotting the book, love the marketing aspect and especially love interacting with readers and new authors on Facebook.


Cherry Adair has garnered numerous awards for her innovative action-adventure novels, which include White Heat, Hot Ice, On Thin Ice, Out of Sight, In Too Deep, Hide and Seek, and Kiss and Tell, as well as her thrilling Cutter Cay series for St. Martin's Press. A favorite of reviewers and fans alike, she lives in the Pacific Northwest. 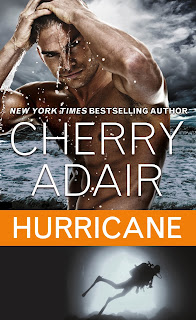 Rydell Case’s ship is his home, his heart, and his reason for being. After his ex-wife left him—taking his brand-new megayacht, Tesoro Mio with her—she sailed off with a royal billionaire and out of his life forever. Now Ry spends his days searching for treasure—until his ship is hijacked. With the prospect of his salvage business tanking, he needs both the ship and his ex back—if only she didn’t despise him more than any man on earth. . .

When Addison D’Marco boards Tesoro Mio to find her ex-husband in her cabin, she’s furious. Ry is more handsome, more annoying, and more determined than ever. Addy can’t believe he has the nerve to demand the ship back after the way he broke her heart. With her fiancé about to board, she doesn’t want Ry back in her life to ignite painful memories and never- forgotten desires. But could it be that, amid troubled waters, Addy and Ry can salvage what they once had and have a second chance at love. . .or does fate have something else in store?

Hurricane by Cherry Adair is part of her Cutter Cay series.
Posted by Booked All Night - Laura at 11:00 AM