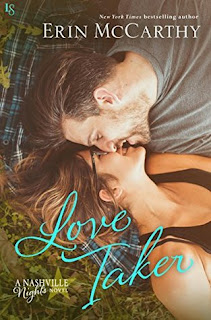 The Nashville Nights series is burning up backstage in this sensual friends-to-lovers novel featuring a good-guy cop and a woman who’s been looking for Mr. Right in all the wrong places.

Pretty-boy musicians are a fixture of the Nashville country scene—and Elle Hart, hairdresser to the stars, is beginning to think that they’re all total pricks. Elle’s dating choices have been a disaster, but at least she has Tucker. Though he’s easy on the eyes, no one would ever accuse Jason Michael Tucker of being a pretty boy. The humble and handsome sheriff's deputy from Elle’s hometown has always been there to comfort her—until the evening their friendship unexpectedly leads to the best sex Elle has ever had.

Tucker has been lusting after Elle since they were an item as teens, but he knows that their wild night of passion is a one-time thing. He’s an old friend, nothing more, and they’re too different to become a couple just because they’ve knocked boots. After all, she hates being back in their hometown, and he’s not so fond of the big city. But when Elle comes to Tucker with news that changes everything, he must help her come to grips with her traumatic past—or risk losing her forever.

This was not my favorite of the series, I must admit.

I liked Tucker and Elle, I did. And I believed they were really great friends, and I sort of believed the transition to lovers.

The issue I had with the book is a spoiler, so suffice to say I am not the biggest fan of the friends to lovers trope when they use an outside event to spur the romance. In this case, there was a history, and there was a current friendship...but when I read a romance, I want to believe that there is nothing that would have kept them apart, that they were meant to be. And, in this one, I think I left with the feeling that they would have never happened were it not for that outside event.

This feeling left me struggling with the resolution of the story. And, I think in a lot of ways, it felt like the author did as well, not being totally convinced that the story and the resolution was fully sold.

There was a rather off-putting, at least for me, declaration of love in which they make it clear to the other that they now love one another romantically and not as just friends...and I wanted to scream "show me, not tell me" and I think that sums up how I felt about the book. I was shown the relationship as friends. I was told about the relationship as lovers.

So, for me, I felt that I was left a little lacking in the romance for me to really engage with this book.

Amazon
Posted by Booked All Night - Laura at 8:00 AM