A hot hookup in a cold beer cooler changes everything! 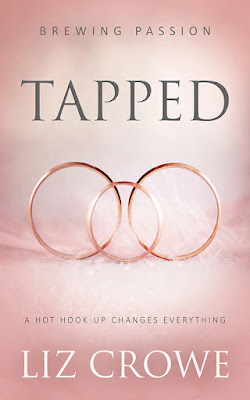 For Austin, it's a life-altering moment that sets him on a path away from his birthright, while Evelyn must face her fears about committing to a man considered the playboy of the micro-brewing world.

But three strong personalities don’t always make for the best emotional mix and when a simple misunderstanding causes chaos, it’s up to Ross to somehow repair the tattered shreds of their relationship. 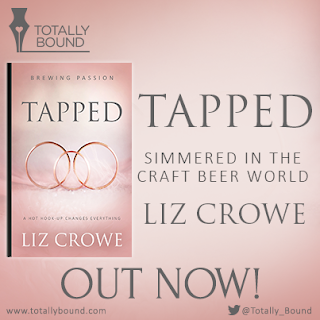 Amazon best-selling author, mom of three, Realtor, beer blogger, brewery marketing expert, and soccer fan, Liz Crowe is a Kentucky native and graduate of the University of Louisville currently living in Ann Arbor. She has decades of experience in sales and fund raising, plus an eight-year stint as a three-continent, ex-pat trailing spouse.

Her early forays into the publishing world led to a groundbreaking fiction subgenre, “Romance: Worth the Risk,” which has gained thousands of fans and followers interested less in the “HEA” and more in the “WHA” (“What Happens After?”).

With stories set in the not-so-common worlds of breweries, on the soccer pitch, in successful real estate offices and at times in exotic locales like Istanbul, Turkey, her books are unique and told with a fresh voice. The Liz Crowe backlist has something for any reader seeking complex storylines with humor and complete casts of characters that will delight, frustrate and linger in the imagination long after the book is finished.

Don’t ever ask her for anything “like a Budweiser” or risk bodily injury.

a Rafflecopter giveaway
Posted by Booked All Night - Laura at 2:30 PM