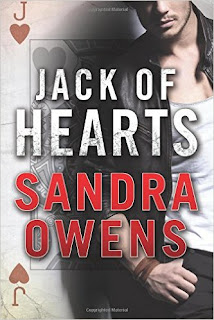 Alex Gentry doesn’t scare easily. Working as an undercover FBI agent in the biker bar he and his brothers co-own, he hangs with deadly criminals in order to gather information. Danger is just part of the family business. But one thing has him terrified: his attraction to Madison Parker.

Madison is the cousin of Ramon Alonzo, son and second in command to a notorious drug lord Alex is trying to bust. Alex has befriended Ramon as part of his cover, and Madison has unknowingly become his informant. Falling for her could risk this case—and both their lives.

All Madison wants is to get her new bookstore business off the ground, and for her creepy cousin Ramon—to whom she’s unfortunately indebted—to leave her alone. If she could only stop fantasizing about his mysterious new friend, Alex…

As the Alonzo cartel investigation heats up, so does their relationship. But will the secrets they’re keeping tear them apart—or get them both killed?

I picked this one up and put it down a couple of times.  And, unfortunately, it just didn;t work for me.

Alex and Madison had chemistry, they had passion, and I liked them as a couple...the issue was I just didn't believe the situations they found themselves in...and I never believed he would sneak into her window on a continual basis, as an example.  I don't want to get into specifics about what didn't work for me, as that will spoil it for others.  But I didn't believe the story which made it tough to invest in it.

This is my first book by the author, and I am interested in reading others, even though this was more of a miss than a hit for me.