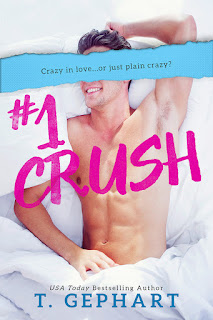 Title: #1 Crush
Series: #1 Series #1
Author: T. Gephart
Genre: Contemporary Romance
Release Date: February 20, 2017
Blurb
Tia Monroe was smart, sassy and successful. Sure, she could get a little crazy at times—life around Tia was never boring—but that was part of her appeal. And while she didn’t see herself as ‘classically beautiful’, she had no shortage of options in the boyfriend department. She just hadn’t found one who held her interest.

Until she laid eyes on Eric Larsson, and then it was lust at first sight.

He packed the perfect mix of smoldering sexy and unapologetic cool into his blond-haired, blue-eyed, ridiculously hot six-foot-four frame. One smile from him was enough to twist her insides, making her girlie bits tingle in the most delicious way. But it wasn’t just his looks, he was smart and funny—charming in the most a-dork-able way.

The only problem was . . . Tia had never actually met him.

Eric Larsson was one of Hollywood’s hottest movie stars, rising to the top of his game and leaving a trail of disintegrated panties in his wake. Tia’s were no exception—but she wasn’t delusional. Love, marriage and happily-ever-after were not part of her fantasy; she just wanted to meet him. Just one time. One time. Confident that just seeing him in the flesh would get him out of her system.

So, with her resolve steeled, Tia set off on a quest to make it happen while avoiding her mug shot being splayed across the five o’clock news.

The journey no doubt will make for one hell of a story.

Who doesn't love the idea of meeting their celebrity crush? I know I have a few people I wouldn't mind meeting. So this book's blurb definitely caught my eye and had me intrigued.

I liked Tia. I thought she was fun and quirky and unique. She was determined to meet Eric, not intending for it to be anything more than a quick meet and greet. She certainly didn't expect it to turn into anything else-one quick meet and she would be satisfied. However, she got more than she bargained for.

Eric was cute. He was funny. He was...an actor. He was an actor with a heart and a good sense of humor. I definitely understood Tia's crush on him. I liked his down to earth approach about his own fame-and I loved that banter he shared with Tia.

I liked these two together-I did. I did want a little more romance between them, not just the laughs that were there. But the writing was solid, the secondary characters were funny. The pacing was ok. The sex was good-which always helps-but I was left wanting just a little bit more from the two of them.

Usually, I avoid reading other reviews before I write mine, but in this case, I was curious if it was just me. Based on the reviews posted, it was.

Tia and Eric were fun, and they were funny. But, to me, the premise, their relationship and the humor took away from the story. I felt like I was reading a comedy with some romance instead of one that was romance first. This caused issues for me with the pacing and the plot...and, like I said, it seems to be just me.

The comedy and the humor were really well done. I was laughing out loud in places. Were this a "comedy" I think it would be a 5 star read for me, but as a romance it fell a bit short. Not bad, just not what I was looking for. 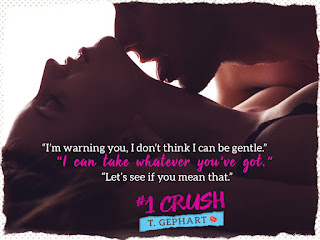 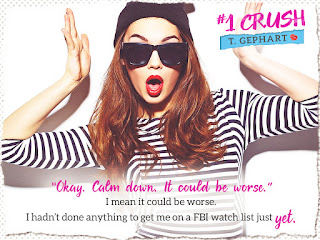 “Oh my God.” The words wheezed out of me as all the oxygen escaped from my lungs. My chest tightened like I’d been kicked right in between my ribs.

There he was a few feet behind me slowly making his way toward me.

Both sides of the line screamed at him as he patiently walked from side to side, signing autographs and taking selfies. Each step he took inching him closer to where I had frozen, my eyes bulging out of my head like a complete lunatic.

Eric Larsson, right in front of me.

And not even internet stalking could have prepared me for what he looked like in real life.

So handsome he almost didn’t seem real, and as much as I tried I couldn’t stop staring.

Say something my mouth begged as my brain continued on its mental vacation. My eyes scanned every inch of his body like it was planning to build a 3-D replica.

Holy hell he was wearing the absolute fuck out of that suit. Every inch of the fabric curling around his delicious body like its life depended on it. And believe me, even though he was covered from head to toe in tailored Tom Ford perfection—I’d seen photos of him in this particular suit before—it did nothing to hide how obscenely hot he was.

My heart thumped loudly as he took another step closer, his eyes remaining on the crowd.

It rang out clear despite the noise around us. It took me a minute to realize that while my brain had stalled, my mouth hadn’t suffered the same fate. My lips still open as his name left them.

Who the hell yells out his last name? I panicked, unable to tear my eyes from him as his head lifted and his eyes settled on me.

Eric Larsson was looking at me.

His brow lifted in acknowledgement as his lips curled, momentarily blinding me as he flashed his trademark smile.

Well, if that wasn’t an invitation, I didn’t know what was.

So, even though I was struggling to breathe—my ability to remain upright also not guaranteed—my feet moved me closer toward him. My internal pep talk worked overtime as I reminded myself we were on a mission. Two minutes of eye contact, conversation . . . and something about me finding out what an asshole he was.

“Hi.” The best I could do given the circumstances.

Intellectually I knew the man was tall. I mean, in my head I figured I knew what six-foot-four looked like. But as I lifted my eyes, it didn’t come close to where I should be looking, my gaze hitting his chin before I tilted my head even higher.

“Hi,” he responded, the single word sent a shiver down my spine as he unleashed another blinding smile.

Those eyes were something else. The clearest blue I had ever seen, and though I knew it wasn’t possible it seemed like they illuminated from the inside out. Like magical orbs, the weight of their stare hypnotized me, pulling me in closer like a force field. I couldn’t have looked away if I’d tried. Not that I tried, and not that I wanted to.

And oh Lord have mercy, did he smell good. Mouthwatering. Ridiculous that it would even get a mention given I already had those eyes, his face and his delectable couture-wrapped body to contend with. Yet there was his scent wafting up my nose uninvited. A sadistic mix of sexy, clean and masculine—probably Calvin Klein—overwhelmed me as I fought the urge to bury my head in his neck and inhale him like a line of cocaine.

Say something you dumbass. My mouth begged as my hand, completely of its own accord, reached out and rested on his arm.

Holy. Freaking. Shit. I. Was. Touching. Him.

Do not moan, I reminded myself.

“Congratulations on the movie.” Words poured out of my mouth, thankfully in a sequence that made sense, as my fingers struggled not to caress the fabric of his suit. My fingers didn’t listen, slowly stroking in small—slightly inappropriate and rather suggestive—circles.

Wow, this is a really, really nice suit.

Do not lick it. 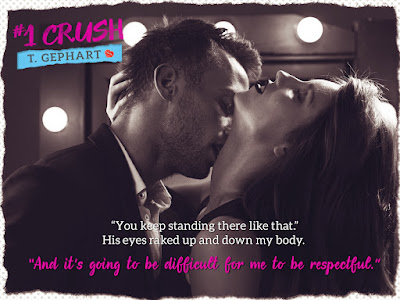 T Gephart is an indie author from Melbourne, Australia.

T's approach to life has been somewhat unconventional. Rather than going to University, she jumped on a plane to Los Angeles, USA in search of adventure. While this first trip left her somewhat underwhelmed and largely depleted of funds it fueled her appetite for travel and life experience.

With a rather eclectic resume, which reads more like the fiction she writes than an actual employment history, T struggled to find her niche in the world.

While on a subsequent trip the United States in 1999, T met and married her husband. Their whirlwind courtship and interesting impromptu convenience store wedding set the tone for their life together, which is anything but ordinary. They have lived in Louisiana, Guam and Australia and have traveled extensively throughout the US. T has two beautiful young children and one four legged child, Woodley, the wonder dog.

An avid reader, T became increasingly frustrated by the lack of strong female characters in the books she was reading. She wanted to read about a woman she could identify with, someone strong, independent and confident and who didn't lack femininity. Out of this need, she decided to pen her first book, A Twist of Fate. T set herself the challenge to write something that was interesting, compelling and yet easy enough to read that was still enjoyable. Pulling from her own past "colorful" experiences and the amazing personalities she has surrounded herself with, she had no shortage of inspiration. With a strong slant on erotic fiction, her core characters are empowered women who don't have to sacrifice their femininity. She enjoyed the process so much that when it was over she couldn't let it go.

T loves to travel, laugh and surround herself with colorful characters. This inevitably spills into her writing and makes for an interesting journey - she is well and truly enjoying the ride!

Based on her life experiences, T has plenty of material for her books and has a wealth of ideas to keep you all enthralled. 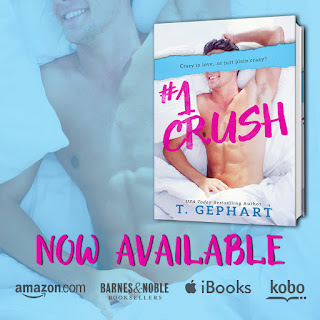